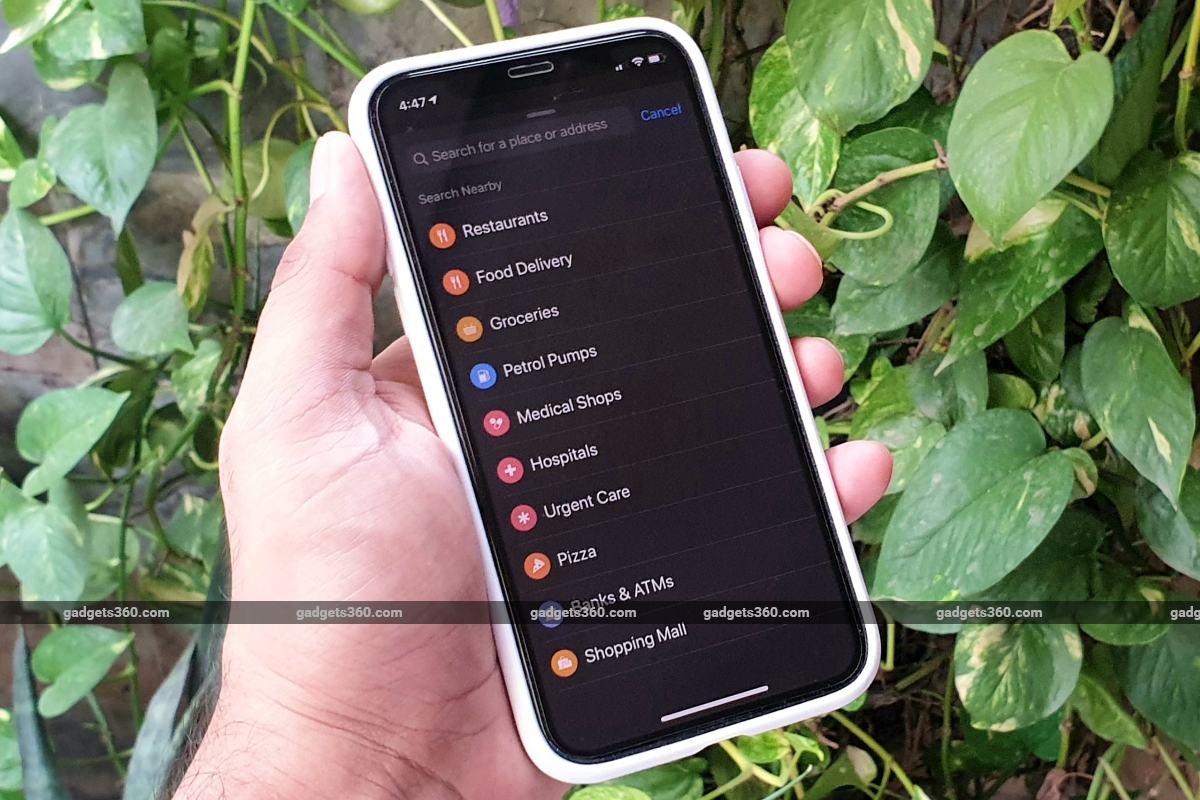 Apple Maps has enabled the Nearby feature in India to let users find nearby establishments including food delivery, groceries, medical shops, petrol pumps, and restaurants, among others. Alongside the new change for Indian users, Apple has also expanded real-time transit information on its Maps app across Canada, Sweden, and the Netherlands. The real-time transit feature that was enabled initially in some US cities to provide live departure times, arrival times, and the current location of public transportation has also reached many new cities in the country.

With the arrival of the Nearby feature on Apple Maps in India, you can now easily look at places such as your nearby food delivery centres, grocery shops, hospitals, medical shops, petrol pumps, restaurants, and shopping malls. All you need to do is tap the search field on the Apple Maps app to start searching for your nearby attractions.

The Nearby feature has been anticipated since the debut of turn-by-turn navigation on Apple Maps for Indian users back in January 2019. Also, the new move makes Apple’s mapping app a stronger competitor against Google Maps that is offering a similar nearby attraction functionality for quite some time.

Other new expansions on board
Additionally, Apple Maps has enabled real-time transit information across Canada, England, the Netherlands, Scotland, Sweden, and Wales. The feature has also reached 32 new cities in Australia, China, and the US. It was initially launched in the US for cities including San Francisco Bay Area, Washington DC, New York, and Los Angeles to provide detailed transit schedules, live departure times, arrival times, and the current location of a bus or train en route.

The expansion of Apple Maps features was first reported by German blog iphone-ticker.de. However, the list on the Features Availability microsite was updated at the time of filing this story to reflect the changes officially as well.

It is important to note that the new features would take some time to reach all Apple users in the listed locations. Thus, you should wait for some days if your Apple device isn’t showing any of them at this moment.

Is iPhone SE the ultimate ‘affordable’ iPhone for India? We discussed this on Orbital, our weekly technology podcast, which you can subscribe to via Apple Podcasts or RSS, download the episode, or just hit the play button below.

Signal Back Up: Users May See Some Errors, Company Says Will Be Fixed in Next Update