Wolfwalkers, the third and final entry in director Tomm Moore’s Irish folklore thematic trilogy, is out now on Apple TV+. But for Moore, his co-director Ross Stewart, and the writer Will Collins, the journey began seven years ago. Unlike big Hollywood studios, Cartoon Saloon — the Irish animation studio co-founded by Moore and which all of them work for — doesn’t have access to piles of money. The budgets for its movies are a fraction of what the likes of Pixar get to spend. And even that’s not easy to come by, Stewart told Gadgets 360.

“Animated movies always take a long time and especially so when you have to try and find funding for it,” Stewart said earlier this week over video call from Ireland. “That adds a long time, a long process to it. The actual production of the film probably took about the same amount of time as another animated film, like it was two and a half to three years. But add on an extra four years on top of that just to try and find the money.”

It’s quite frankly amazing that Cartoon Saloon delivers feature-length works that can stand next to the best of them, without a similar level of resources. Wolfwalkers is its fourth, after 2009’s The Secret of Kells, 2014’s Song of the Sea, and 2017’s The Breadwinner, all of which have been nominated for Oscars. Cartoon Saloon is currently working on its fifth, My Father’s Dragon, to premiere in 2021 on Netflix.

And like the ones that came before it, Wolfwalkers involved painstaking work as the Irish outfit is all about hand-drawn animation, an art form that has largely been replaced by computer animation.

“All the animators are fairly skinny, we don’t feed them much,” Moore joked. By Cartoon Saloon’s standards, Wolfwalkers was big budgeted, Moore said, given they had double the pot size of Song of the Sea, the second entry in Moore’s trilogy.

From Wolfwalkers to Tenet, What to Watch in December 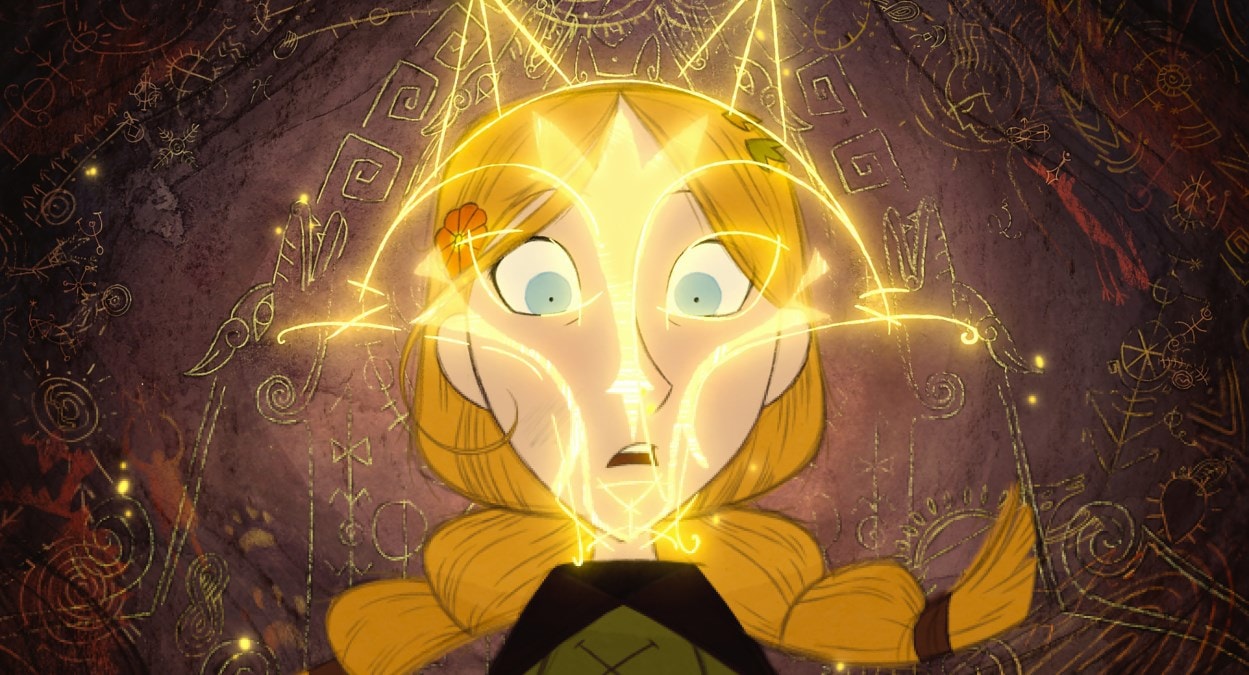 Moore added: “Even though we knew it was a small budget by international standards, Ross and I felt like we could pull out all the stops and have an army and a pack of wolves and crowds. We did a lot of things on Wolfwalkers that we would not have been able to afford to do. Like if you see Song of the Sea, the streets of Dublin are suspiciously sparsely populated. There’s only a few people walking there, compared to Wolfwalkers.”

The extra money allowed them to create “wolfvision”, Stewart notes. In the fantastical world of Wolfwalkers, there are human beings who can not only control wolves but also have a wolf avatar of their own, which leaves their body at night when they sleep. The film takes a wholly different approach to depicting how the wolf avatars see the world. Since wolves have a great nose, all the smells are shown in colour, wafting through the environment. Everything else is shades of grey.

“That was such a laborious process, to have these fully rendered backgrounds drawn again and again and again,” Stewart said. The total amount of wolfvision on screen is just 3 minute and 20 seconds, wolfvision designer Eimhin McNamara told journalists. But rendering it took the full length of Wolfwalker‘s production.

Stewart added: “So, Secret of Kells days, we wouldn’t have even envisaged doing something like that. It would have been like, ‘Yeah we can’t do that. Like, we can’t afford to do that.’” 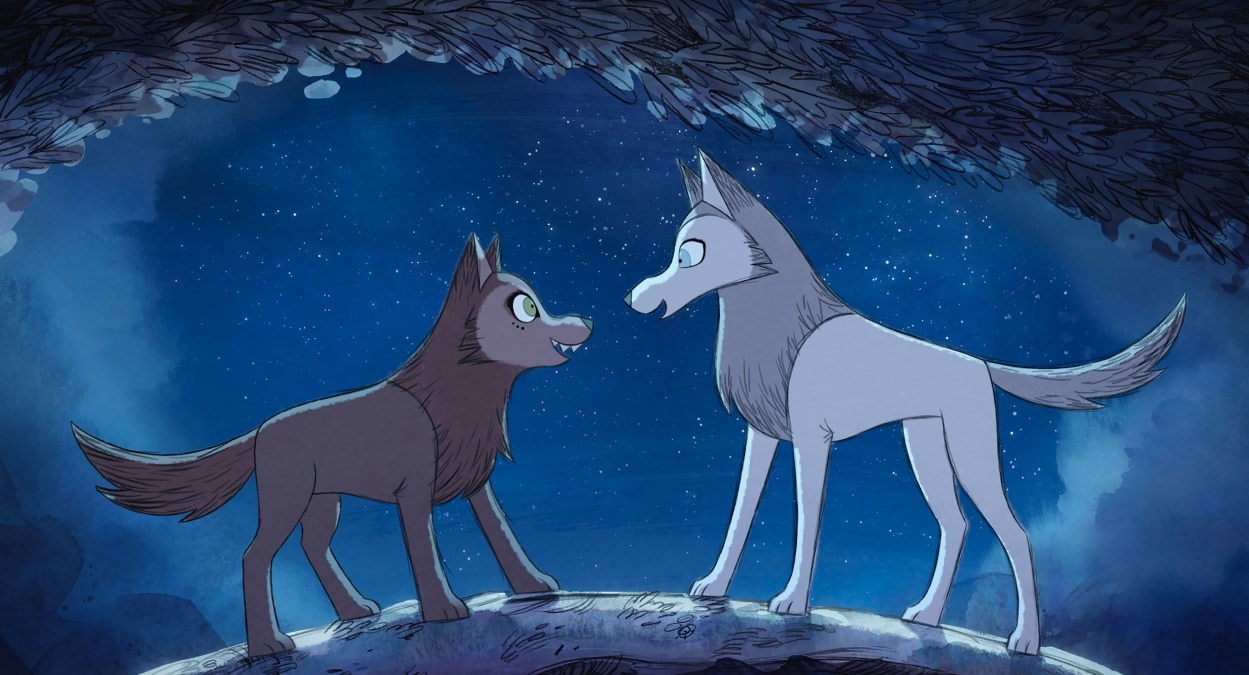 Not everything the extra money allowed them to do is visible on screen. Moore notes that on The Secret of Kells, they were “always against the clock because we had limited finance and limited time.” But that wasn’t an issue on Wolfwalkers, where they spent an additional eight to nine months reworking the animatic after they got notes. Animatic is an animated storyboard, which allows filmmakers to visualise what the film will look like.

“That’s really costly, but it’s not part of what’s on screen, except for the fact I think the story is stronger for it,” Moore added.

Speaking of the story, the trio — Moore, Stewart, and Collins — began developing an idea for what would become Wolfwalkers even before Cartoon Saloon released Song of the Sea. And because of the critical success for both The Secret of Kells and Song of the Sea, they were willing to take a few more risks on Wolfwalkers.

In some ways, it’s a homecoming too. Wolfwalkers is set in the Irish city of Kilkenny, where Cartoon Saloon is based. Except it takes place 370 years ago in 1650, as the genocidal Oliver Cromwell began a religiously-fuelled conquest of Ireland. Moore believes Cromwell was responsible for the most damage to the natural environment, as one person can do in his lifetime. And that plays into the film’s themes.

“Wolfwalkers is very much a film about compassion and understanding, and the dangers that lack of compassion towards humans and lack of compassion towards their environment, can cause so much harm and grief and suffering,” Collins told Gadgets 360. “[And the entire trilogy,] they’re all in a way — they’re all stories, in one way or another, about healing, I feel. And the efforts to try and heal, whether it be as a society, personally, or environmentally.” 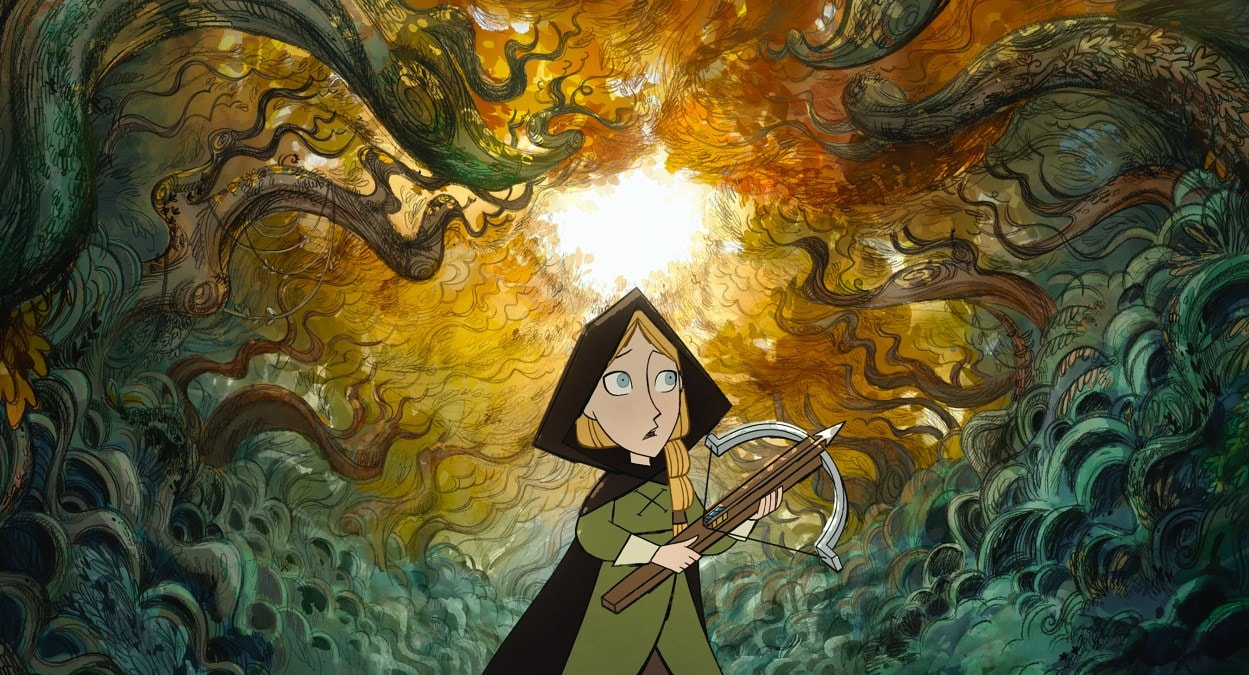 Moore added: “Ross and I wanted to really focus on the polarisation between people. The idea that you might be hunting something and then you’d learn what it is to be the one that’s been hunted. And that kind of tied in with the idea of preservation of the environment and species extinction.

“Those themes were[…] kind of there in Song of the Sea, the connection between folklore and seals. And the connection that folklore gave us to the environment and to nature.

“And I think we just kind of strengthened and developed that theme a bit more [on Wolfwalkers], given the fact that wolves are completely extinct now in Ireland. We lost some folklore when we lost them and all that interconnectedness.”

Moore has been emphatic that Wolfwalkers is the final chapter in his Irish folklore trilogy, but that doesn’t mean he’s not open to another Irish folklore animated movie. He just doesn’t see it as part of this series, though.

“I would say we would start repeating ourselves if we did another one,” Moore added. “I mean, it’s in our head that this is like a triptych that fits together in terms of theme. But you never know. Like, we could make another Irish folklore film in the studio. But it wouldn’t necessarily be in our heads that it’s part of this three. There would be something different about it, because by the time it comes around, it’ll probably be [another] six or seven years. We’re already busy with other projects now.”

Stewart added: “And it’s good as well, because Cartoon Saloon wouldn’t want to be pigeonholed. People thinking like every Cartoon Saloon film that comes out should look like this or should tell this story. And already, The Breadwinner, has broken that run of the two films. And My Father’s Dragon will be again something different. So I think it’s good to have the reel of Cartoon Saloon show as many different directorial kind of stances as there is.”