59 apps have been banned over security and privacy concerns, and two of these were popular file sharing apps Shareit and Xender. While the urls for these apps are not working any longer, and the cloud services are also down, for the local sharing and management features, the apps continue to work if they have already been installed. For iOS users, Xender is still available on the app store; at the time of writing. The most useful features of these apps is the ability to transfer files between smartphones, between the phones and computers or back up the files on the cloud. Considering the restrictions on Apple devices, and the containment of apps, many of the alternatives for these file managers are not even available on the App Store. However, Android users have a choice of alternatives. The main options to replace Xender or Shareit are Dropbox, JioSwitch, Files by Google and Shareall. Here are more details about the best picks of Team Digit:

Dropbox is essentially a cloud storage manager, that is similar to Google Drive. The subscription plans for additional storage is economical, with 2TB available for ₹969 a month whereas the same amount of storage on Google Drive costs ₹1,300 a month. Dropbox allows you to free up space on your devices by uploading files to the cloud. The links to the files on the cloud can be shared with others through links. It is possible to share a single file or folder, and additionally password protect the access. There are some very thoughtful features in Dropbox, such as an inbuilt feature to scan documents, and the ability to automatically send photos clicked on the device to a computer that is connected to the internet. The app also allows you to save voice memos or photos directly to the cloud without using up space on your device in the first place. This is extremely convenient as several steps are automatically skipped in the process of sending content from the phone to the desktop. The app works just as well on both iOS and Android. For those who use Dropbox primarily from their computers, the mobile app allows you to share files on the go, change permissions, and even manage the files in the cloud storage. The main feature lacking in Dropbox is the ability to send files from one device to another directly, without an internet connection. 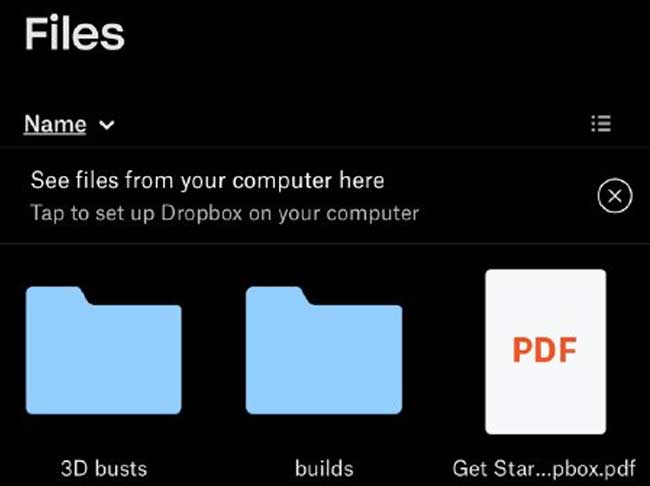 JioSwitch is a fast and easy to use application that allows you to send and receive files between two smartphones. The app automatically detects the files on the device and allows you to select multiple files before sending, and gives you an estimate of the transfer time. One of the advantages of JioSwitch is that it allows users to send files from an iOS device to an Android device, with an additional step of using the iOS device for connecting to a WiFi hotspot created by the Android device. While JioSwitch is very good for transferring files between devices, it has no cloud storage functionality, and does not allow you to transfer files between a smartphone and a computer. There are no file management apps. The user interface is very simple, and the app is good at what it does. If you want to install a single app for transfering files between device, then just install JioSwitch. 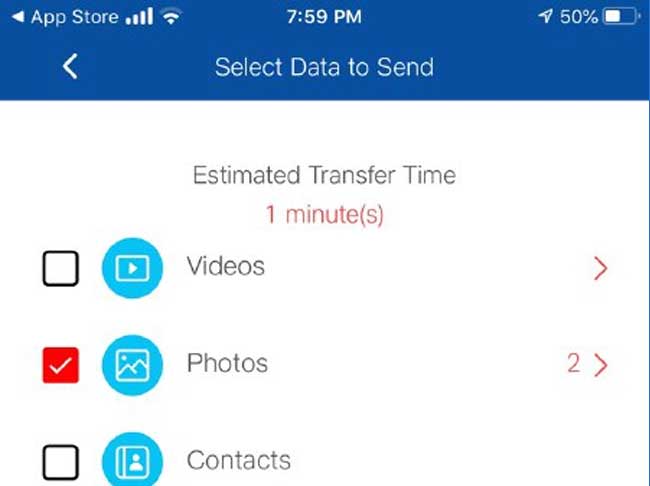 Formerly known as Files Go, Files by Google is a storage manager that is primarily used for clearing up memory on the device, quickly deleting junk files, and getting rid of duplicates. The application integrates deeply with the Android OS, and gives smart recommendations such as deleting apps that you do not use, or getting rid of temp files that are affecting the performance of the device. You can quickly clear up the phone memory by transferring all files to an SD card.
Files also has the features that you would expect from a file sharing app, and as long as another person has the app installed on their device as well, any type of file can be transferred between the two smartphones. Files allows you to backup files on Google Drive, but also supports third party cloud storage providers. 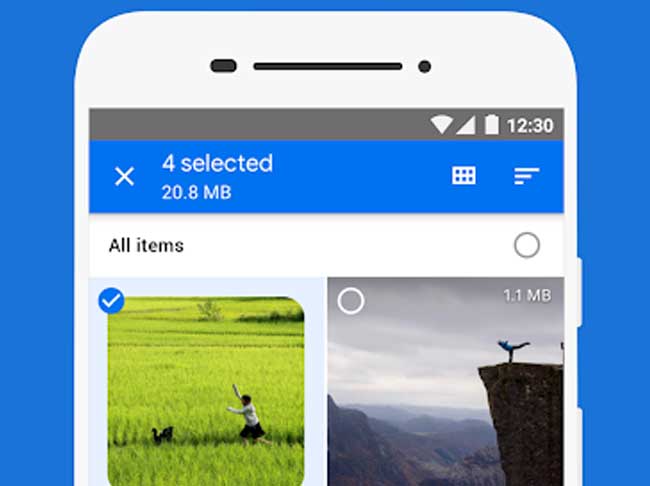 Share All is a basic file sharing app with a very low system footprint of less than 8 MB. It allows you to quickly share files between devices without an internet connection or a cable. The devices are paired, and the files are transferred from within the app. That is all there is to it, and the app does not have any extra bells and whistles. There are no file management features, or the ability to use cloud storage. This app has been built for the sole reason of transferring any file between two smartphones. The explorer for the files has tabs that automatically bins content by type, such as videos, photos and music. 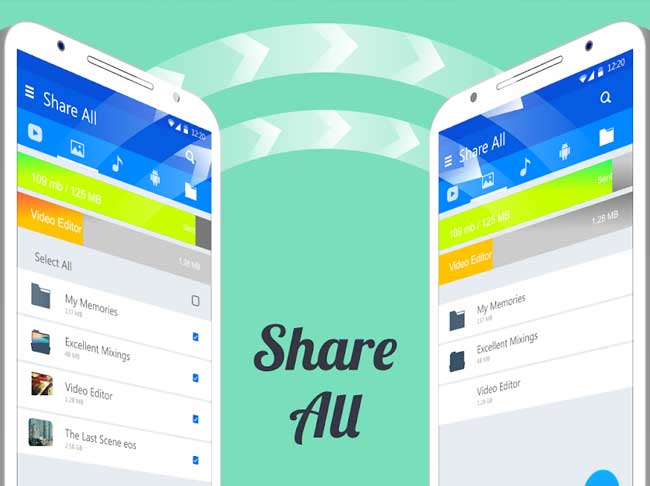 Sendanywhere is a powerful little app that allows users to transfer files between two devices, with or without an internet connection. The files load up immediately after you fire up the app, and the user experience is blazing fast. From the manager screen, you can just select multiple files and then choose send. Here you will get a qr code to transfer the files, a link that can be shareable, or the option to connect locally to another device without the internet. The link or code can be sent over IM clients to another device. The utility of this app is that it works just as well on devices that are far away as well as closer together. The link for sharing the file expires after the transfer, and the files are not stored anywhere in the cloud. This is a fast, secure and simple way to transfer files between devices. The app works on computers, and smartphones from both Android and iOS just as well. 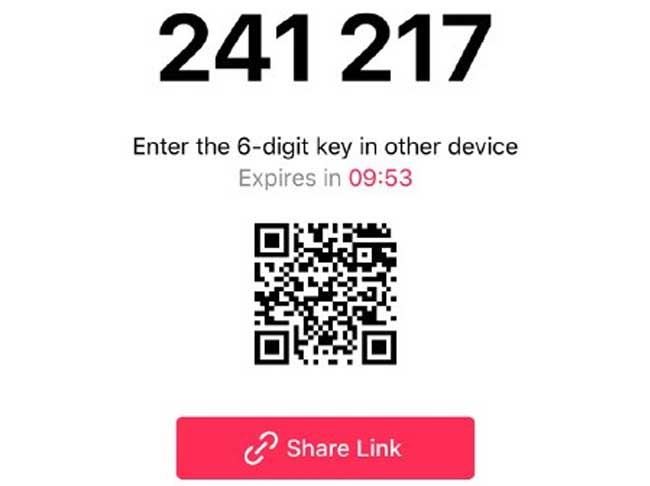