Call of Duty: Mobile has introduced a brand new class for the Battle Royale mode called the Smoke Bomber. As with every other class in the game mode, this one adds a whole new tactical advantage to players provided they know what they are doing. Here’s a quick look at what the class is capable of and how plays can acquire it.

The Smoke Bomber class’s passive ability is to see through smoke generated by smoke grenades. Enemies in smoke are outlined in red, making it easier for players to shoot at them. Another passive ability is a speed increase when attacked. It also slows down opponents in the smoke.

The class’ main ability is called Cluster Smoke Grenades. As the name would suggest, the ability lets the player throw a cluster smoke grenade that blankets a whole area with smoke. Thanks to the class’ passive ability, players will be able to see their enemies through the smoke 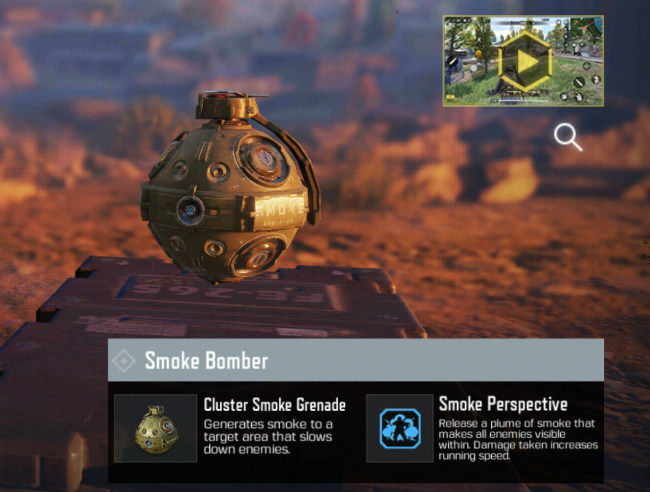 The Smoke Bomber’s passive and active abilities make it a pretty good all-rounder for defensive as well as offensive abilities. Not only that but when used correctly, it can be used to turn around an ambush to the player’s advantage. The abilities also make the Smoke Bomber Class effective against opponents who outnumber the player.

Call of Duty: Mobile Smoke Bomber: How to get it 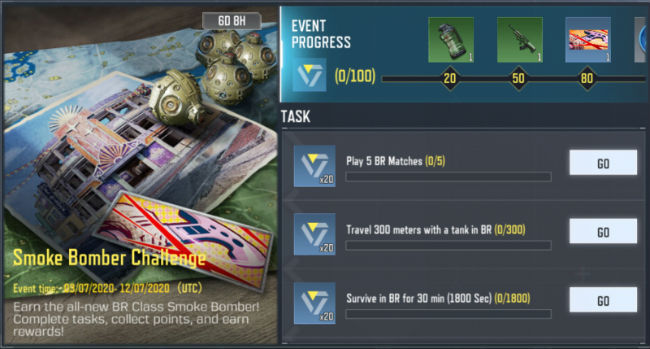 As with any new Battle Royale class introduced in Call of Duty: Mobile, players will have to earn it. This can be done via the Smoke Bomber Challenge event that is currently live. The challenges tasks players with getting a score of 100 by completing certain objectives. These range from simply playing Battle Royale to travelling a certain distance in the Tank. It should also be noted that some objectives offer 10 points, while others offer 20.

Also, the challenge will only be available until July 12. After that, players will have to wait until the class becomes available for purchase in the Credit store.