Call of Duty: Mobile’s Halloween events are still going on. However, the developers have one final event up their sleeve. Call the Undead Fog, the event will see the introduction of zombies to battle royale. Not only that, Halloween itself will see a special one-day-only event on the new Alcatraz map.

During battle royale matches, players now have to deal with zombies besides other players. However, as a bonus, zombies will drop items such as loot when defeated. On top of this, the map will feature mystery boxes scattered in various locations. These boxes include rare items and weapons.

On October 31 however (UTC), dense fog will envelop the entire map. This will make it considerably harder for players to spot enemies or even zombies. As such, long-range weapons like  https://www.digit.in/news/gaming/call-of-duty-mobile-season-11-anniversary-update-everything-you-need-to-know-56808.html are pretty useless unless you are skilled for quick scope headshots. It should be noted that the fog will only happen on October 31, while the zombies will be on the map till November 5.

Alongside this, there is also the featured event that will reward players for completing missions and tasks in battle royale. This includes anything from Halloween-themed skins to an Epic calling card called Devil’s Horns. Besides this, the game’s Credit Store also gets an update with an Epic weapon blueprint for the Man-O-War and an Epic calling card. 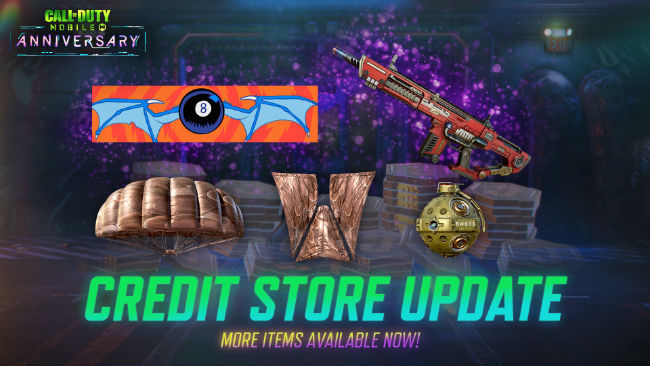 Of course, the rest of the Halloween-themed events are still going on. This includes the Halloween-themed Standoff map that is decked out in Jack-o-Lanterns. There is also Pumpkin Confirmed, which is pretty much the same as Kill Confirmed, but with two key differences. First off, the dog tags are replaced with pumpkins and secondly, the matches feature 20 players in two teams of 10 each. Needless to say, things get a bit chaotic.