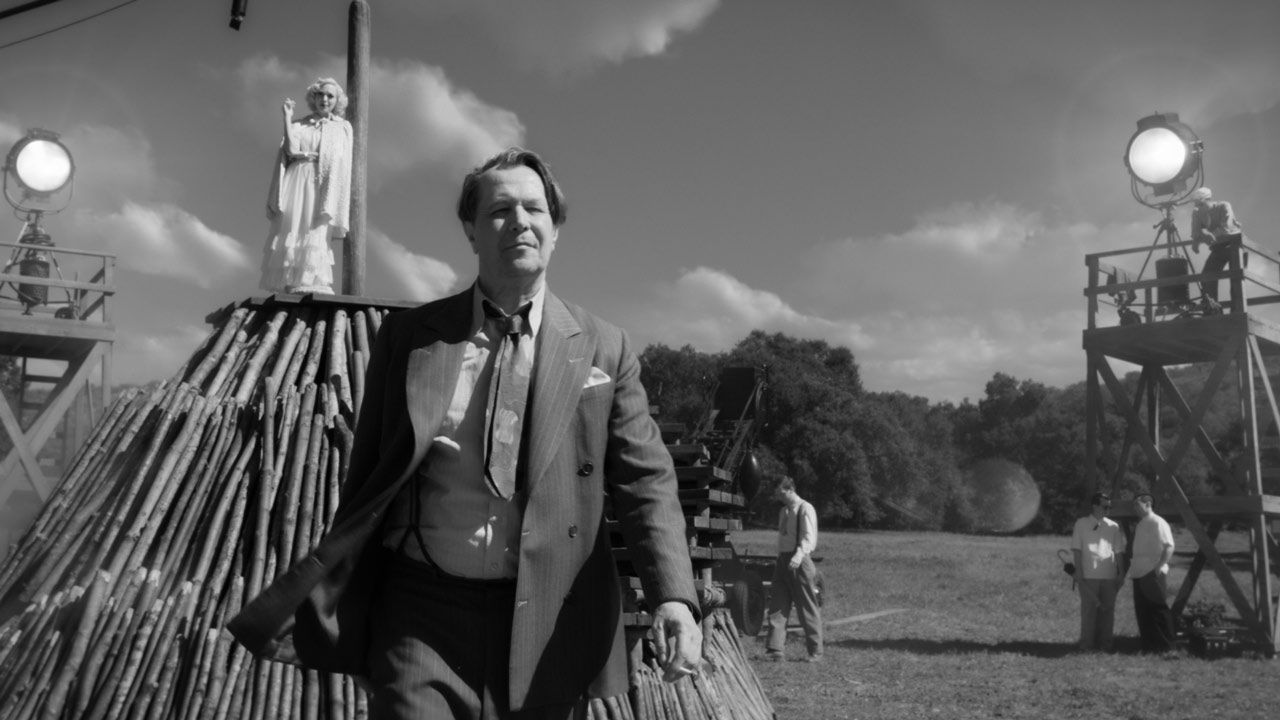 Netflix has finally released an official teaser trailer for David Fincher’s much-anticipated, upcoming biopic – Mank. After having revealed some high-resolution stills from the film, early last month, the vintage-looking trailer proceeds to give us an insight into the ominously classy setting and the various true to life characters involved. The film is set to release in selected theatres sometime in November, before hitting Netflix worldwide, on 4 December 2020.

Set in the 1930s, the grainy, black and white trailer starts out by introducing us to a bedridden social critic and alcoholic screenwriter, Herman J Mankiewicz (Gary Oldman), as he is approached by Orson Welles (Tom Burke), the director and lead of “the greatest film ever made” – Citizen Kane. The trailer then transitions into a montage, showcasing a disorganized set of scenes, giving us some vague details on the characters. Where Mank himself is described as a suicidal drinker, a compulsive gambler and someone who partakes in silly platonic affairs. We also get a look at Amanda Seyfried as famous actress Marion Davies and Charles Dance as her love interest, William Randolph Hearst. The film also stars Lily Collins as Rita Alexander (Mank’s personal nurse), and Tom Pelphrey as his brother – Joseph L Mankiewicz.

Mank is an upcoming biographical film that chronicles the battles between renowned Hollywood screenwriter Herman J Mankiewicz and director Orson Welles over screenplay credit for the award-winning 1941 mystery-drama film, Citizen Kane. This would be director David Fincher’s first feature film since 2014’s Gone Girl, while he was busy with acclaimed TV projects like Mindhunter and House of Cards. Creating this biopic has been a long-time passion project for the director, considering the original script was written by his father, Jack Fincher, in the 1990s, before passing away in 2003.

Adding on, Netflix has also released a separate teaser for Mank on Reddit, which goes in further detail into the additional cast members and the setting, which you can check out, right below.