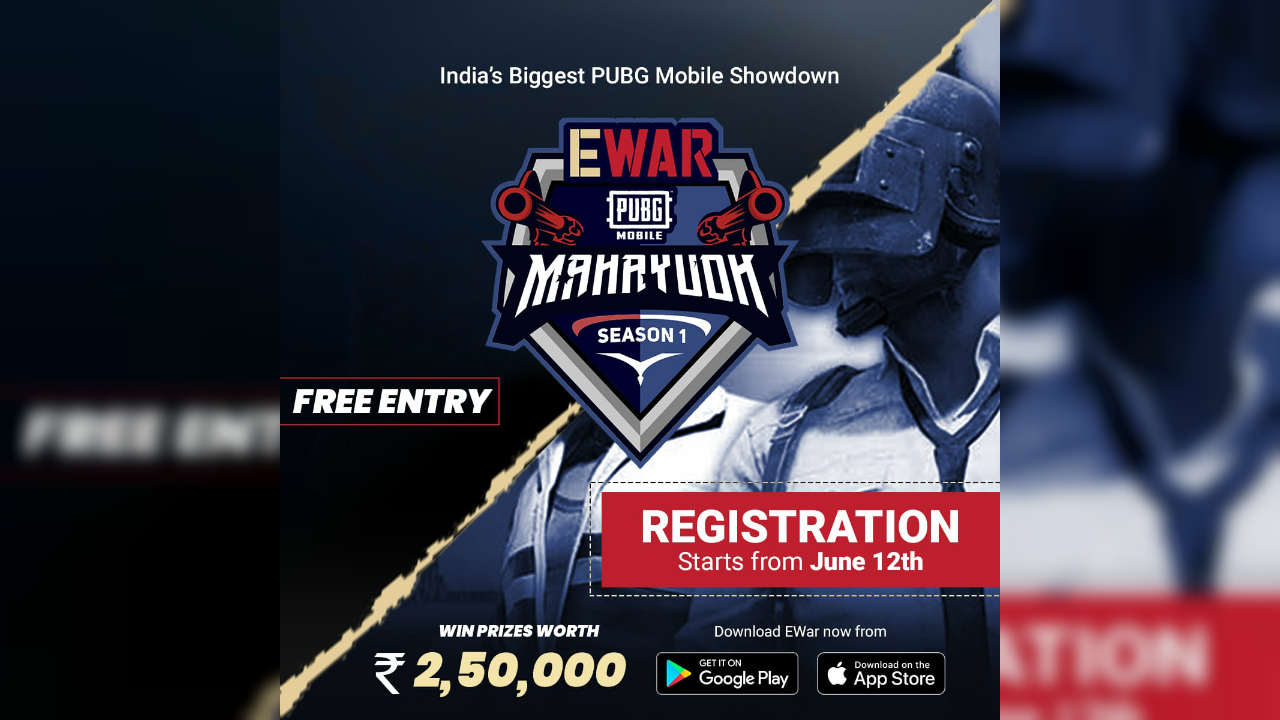 The online tournament will be held in three phases, the first phase will see 21 ‘Pro’ teams battle each other over the course of four days from June 18 to June 21. The second phase will be held between June 22 and July 15 and will see the various ‘underdog’ teams playing matches. In the third and final phase will see 10 teams each from both pro and underdog teams competing against each other.

One member from each interested team can register their squad by creating a new team on the EWar mobile app. While there are no entry-fees for entry, the top five winners, as well as the top ‘fragger’ squad from each phase, will walk away with cash prizes.

The Season 1 of EWar PUBG Mobile Mahayudh will be streamed exclusively on EWar’s mobile app. Live commentary will be provided by Sparki and Mazi.