Realme V15 has received BIS certification and could soon launch in India. The V15 powered by the MediaTek Dimensity 800U processor debuted earlier this month in China. A special edition of the V15 in Koi colour was also unveiled alongside two regular colour variants.

Turns out the Realme V15 has already been certified by the Indian BIS. The device could likely launch in India soon now.#Realme #RealmeKoi #RealmeV15 pic.twitter.com/XBh8VY3LjM

According to a tweet by popular tipster Mukul Sharma, the Realme V15 has received BIS certification and will likely launch in India soon. The Realme V15 is powered by the Dimensity processor and MediaTek has already confirmed that smartphones based on their flagship and mid-range processors will launch in early 2021. This also comes amidst rumours of the Realme X7 series making its debut in India very soon. Here’s everything you should know about the Realme V15. 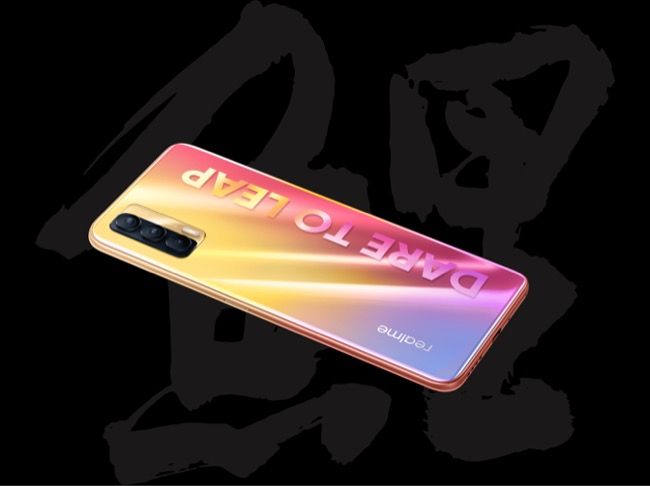 Realme V15 is priced starting at CNY 1,499 for the base variant with 6GB RAM and goes upto CNY 1,999 for the 8GB RAM variant. It features a 6.4-inch Full HD+ (1280×720 pixels) resolution display that uses a Super AMOLED panel with a punch-hole cutout for the selfie camera. The phone has a plastic build with gradient finish on the back and is offered in three colours, Koi, Mirror Lake and New Moon Silver. The Realme V15 measures 8.1 millimetres in thickness and weighs around 176 grams.

The V15 is powered by the Mediatek Dimensity 800U processor with an octa-core CPU and Mali-G57 GPU. This is paired with upto 8GB RAM and 128GB storage. It runs on Realme UI based on Android 10 out-of-the-box.

It has a triple camera array on the back that consists of a primary 64MP camera with an f/1.8 aperture, an 8MP ultra-wide-angle camera with 119-degree field-of-view and a 2MP macro camera. The rear cameras can record in 4K UHD at 30FPS and is supported by EIS. On the front, there is a 16MP selfie camera housed within the notch cutout.