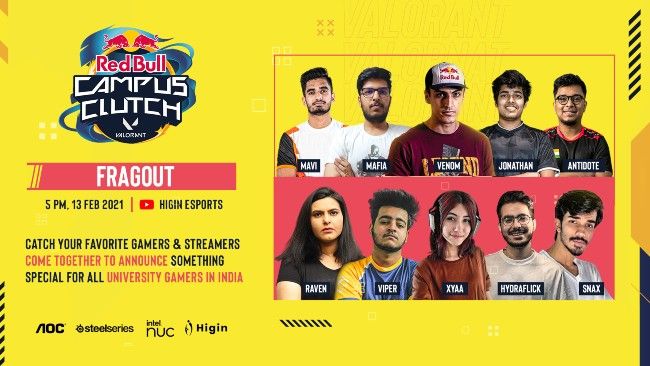 Registration for the tournament will be live from February 13 onwards. Those who are interested in signing up can do so here. Each team needs to have five members. All members should be above 18 years of age and enrolled in a university in India.

The Red Bull Campus Clutch will feature 12 online and four offline qualifiers. Followed by the National Finals and the World Finals.

At the World Finals, players will face off for the EUR 20,000 (approx Rs 17,66,000). Furthermore, the teams will also get a chance to some top Valorant players in the world to compete at the Valorant Masters tournament.