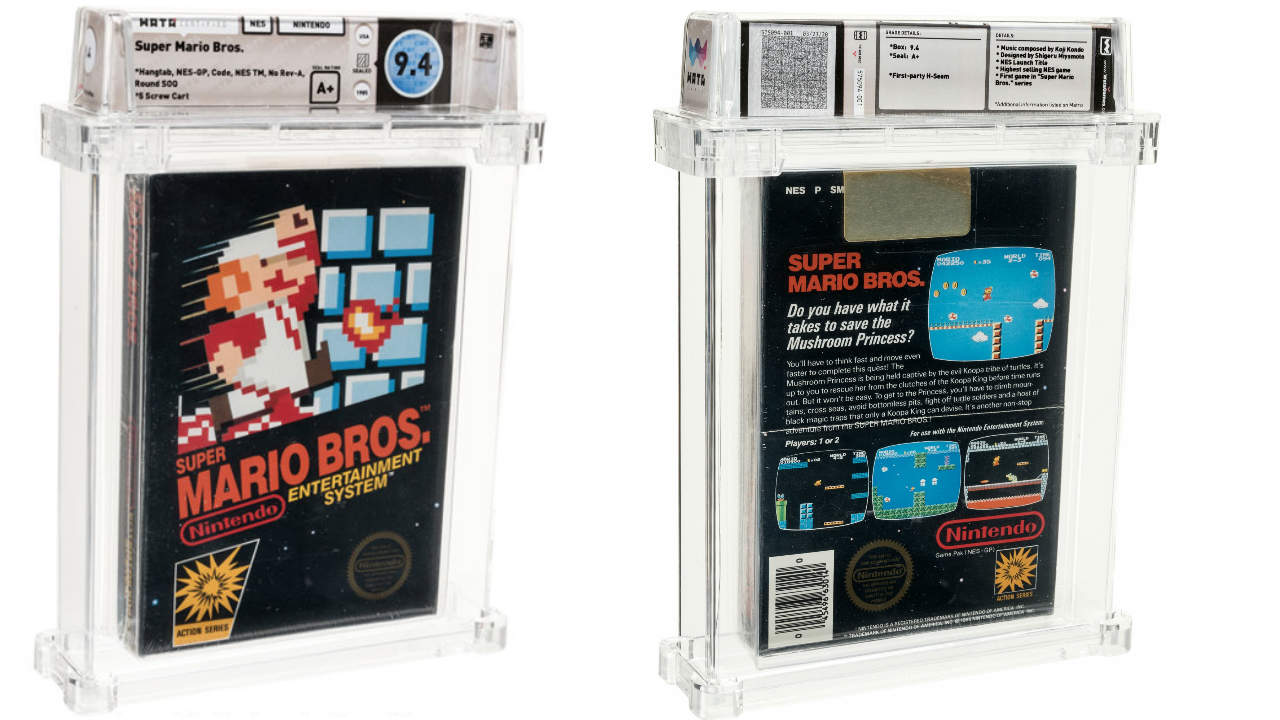 A sealed copy of Super Mario Bros, the popular NES game has sold for a whopping $114,000 on Friday, July 10 at a specialist house Heritage Auctions. This has set a new record for the sale price of an individual video game. $1,14,000 which translates to roughly Rs 85 Lakh. Last year, a copy of Super Mario Bros in the same condition was sold for $100,150 which is roughly 75 Lakh rupees. If you have a copy of the game lying around and home and are wondering whether you can sell it for a few lakhs, then we say think again. The game has to be checked for quality, maintenance and authenticity first. If you are wondering why the game, which can be played on a smartphone via an emulator or on a Nintendo Switch from the online store sells for so much, well, we have the answer for you.

A sealed copy of Super Mario Bros. just sold at auction for $114,000, which is a new record for the sale of a single game. Bet the owners of the $100,000 one, which is an earlier printing, feel great today. pic.twitter.com/lVdcla8d19

According to Ars Technica, “this “3-code variant” of Super Mario Bros. dates back to mid-1987. That makes it “slightly more attainable to find” than the very earliest test-market editions of the game, from late 1985 and early 1986, which were only sealed with a small circular Nintendo sticker (the earlier $100,000 sale came from that earliest batch). That also means it’s not among the very first shrink-wrapped copies of the game, which date back to mid-1986”.

This copy of Super Mario Bros is graded at 9.4 out of 10. This means that it is in near-perfect condition – just like it was when it launched – untouched. According to the Verge, “a cardboard hang tab copy of any early Nintendo Entertainment System game brings a certain air of “vintage” unrivalled by its successors”. This is why the game is worth so much.

Mario is easily one of the most recognizable video game characters even today. There are new Mario games launching with every Nintendo system. When Super Mario Bros first launched on the NES (Nintendo Entertainment System) it was the era of 8-bit gaming. The Italian plumber wore a cap as it was tough to draw hair. He had a moustache as it was tough to draw a mouth. He had a big nose because it wasn’t easy to get facial features on an 8-bit system. All these characteristics are his most recognizable features and appear on him even today. Another fun fact is that before Mario got his own game, he was the hero in a little game called Donkey Kong where he raced to save the princess. Looks like not much has changed in Mario’s life.