Once a rising star in the personal audio segment, and known for its well-priced wireless and wired earphones, 1More has been rather quiet for the past year or so. After the excellent 1More Stylish True Wireless Earphones, the company hasn’t quite kept up the momentum, and meanwhile the competition has raced ahead. Brands such as Lypertek, Creative, and Oppo have all been busy in the Rs. 5,000 to Rs. 10,000 price segment. Now, 1More is looking to win back some goodwill with its latest true wireless headset. 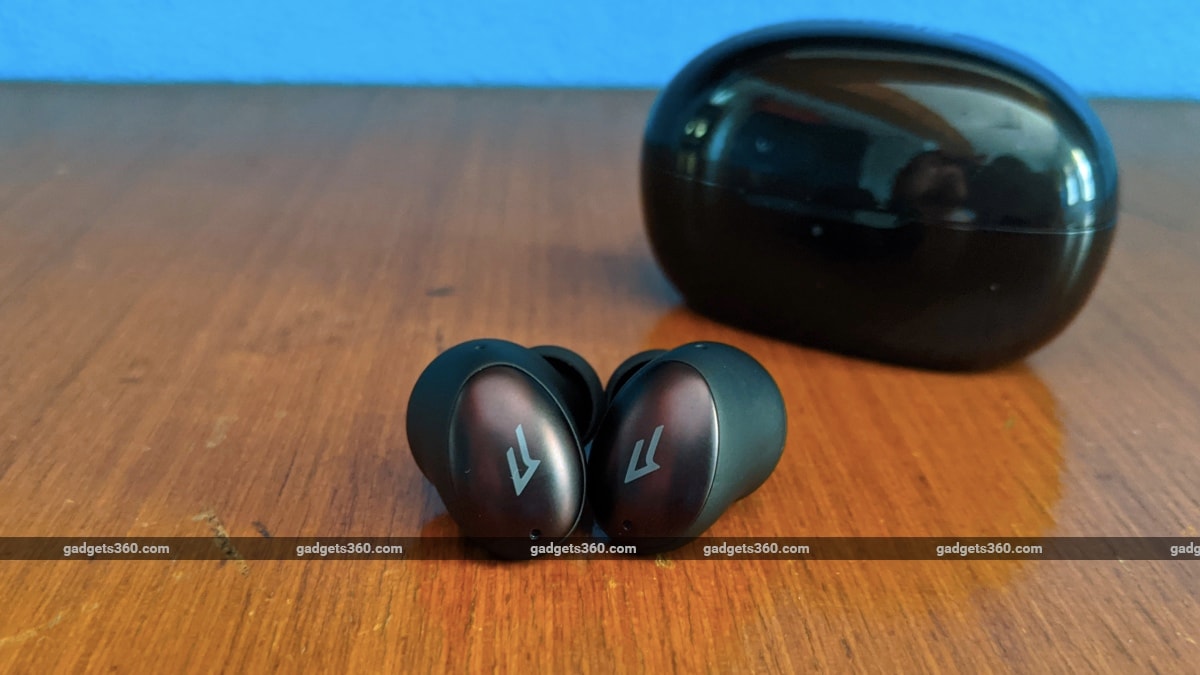 The 1More ColorBuds have touch controls, but these didn’t always work well

The 1More ColorBuds look a bit strange, but not in a bad way

The design of the 1More ColorBuds comes across as quite radical, compared to the more conventional styling that we tend to see on most sets of true wireless earphones priced at around Rs. 5,000. The earpieces will reach deep inside your ear canals, and I felt even the outer part a bit snug and tight because of their shape. This felt somewhat intrusive, but it did ensure excellent passive noise isolation.

Although the earphones are available in some pretty interesting colours including gold, pink, and green, I quite liked the subtle sophistication of the black review unit that I received. The dull finish and sharp 1More logo give this headset a rather impressive look, and the fact that the earphones don’t stick out too much makes this among the most discreet pairs of true wireless earphones you can buy in this price segment.

The charging case of the 1More ColorBuds isn’t quite as radical-looking as the earpieces, with a glossy finish and simple styling. The bottom is lined with rubber to keep it firmly in place on any flat surface. However, the case is susceptible to grime, and mine looked dirty and greasy within hours of use. The USB Type-C port is at the back, the indicator light is at the front, and the pairing button is under the lid. The earpieces latch into place magnetically.

The earphones have gesture controls, with the outer sides of the earpieces sensitive to touch. By default, you can play or pause music and answer calls with a double-tap, or invoke the default voice assistant on your smartphone with a triple-tap. There are also sensors that detect when the earpieces have been removed or inserted in your ears, to pause or play music respectively. The touch controls and sensor settings can be changed using the 1More Music app. I had a bit of trouble with these, often needing to try a second or third time to get the earphones to respond to tap gestures, and hearing the music continue to play after taking off one earpiece. 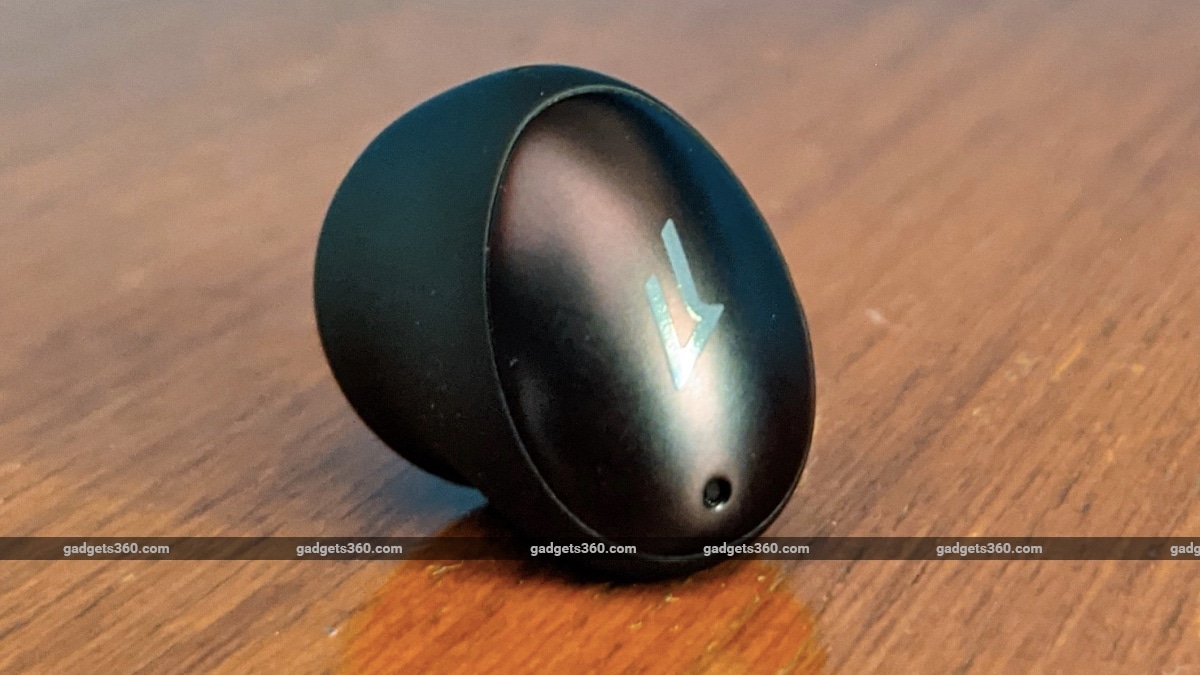 The app, available for Android and iOS, lets you check the battery levels of the earpieces (but not the charging case), and change the sensor and touch settings. The app’s interface is a bit unrefined, and despite several attempts, I couldn’t update the firmware which was supposed to add a low-latency mode. The basic functionality did work, but the app definitely needs some improvement.

Connectivity was a frequent issue during my time with the 1More ColorBuds. Pairing wasn’t as straightforward as the instructions made it seem, and it took a while to get working on two separate smartphones. There were also times when music would randomly get muted after voice calls, and would play on only one earpiece with the second taking a few seconds to sync after connecting. The headset would also sometimes have strange buffering or stability issues. While it usually worked well, the frequency of these issues was bothersome.

The 1More ColorBuds uses full-range balanced armature drivers. There’s Bluetooth 5 for connectivity with support for the SBC, AAC, and Qualcomm aptX codecs. The earphones use a Qualcomm chipset which enables dual-microphone environmental noise cancellation on voice calls through cVc 8.0 technology. There’s also IPX5 water resistance on the earpieces, so they should be able to handle a few splashes of water or sweat.

The mid-range segment for true wireless earphones has many impressive options today, with some options such as the Oppo Enco W51 that offer features such as active noise cancellation and wireless charging, while others such as the Lypertek Tevi and Shanling MTW100 focus on sound quality. The 1More ColorBuds fits into the latter category; this is an impressive-sounding pair of true wireless earphones for the price.

Although not the only headset in this price range with aptX support, the combination of that with balanced armature drivers gives the 1More ColorBuds a detailed and rather unique sonic signature. I used an Android smartphone for much of my review, listening to high-resolution and compressed music, as well as taking some calls on the earphones. 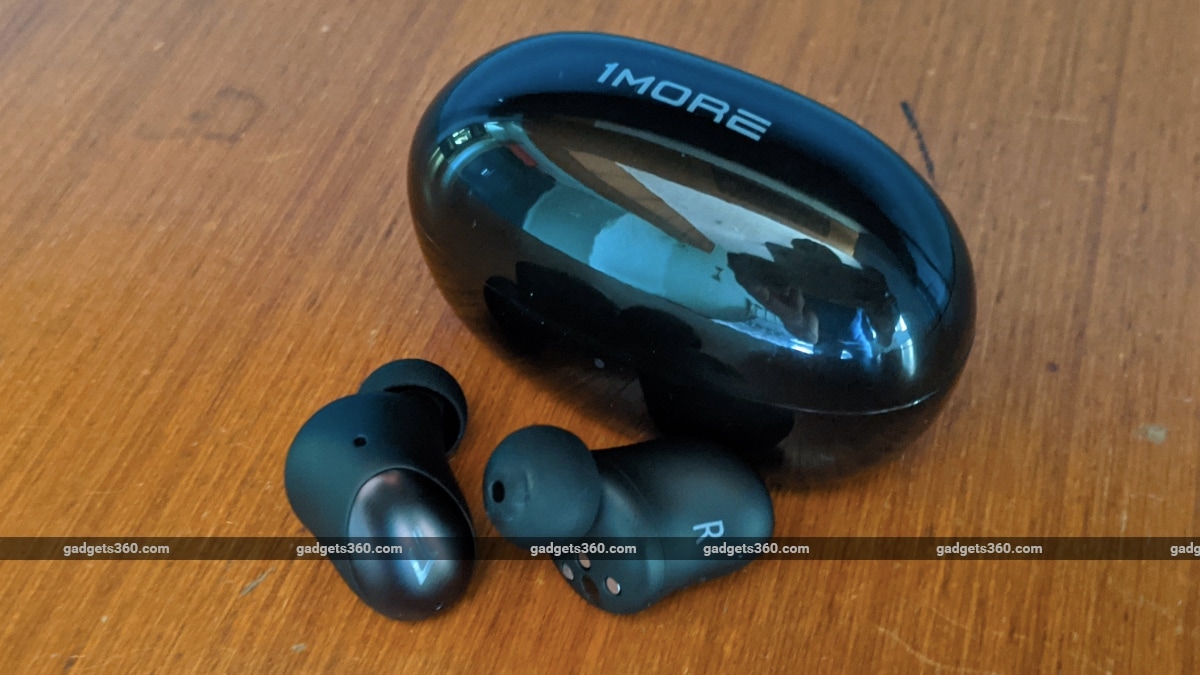 The fit was a bit too snug and tight, but this did ensure excellent passive noise isolation

Starting with the smooth jazz track Truth by Kamasi Washington on Tidal, the warm sonic signature of the 1More ColorBuds was immediately evident in the sound. Unlike on competing headphones and despite the use of balanced armature drivers, the sound was audibly tuned to give the low end a bit of a bias. That’s not to say that there was any heavy aggression or rumble in the bass; instead, the lows and mid-lows just felt a bit more pronounced and deep.

The drums and double-bass had a bit of grunt in them that was very enjoyable, even while the saxophones and orchestral vocals felt clear and precise, if only slightly laid back. The 1More ColorBuds produced true warmth in the sound, with uniformly elevated lows that go far beyond the kind of punchy sub-bass that most true wireless earphones priced below Rs. 10,000 base their sound around.

In Truth, as well as a Tidal Masters Brazilian drum rework of Fatboy Slim’s Weapon Of Choice, the 1More ColorBuds’ support for the Qualcomm aptX codec ensured a detailed sound that practically matched up to the level of clarity I experienced on the Lypertek Tevi. The soundstage was a bit narrower, but still sufficiently spacious and clean, with distinct instrument separation. The percussion in this track sounded beautifully crisp, as did the vocals.

Switching to Spotify, I listened to So Am I by Ty Dolla $ign, Damian Marley, and Skrillex. The reggae-and-dubstep track sounded warm and immersive, but there were some audible differences as a result of the switch to compressed audio. Apart from a bit more grunt in the bass that seemed to outshine the general warmth in the sound, the detail and soundstage felt a bit reduced as well. Interestingly, this seemed to add a bit of aggression that benefited the track, despite the reduction in detail.

What this test essentially proved is that the 1More ColorBuds are flexible to the point of being able to serve appropriately for both compressed and high-resolution audio, and also adjust to different genres and styles. This was noticeable even with other lively tracks including My Mind’s Made Up by Kraak & Smaak, which had the earphones sounding more fun without really taking too much away from the warmth and detail in the sound.

1More has been under the radar for a while, but makes a capable comeback with the ColorBuds. This pair of true wireless earphones gets the sound right, retaining the warm sound signature and attention to detail that the brand has typically been known for. Good tuning of the balanced armature drivers, aptX support, and very good passive noise isolation make this a true wireless headset that audiophiles can get behind.

The 1More ColorBuds are not without problems though: various connectivity issues, an app that needs much improvement, and iffy controls hold the headset back. It’s also only just about ordinary for voice calls. Pick up the 1More ColorBuds if you want warm, detailed sound and will only use them for music, but consider options such as the Lypertek Tevi or Oppo Enco W51 for a more rounded and capable experience.

Mozilla Firefox 85 to Allow Easy Installation of Supported Extensions for...