Asus is one of a small handful of companies designing high-end phones specifically for gaming. A lot of mainstream models are advertised as “gaming phones” because of their processors or screens, and yes, they do run games relatively well. However, the Asus ROG Phone series is actually designed for gaming first and everything else later, and it’s meant for people who have very generous spending limits. The hardware and software are customised, and features are added or subtracted based primarily on what will give you the best possible experience, and if needed, a competitive advantage in games. We now have the third-generation Asus ROG Phone 3 with us, and here are our first impressions.

First of all, the ROG Phone 3 is much more in line with mainstream design trends than the original ROG Phone (Review) and even the ROG Phone 2 (Review). Subtlety wasn’t one of the company’s design goals before, but what we have now is a relatively toned-down version of the gamer aesthetic and a much slicker look overall.

The front face is plain black, with two stereo speakers above and below the screen, but there’s no 3.5mm audio socket. There’s no notch or hole; the front camera is in one corner above the screen, which means content and controls will never be interrupted. That also means we don’t get a nearly borderless screen, like on most of today’s high-end phones, but we’re okay with that.

The rear does of course have a large centred ROG logo that lights up with multicoloured LEDs when X Mode is activated – more on that later. A small transparent panel shows off the phone’s elaborate cooling system and there’s only a tiny vent, compared to the huge ones of previous models. You’ll also notice a horizontal bump with three cameras.

Unfortunately, while this all looks great, the back is extremely glossy and slippery. This phone will slide around on most surfaces, and fingerprints are a minor issue. Asus says it has used Corning Gorilla Glass 6 on the front and Gorilla Glass 3 on the rear. 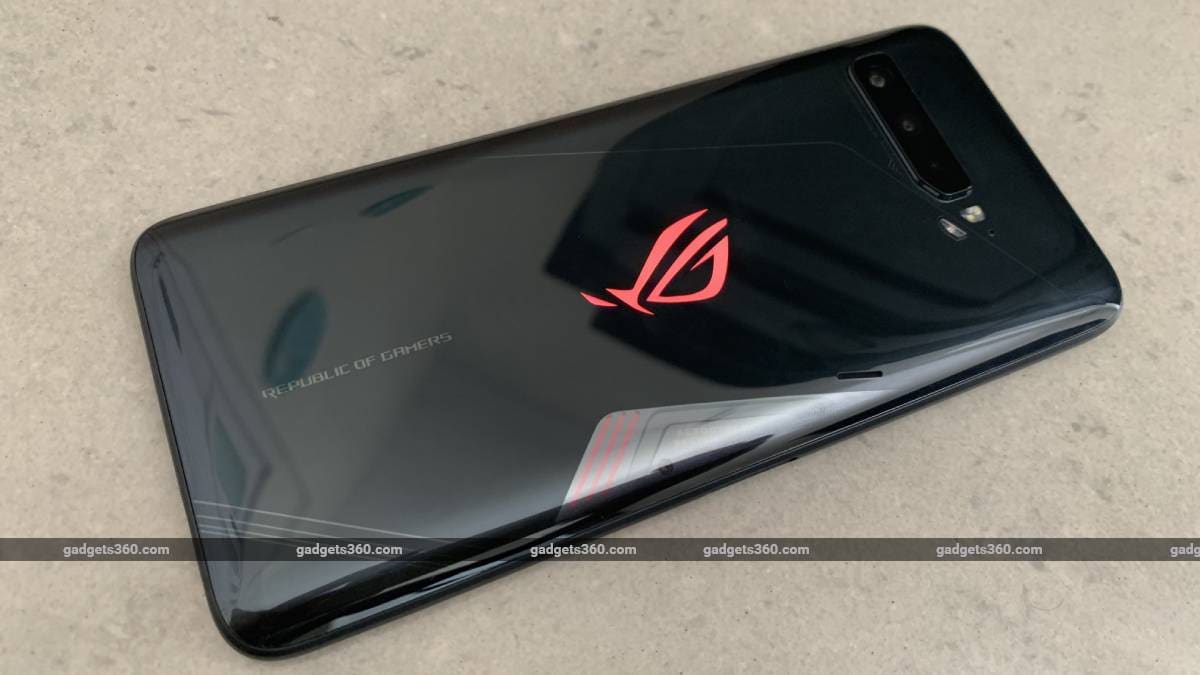 This is also a very bulky phone, at 9.85mm thick and 240g in weight. Part of that is due to the 6000mAh battery, and also the fact that elaborate cooling is needed to allow the SoC to be pushed to its limits for extended periods. This isn’t the phone to buy if you want a sleek, minimalist flagship.

Asus has gone with a 6.59-inch 1080×2340 screen, and its biggest advantage is an unprecedented 144Hz refresh rate. This is the kind of spec you’d only find on top-end gaming laptops and monitors these days. It’s also 10-bit HDR10 capable and factory calibrated for colour accuracy, which according to Asus means that you can get over a billion variations of colours.

As for hardware, the ROG Phone 3 is the first phone in India to launch with the new flagship Qualcomm Snapdragon 865+ SoC, running at up to 3.1GHz, and featuring integrated Adreno 650 graphics. This also makes the phone 5G capable. We will be testing all of this with synthetic benchmarks as well as games in our full review.

Asus has also improved its Air Triggers, the ultrasonic sensors on the right that sit under your forefingers when gaming in landscape. You can now split each one into two separate buttons, as well as tap, slide, and swipe. Each action can be mapped to on-screen controls in games for some serious flexibility, and possible competitive advantages.

You trigger X Mode by squeezing the sides of the ROG Phone 3 or tapping a toggle in the Quick Settings panel. This lets you bump up performance at the cost of heat and battery life, and enable DND features for games. It also transforms the phone’s default theme, with a very cool animation that brings out red accents in the default wallpaper and all app icons. 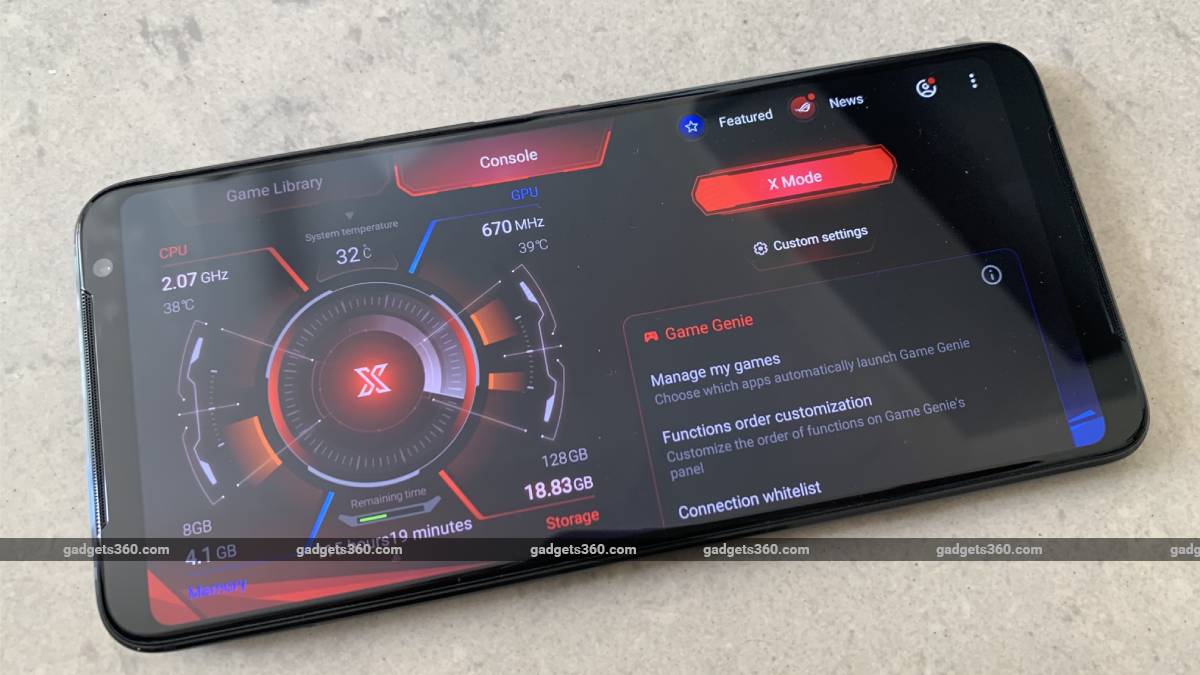 Other gaming-centric features include an extra USB Type-C port on the side for accessories and for charging while in landscape, optimised Wi-Fi and cellular antenna placement, Dirac audio enhancement, a copper vapour chamber plus conductive graphite layer for cooling, and quad microphones with noise reduction.

Cameras have been somewhat of an afterthought with previous ROG Phone models, but this time you get a 64-megapixel primary camera with a Sony IMX686 sensor and f/1.8 aperture. The second camera is a 13-megapixel ultra-wide-angle one, while the third is a 5-megapixel macro camera. In the front, there’s a 24-megapixel f/2.0 selfie camera. Asus touts plenty of flagship-grade features, which we will soon explore.

Beyond the phone itself, Asus has developed a range of accessories including the ROG Kunai gamepad for better grip; the TwinView Dock 3 which gives you a second 144Hz screen; a mobile and pro docks for use with a TV or table-top monitor, keyboard and mouse; and a case designed to showcase the RGB logo. There’s also the clip-on Aero Active Cooler which now doubles as a kickstand, but isn’t included with the phone in India.

Asus promises the most immersive smartphone gaming experience plus flagship-grade cameras and hardware. The ROG Phone 3 definitely isn’t going to be an option for everyone, but if gaming is a huge passion, and if you don’t mind a huge phone, you’ll definitely like this one. Our full review is coming up soon, so do stay tuned.to Gadgets 360.

OnePlus 9R Review: A Minor Refresh With a New Coat of Paint