Xiaomi started out in India with smartphones, but its product range now extends far and wide to include televisions, laptops, smart home appliances, and audio products, among other things. After entering the competitive and popular true wireless segment earlier this year, Xiaomi has now turned its attention to another audio product segment that hasn’t seen too much attention from brands outside of Google and Amazon: smart speakers. The company’s first product here is the Google Assistant-powered Mi Smart Speaker.

Launched alongside the Mi Band 5 and Mi Watch Revolve, the Mi Smart Speaker is priced at Rs. 3,499 in India. Apart from access to Google Assistant and all of its linked functions and services, the Mi Smart Speaker also has Bluetooth and Wi-Fi-based Chromecast Audio connectivity. Is this a good alternative to the Google Home and Amazon Echo series? Find out in our review. 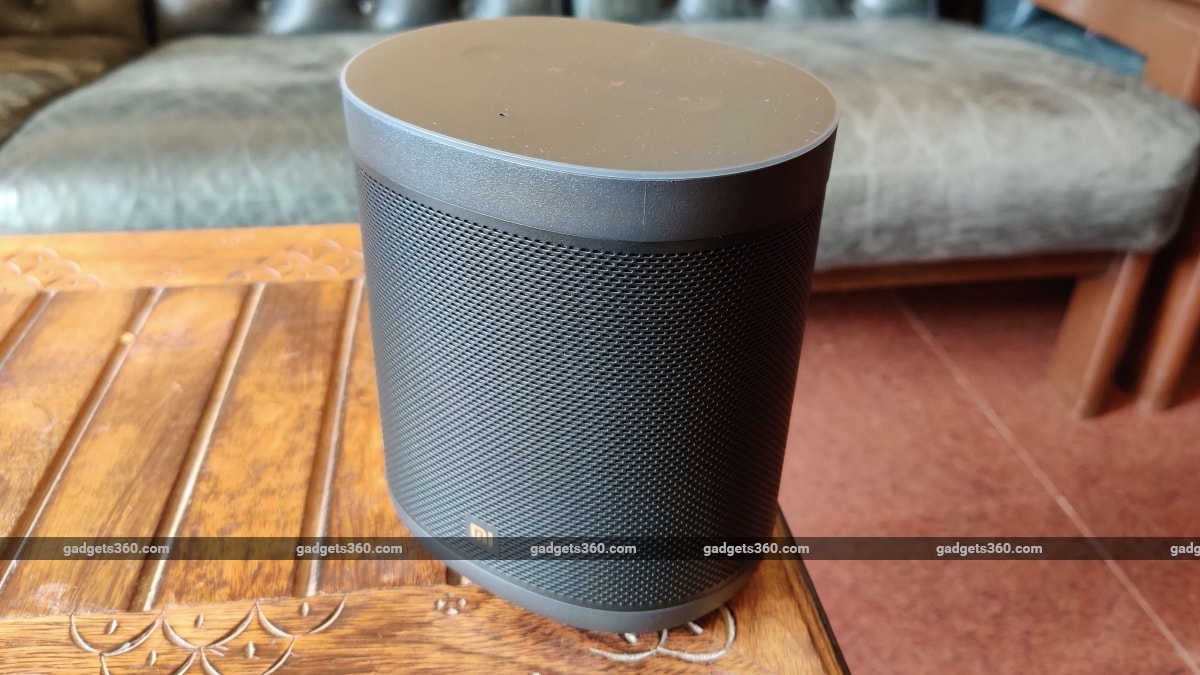 The Mi Smart Speaker has a single 63.5mm full-range driver, and sound tuning by DTS

Although not as distinctly noticeable as the Google Nest or Amazon Echo series of smart speakers, the Mi Smart Speaker is good-looking and well built in its own muted and gentle way. It’s roughly the same size as the Google Home and Amazon Echo (3rd Gen), and has similar sound output specifications as well, but at a price that competes with their smaller and less capable counterparts, the Amazon Echo Dot and Google Nest Mini.

The casing of the Mi Smart Speaker is made of tough plastic and has small rubber legs at the base for grip, while the grille that wraps around the speaker driver is metal. Xiaomi claims that there are 10,531 holes in the grille for sound to flow through; it’s an interesting piece of trivia, but there’s nothing extraordinary about this. The speaker isn’t too large or heavy, and is portable to a large extent, but does need to be connected to a wall socket for power; there’s no built-in battery.

At the back of the Mi Smart Speaker is a single socket to connect the included power adapter; there’s no wired input here, and you’ll have to rely on either Wi-Fi or Bluetooth to receive audio content. The top of the speaker has four touch-sensitive buttons: volume up and down, play/ pause, and microphone mute. You will need to have the Mi Smart Speaker connected to Wi-Fi for full functionality, but it is possible to use Bluetooth for audio even without Internet access, provided you’ve paired it with your source device already.

Setup is easy, and is accomplished using the Google Home app similar to how Google’s own smart speakers are configured. You can use this app to link your Google account, connect the speaker to a Wi-Fi network, and link services such as Spotify, YouTube Music, Gaana, and JioSaavn. You can also let family members connect to the speaker, and set up Google Assistant’s voice match functions for personalised responses. 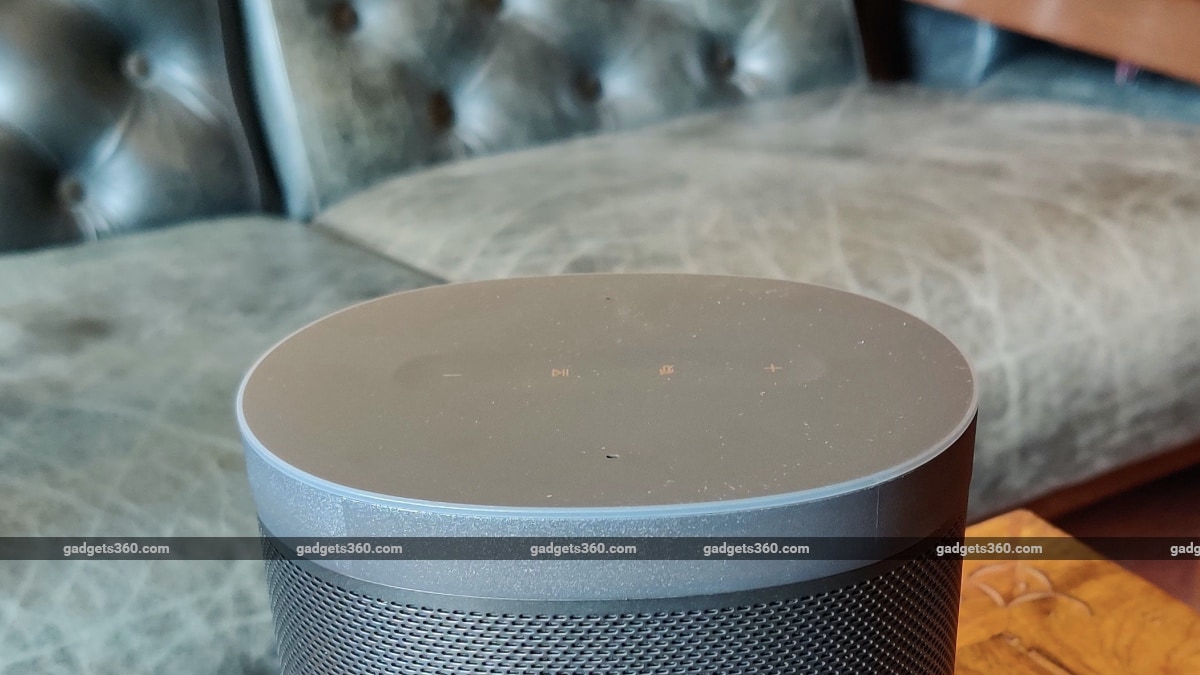 The top of the speaker has touch-sensitive buttons for volume, muting the microphones, and playback

Once set up, there are three ways to play music on the Mi Smart Speaker: AskGoogle Assistant to start directly streaming something from a linked service, or use Google Chromecast Audio or Bluetooth. The former two need Internet access to work. Both Wi-Fi based methods worked well on my home Internet connection for Spotify and YouTube Music, while Bluetooth was also stable over distances of up to 15 feet.

The Mi Smart Speaker has a single 63.5mm full-range driver, with a rated output of 12W and sound tuning by DTS. There are two far-field microphones at the top which are always listening for Google Assistant commands. A light ring at the top illuminates when needed, either to let you know that the microphones are off (orange) or that the speaker is listening for commands (light blue). The ring is stated to be capable of showing up to 16 million colours, but this functionality is expected to be activated through an OTA update later.

Smart speakers priced under Rs. 5,000 are typically a bit basic when it comes to sound quality, comparable to entry-level Bluetooth speakers. This is what makes the Mi Smart Speaker so special; it offers performance similar to that of larger smart speakers, while priced comparably to an entry-level product.

With 12W of sound output through its single large full-range driver, the Mi Smart Speaker is loud, and largely on par with the Google Home and Amazon Echo (3rd Gen) when it comes to volume. I found the sound to be a bit plain and less refined than on the Amazon Echo (3rd Gen), with the Mi Smart Speaker sounding a bit boomy at high volumes. The single driver also means that the soundstage is a bit narrow.

That said, it’s a safe sonic signature that is comfortable and enjoyable at all volumes, regardless of whether you’re using Bluetooth or Wi-Fi to fetch audio content. The bass did tend to overpower the mid-range and highs because of the way the speaker is tuned, making the mid-range sound a bit dull, compared to the punchy lows. Sound quality was a bit better on Wi-Fi than Bluetooth, but the difference wasn’t significant.

Google Assistant works as expected on the Mi Smart Speaker, with decent wake word recognition from even across the room at up to 12 feet away. There were occasional misfires, but most of the time the speaker was able to understand voice commands properly. Google’s voice match feature means that it can understand and respond personally to different users in my household. While I used it in English, Google Assistant does work in Hindi as well, for those who might be more comfortable with that language.

Like the Google Home, it was particularly handy for its always-on microphone, and I could control my linked television, smart light bulbs, and cleaning robot, all completely by voice. Another rather good touch is that responses aren’t always in the form of words; asking the Mi Smart Speaker to turn on my smart light bulb, for example, had the speaker respond with a soft affirmative chime that was a lot more pleasant to hear than Google Assistant’s typical voice replies. 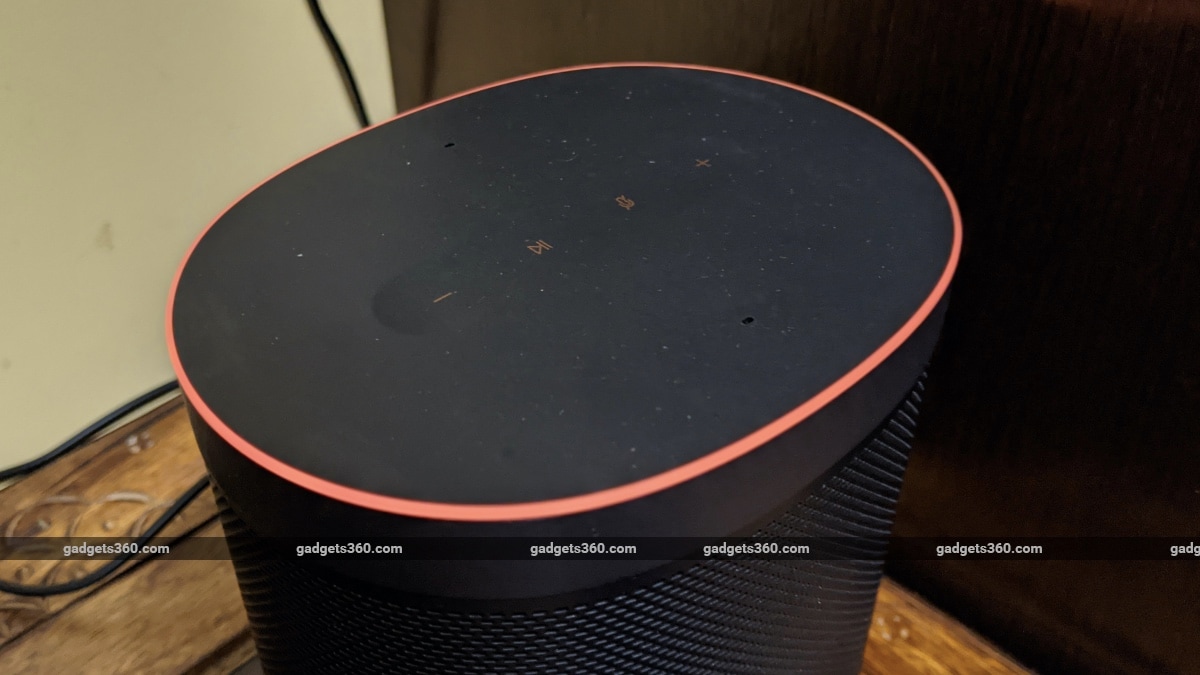 Although the light ring is said to be able to display up to 16 million colours, that functionality will come with a software update later

With decent, loud sound; stable and reliable connectivity; and capable Google Assistant integration, the Mi Smart Speaker is quite easily the best smart speaker you can buy for less than Rs. 5,000. It’s comparable to much more expensive options from Amazon and Google. Everything works as it’s supposed to, and there are no significant drawbacks here. For Rs. 3,499, this is a no-brainer.

If you can spend more, the Mi Smart Speaker may not be the best regular-sized smart speaker though, thanks to boomy and plain sound that doesn’t quite match up to that of the Amazon Echo series. However, it’s definitely the most value-for-money option you can buy right now, thanks to its functional and simple approach that gets the job done.

Mi TV Stick vs Fire TV Stick Lite vs Mi Box 4K vs Fire TV Stick 4K: Which is the best budget streaming device for TVs in India? We discussed this on Orbital, our weekly technology podcast, which you can subscribe to via Apple Podcasts, Google Podcasts, or RSS, download the episode, or just hit the play button below.