The entry-level smartphone market might not be as exciting as the mainstream or mid-tier segments, but it’s still amazing to see the kind of features you can get today at relatively low prices. Today we’ll be testing the Poco C3, which is Poco’s first sub-Rs. 10,000 smartphone in India.

With prices starting at Rs. 7,499, the Poco C3 boasts of a large display and battery, triple rear cameras, and a gaming-oriented SoC. Its main rivals include the Redmi 9A and Realme C11. Does the Poco C3 offer better value for your money than the competition? Time to find out.

The Poco C3 is a pretty large phone. It measures 9mm in thickness and is also fairly heavy at 194g. I definitely struggled to use it comfortably with one hand. However, the build quality is decent. The back and side frame are made of plastic and you get rounded edges on all sides. Poco claims the C3 has a P2i coating, which should help protect it against accidental splashes of water. I have the Lime Green colour, which honestly, looks more blue than anything. It’s also available in Matte Black and Arctic Blue. The majority of the back panel has a textured pattern, which helps grip the phone better and also prevents it from picking up fingerprints easily.

The buttons have good feedback, and there’s a headphone jack as well as a Micro-USB port. I’m not too thrilled about the lack of a USB Type-C port, but this is what you can expect in this segment. The SIM tray can hold two nano-SIMs and a microSD card. There’s no fingerprint sensor on this phone, which again, is something that’s not guaranteed on phones in this budget. You do get face recognition, which is slow, but it works even with a face mask on.

Poco offers a large display, but naturally, only with a HD+ resolution (1600×720). It’s a 6.53-inch LCD panel with Panda Glass for scratch protection. The display isn’t very vibrant and the brightness is just about adequate indoors. However, the screen washes out pretty badly, making it hard to use under sunlight. The display also has thick borders all around, especially the bottom. There’s a dewdrop notch for the selfie camera. 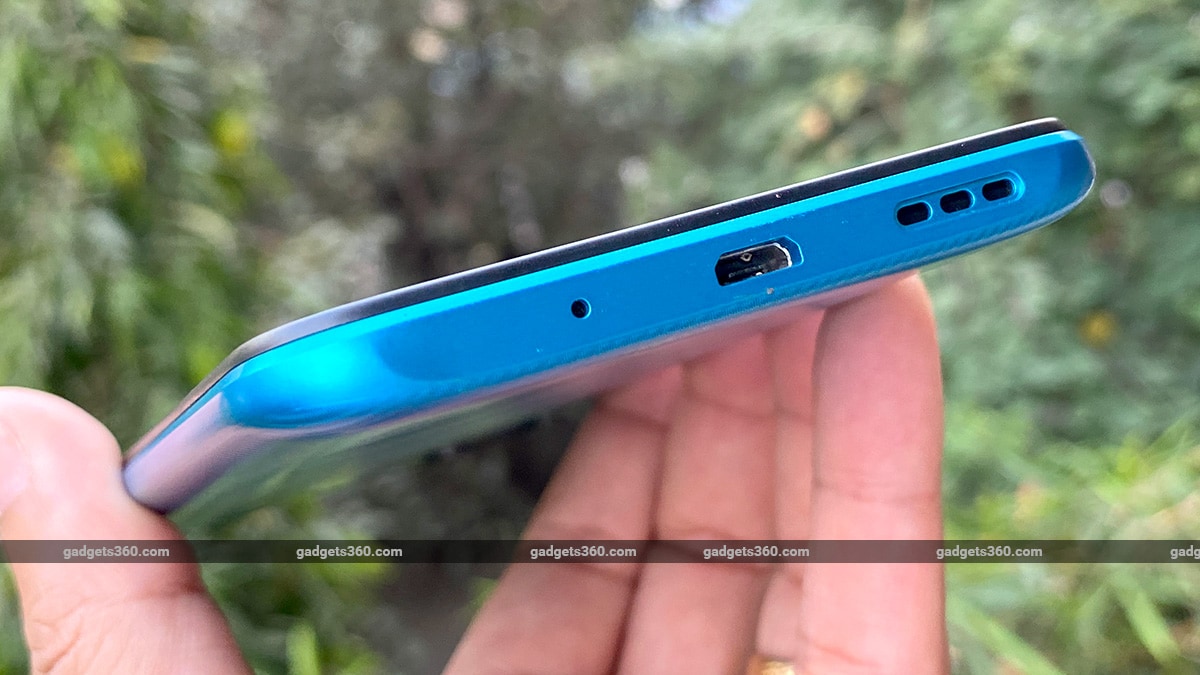 The box contents are pretty standard. You get a charging cable, a 10W charger, a SIM eject tool, and some documentation. There isn’t a case or headset. Overall, the Poco C3 seems like a well-built phone for the price, even though it is a little too heavy and unwieldy for one-handed use.

The Poco C3 runs MIUI 12, but unlike Redmi phones running MIUI, Poco claims that its version has been tweaked to not show any ads or promotional content. So far, the company seems to be following through on that promise. I didn’t see any ads or unsolicited alerts clogging up the notification shade during the review period. I did get the occasional alert from GetApps, which is Xiaomi’s own curated app store, but these were usually to alert me about updates to the installed apps.

Other than this, the MIUI 12 experience felt familiar. You still get a bunch of apps such as Zili and small games preinstalled, but these can be uninstalled. 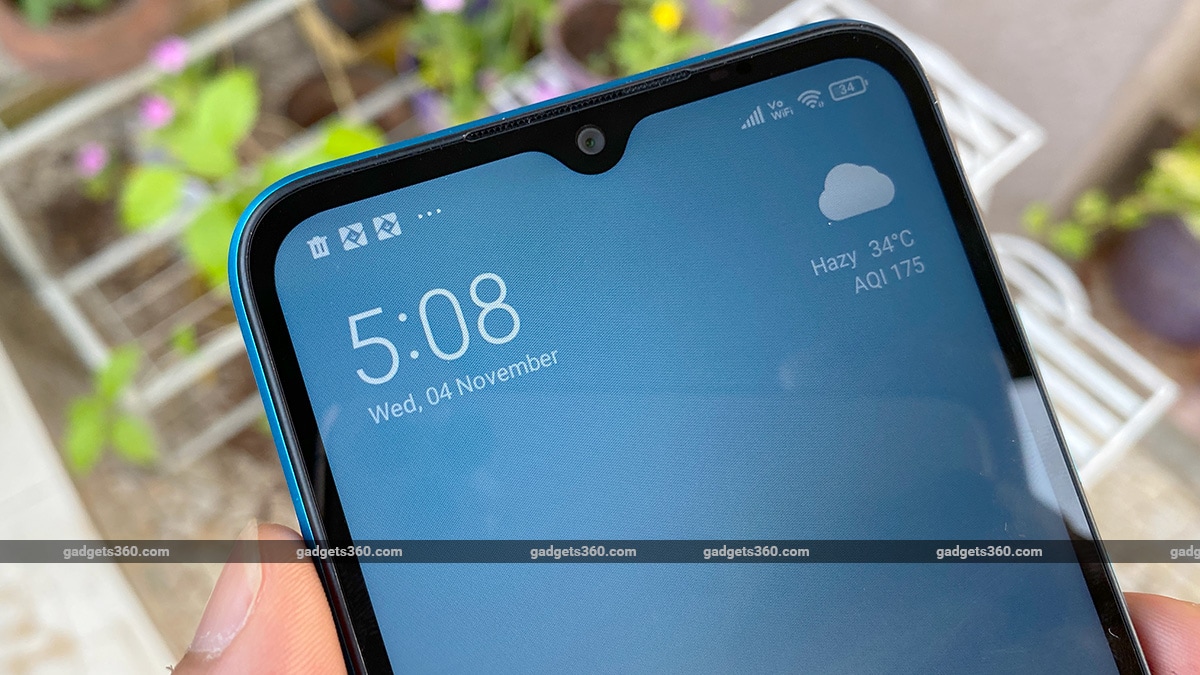 I have the 4GB version so I was expecting a relatively smooth experience, but sadly, that wasn’t the case. It’s not just the Poco C3 though; every smartphone that I’ve come across based on the Helio G35 SoC, such as the Redmi 9, Realme C11, Realme C12, and Realme C15 have exhibited sluggish performance irrespective of the amount of RAM they had. There’s an inherent lag in pretty much everything, from the UI animations to multitasking. MIUI is still very usable, but the experience is not as smooth as you’d get on phones with more powerful processors priced just a few thousand rupees higher. In a way, this is the story of most Android phones around the Rs. 7,000 price point, for now.

Games ran decently well, but you need to temper your expectations. For instance, games such as Call of Duty Mobile scaled well on the Poco C3 and gameplay was relatively smooth, but with vastly reduced graphics quality. However, titles such as CarX Drift Racing 2 struggled to run at consistent frame rates. The single speaker near the Micro-USB port gets decently loud. Videos don’t look their best due to the dull display, so watching anything isn’t a great experience.

The one area where the Poco C3 really excels is battery life. The Poco C3 has a 5,000mAh battery which easily lasted for around two full days, with medium to light usage. Even with a lot of gaming, I was still able to get around a day and half, which is very good. My only gripe is the long time needed to charge the battery. With the bundled adapter, the C3’s battery charged to just 37 percent in an hour, and took almost three hours to charge completely. 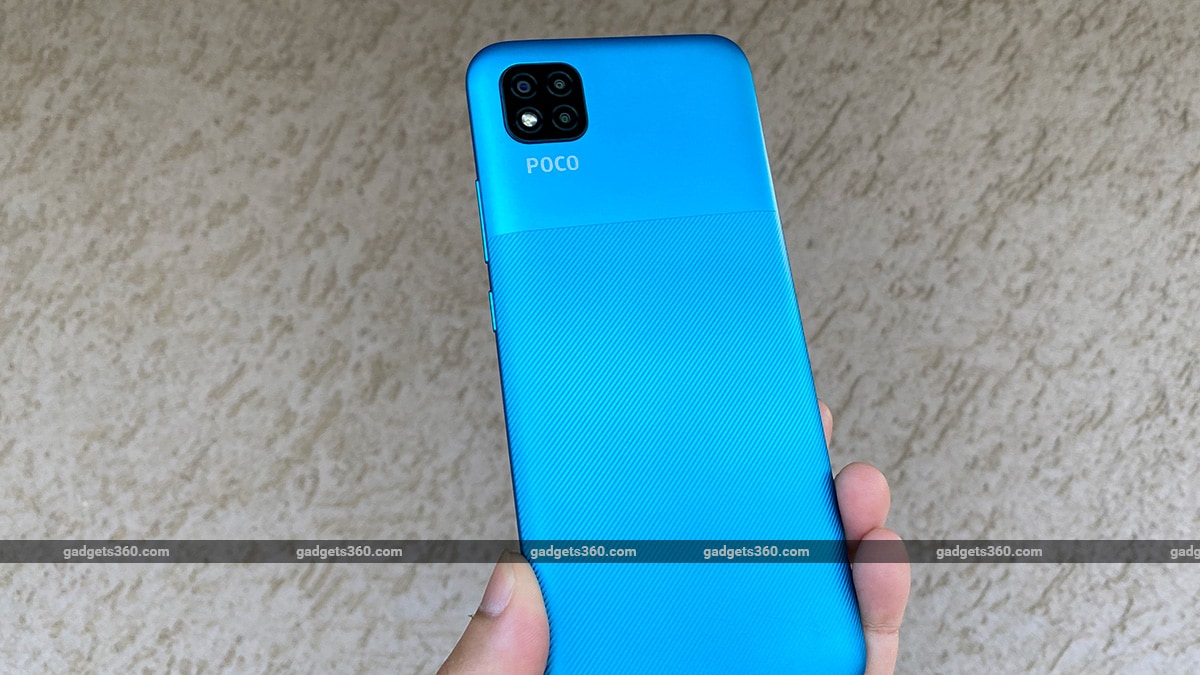 The Poco C3 prides itself on having three rear cameras, which is not something we see too often in this segment. You get a 13-megapixel primary camera, a 2-megapixel depth camera, and a 2-megapixel macro camera. For selfies, there’s a 5-megapixel front camera. The camera app has the usual basic shooting modes, Auto HDR, and AI scene recognition. There’s no dedicated low-light shooting mode.

Shots taken in the daytime were decent, with fairly good details and colours. However, HDR wasn’t always handled very well, with highlights often getting overexposed. Close-ups had good detail as long as there was ample light, but once again the highlights tended to get blown out when shooting under sunlight. The macro camera has a lot of shutter lag, due to which most pictures usually ended up with a slight blur unless you stay extremely still. Portrait mode does a decent job too, but there’s no way to adjust the level of blur while shooting. 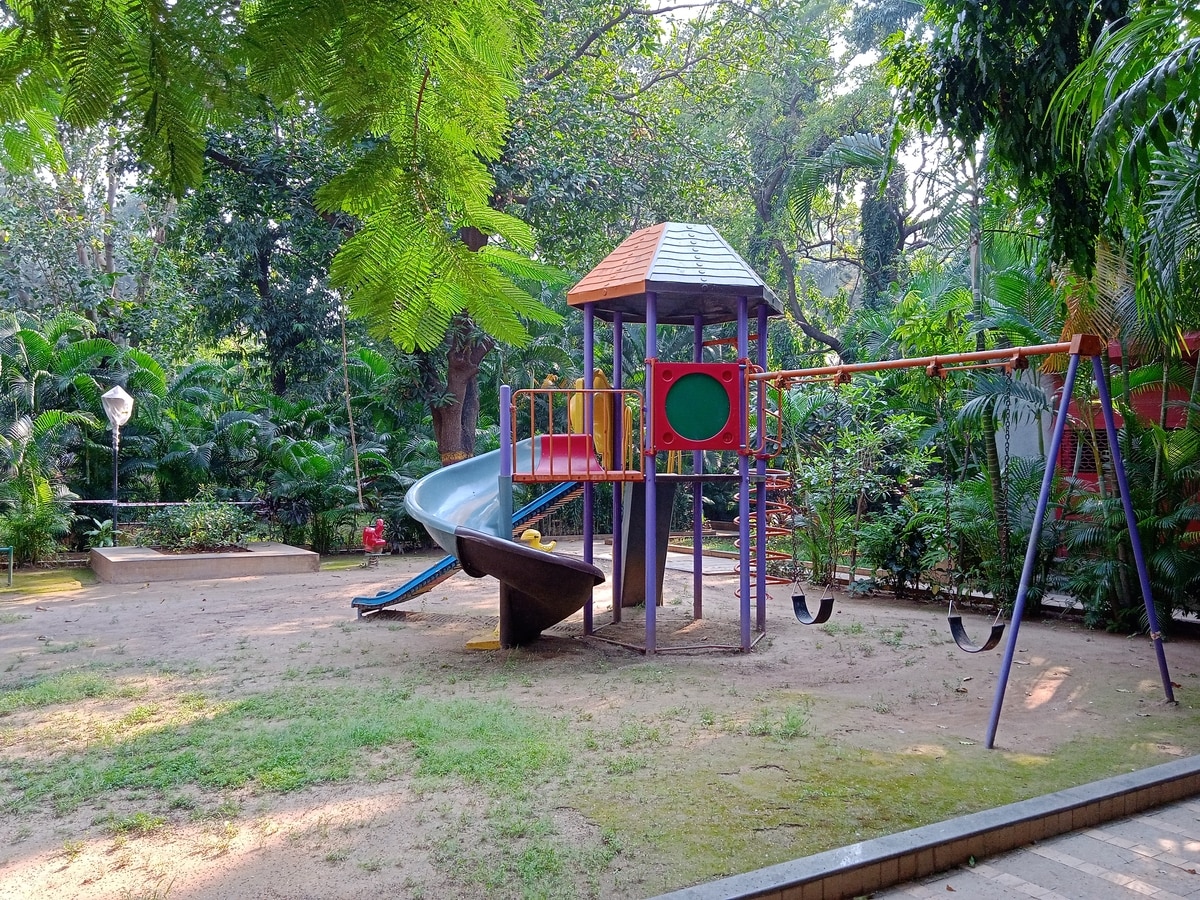 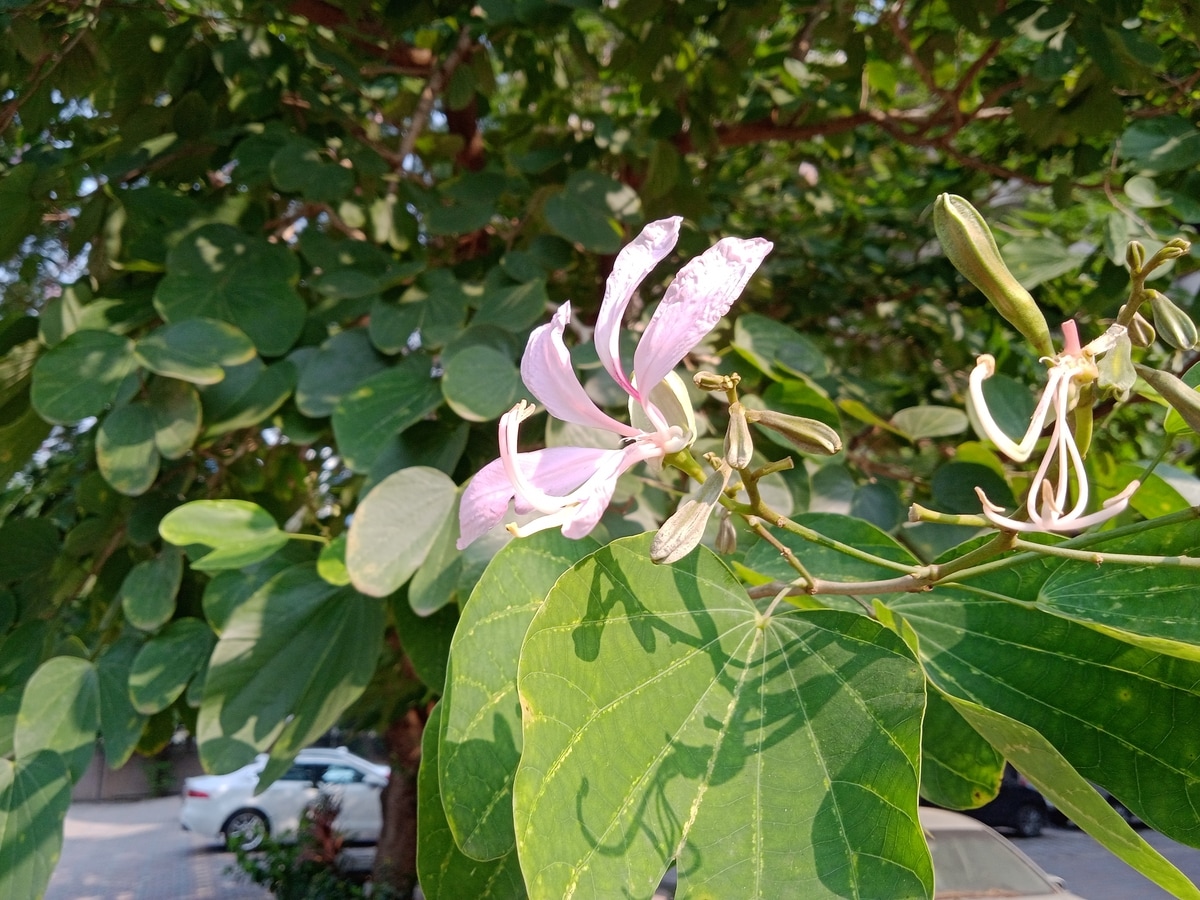 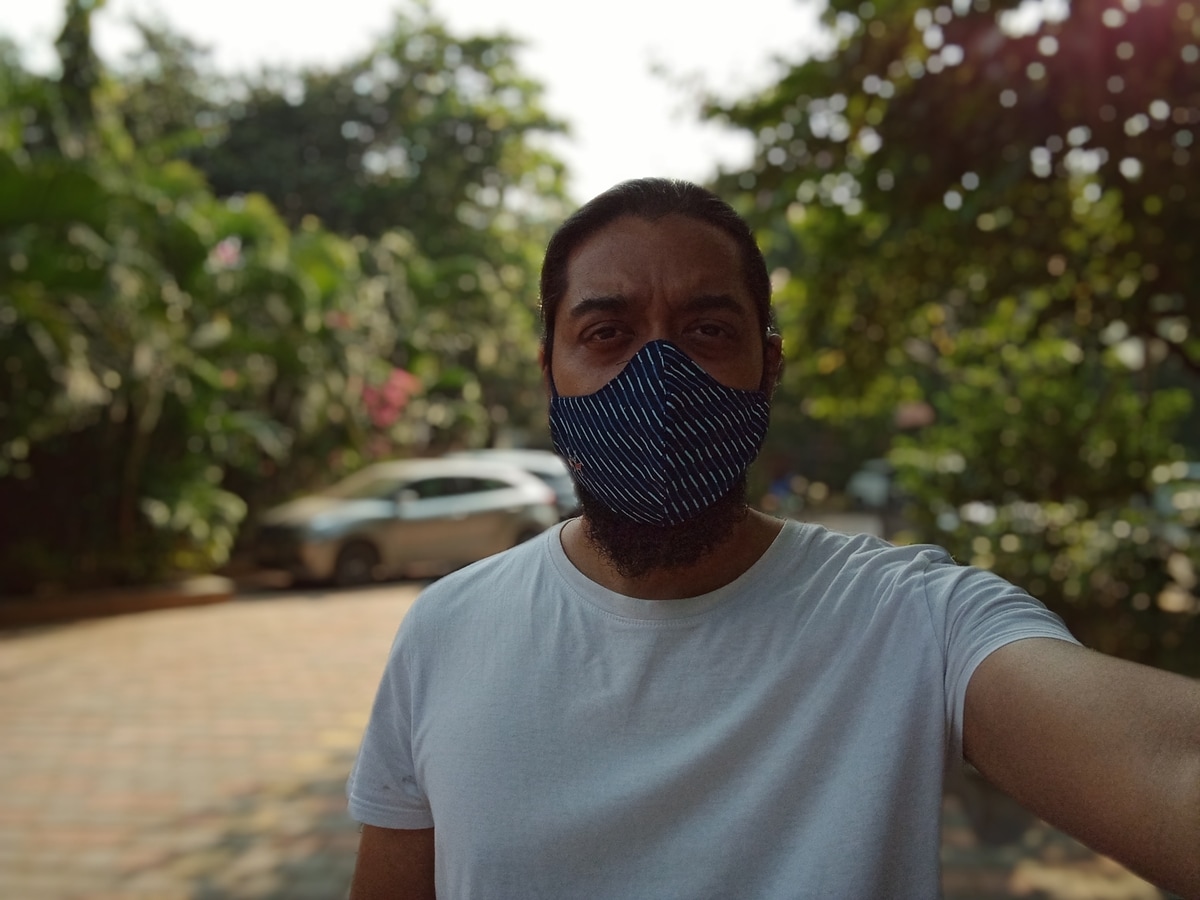 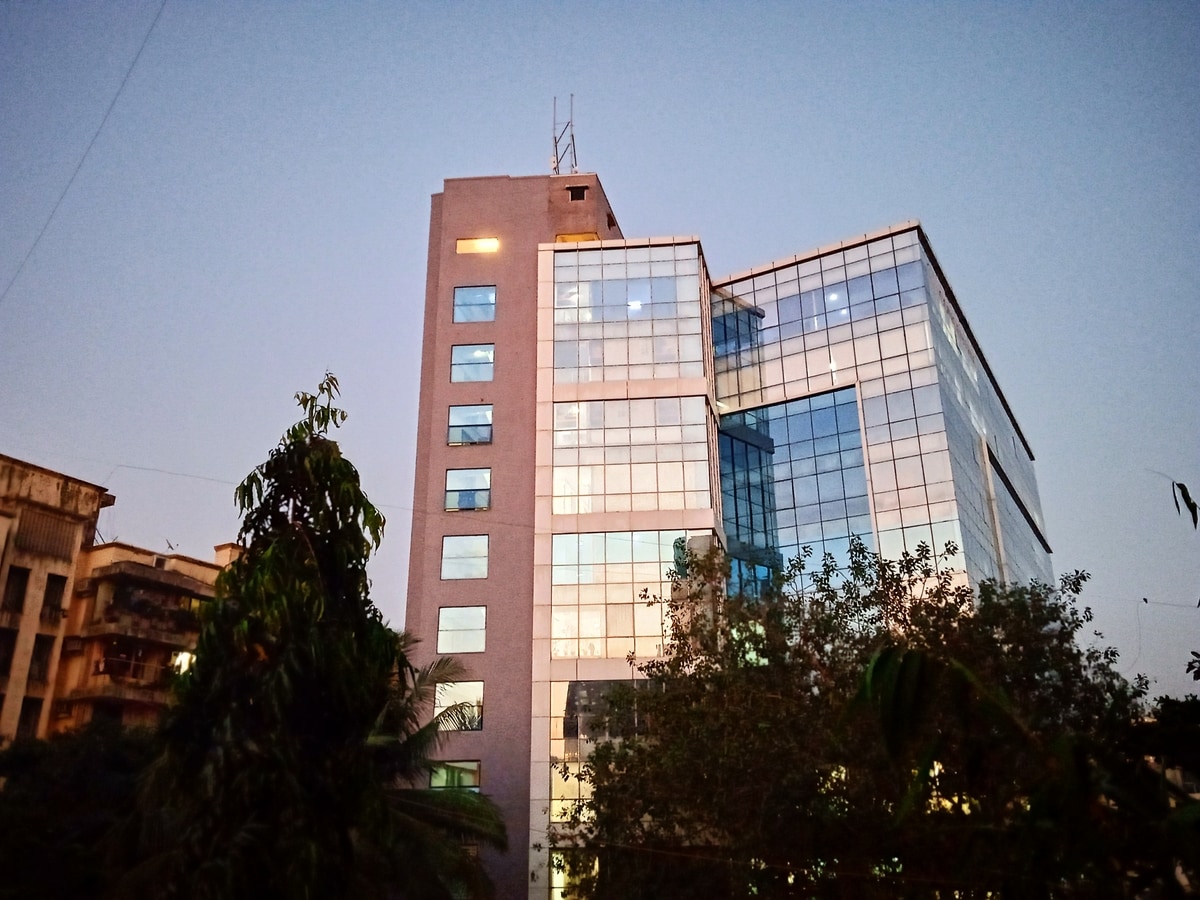 Photos shot in low light had weak details and exposure was generally poor unless there was enough light around. This result was expected given the narrow f/2.2 aperture and the entry-level positioning of the Poco C3. The phone can shoot video at up to 1080p 30fps, but without stabilisation. Video shot during the day was strictly average in quality, and very weak when shot in low light.

Finally, the selfie camera captures usable shots in the daytime but the quality drops quite a bit in low light.

The base variant of the Poco C3 is a decent pick at Rs. 7,499 if all you want is a basic Android smartphone with strong battery life. The display is a bit dull, performance isn’t great, and the cameras are just about serviceable. The 4GB version doesn’t offer very good value, since at Rs. 8,999, you can get better phones such as the Realme Narzo 20A and Moto E7 Plus.

Are iPhone 12 mini, HomePod mini the Perfect Apple Devices for India? We discussed this on Orbital, our weekly technology podcast, which you can subscribe to via Apple Podcasts, Google Podcasts, or RSS, download the episode, or just hit the play button below.