A couple of weeks ago, we tested the Sony A6600, which is the company’s latest flagship APS-C mirrorless camera. Now, it’s time to take a closer look at the A6100, which is its entry-level sibling. The A6100 was launched alongside the A6600 and shares a lot of the premium features found in Sony’s flagship model, yet costs a lot less.

It’s designed to be an entry-point to Sony’s mirrorless camera lineup, and while it’s mostly targeted at casual shooters, it packs in enough advanced tech to keep even enthusiasts happy. Priced at a slight premium over the A6000, is the A6100 worth buying as a starter mirrorless camera? Let’s put it to the test and find out.

The Sony A6100 has a smaller footprint than the A6600 and is lighter too, at 396g. That’s because of the use of plastic for the body rather than metal. It still feels sturdy and well put-together but the slightly glossy finish does pick up fingerprints and smudges rather easily. The handgrip area has ample rubber cladding but the grip itself doesn’t protrude too much, so holding this camera comfortably with large hands can be a little challenging. 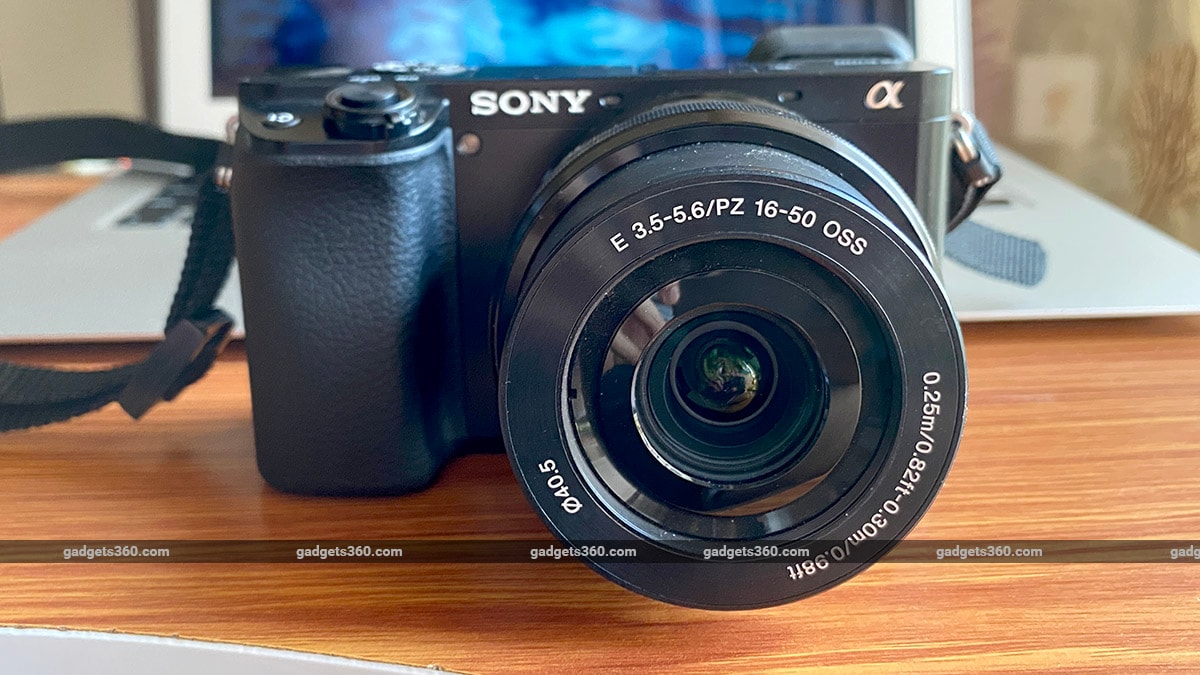 On the top, the A6100 offers a hot-shoe for external flashes as well as a built-in pop-up Xenon flash, a mode dial, and a control dial. The shutter button and power toggle switch sit up-front on the right, along with a customisable (C1) button.

At the back, you get an electronic viewfinder (EVF) but the A6100 is fitted with a lower, 1.44 million dot resolution one, compared to the 2.35 million dot resolution EVF in the A6600. You still get a proximity sensor to automatically turn the EVF on or off when you bring the camera close to your face. We have some familiar-looking buttons at the back, including a jog dial. The function of the buttons, including the labeled ones, can be remapped to suit your shooting style. The buttons have a slightly mushy feel, especially the directional ones. We would have liked better tactile feedback.

There’s a flap on the left which covers a Micro-HDMI port, Micro-USB port, and 3.5mm microphone input. There’s no headphone jack here, like you get with the A6600. The rear 3-inch TFT LCD display has a 921K dot resolution and can be tilted downwards by 74 degrees or flipped a full 180 degrees from the top for taking selfies. The display itself has good touch response and gets adequately bright outdoors.

The battery compartment on the bottom houses the NP-FW50 battery which we’ve seen in most other A-series cameras. Currently, the A6600 is the only model in the series to use the higher-capacity Z-series battery. The A6100 has a single memory card slot and only supports SD cards at up to UHS-I speeds. 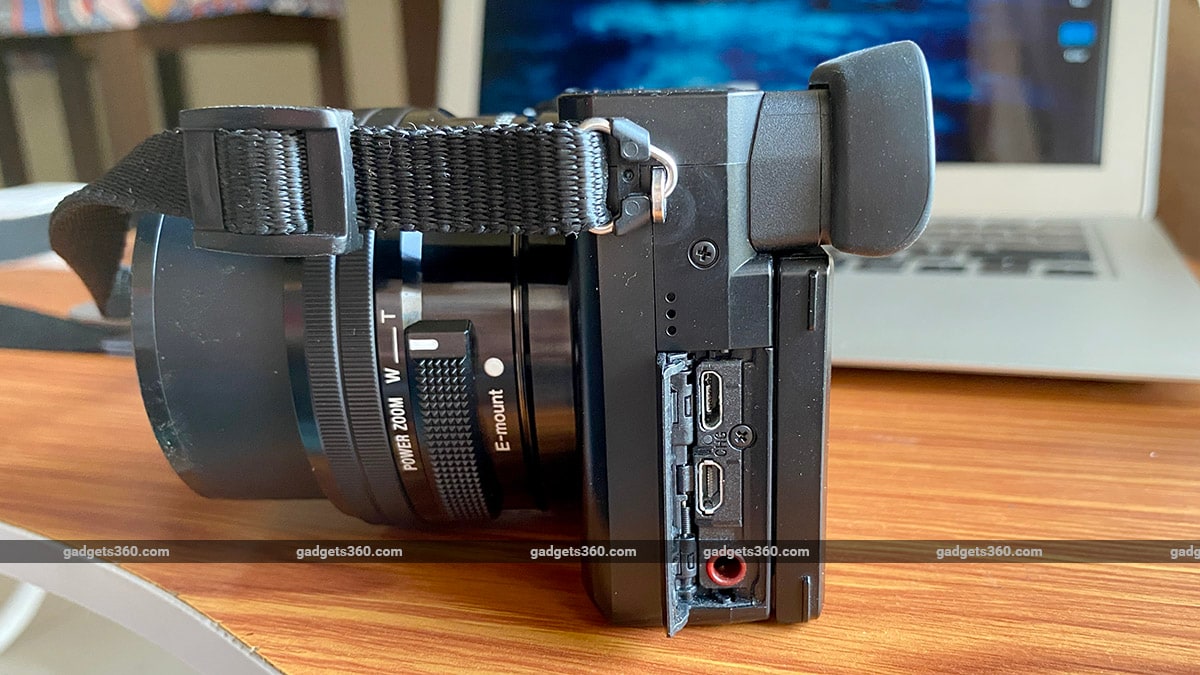 Sony is selling the A6100 body on its own or as a kit with a 16-50mm zoom lens, which is the one we’ll be testing the camera with. It’s a compact lens which retracts when the camera is off and also features a power-zoom toggle switch for smoothly zooming in and out. There’s no switch to toggle between auto and manual focus, and you only get one controllable ring. This can be used for zooming in too, however in manual focus mode, the ring is used to adjust focus. The lens doesn’t have a very big zoom range, and the aperture range isn’t very wide either, going from f/3.5 to f/5.6 at the telephoto end.

Overall, the A6100 has decent ergonomics and is built well for an entry-level mirrorless camera. Compared to the A6600, it does feel less rugged, but that’s okay and shouldn’t be a big issue for most people.

Sony A6100 specifications and features

The cool thing about the A6100 is that despite it being an entry-level model, it shares a lot of the characteristics of its more expensive siblings, the A6400 and the A6600. It uses a 24.2-megapixel APS-C CMOS sensor with 425 phase detection autofocus (PDAF) points and the same number of contrast detection autofocus points. This gives it a claimed focus-acquisition time of just 0.02 seconds. The A6100 can shoot 11fps bursts with AE/AF tracking. You also get real-time eye autofocus for humans and animals, 4K video recording without any pixel binning, and built-in Wi-Fi, Bluetooth, and NFC.

One of the ways that the A6100 differs from the A6600 is the lack of 5-axis, in-body stabilisation, which means you’ll have to rely on the stabilisation of the lens when shooting. The native ISO range is the same, which is 100-32,000, however that can be extended only till ISO 51,200, compared to 102,400 with the A6600. The A6100 also lacks advanced picture profiles such as S-Log2, S-Log3 and HLG for HDR workflows. The buffer for burst shooting is a bit smaller too, as it’s capable of holding just 77 JPEGs or 33 RAW files. 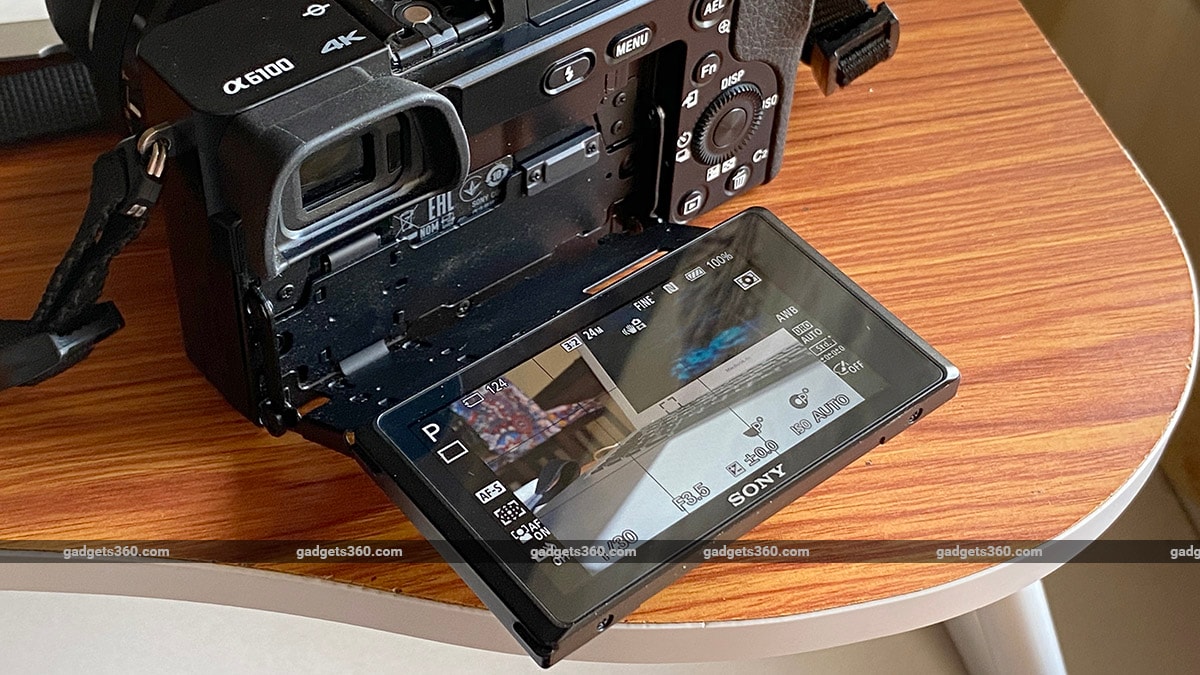 The software of the A6100 is more or less identical to what we just saw in our A6600 review. Settings for photos, videos, and network are grouped in tabs. You can add your most frequently used functions to a separate menu so they’re easy to get to. The touchscreen still can’t be used in the menus, but you can use it when previewing photos. It can also be used as a touchpad for shifting the focus point when you’re using the EVF. The A6100 can be used with the Imaging Edge app on Android or iOS, for transferring photos or controlling the camera remotely.

Sony A6100 performance and battery life

We were expecting the Sony A6100’s ISO performance to be similar to what we got from the A6600, considering that they have the same sensor and ISO range. Details are sharp, colours are vibrant, and there’s barely any visible noise even at a 100 percent crop, till about ISO 800. We begin to see slight degradation in detail as we approach ISO 6,400, with some noise starting to appear on the coloured portions of the pencils. 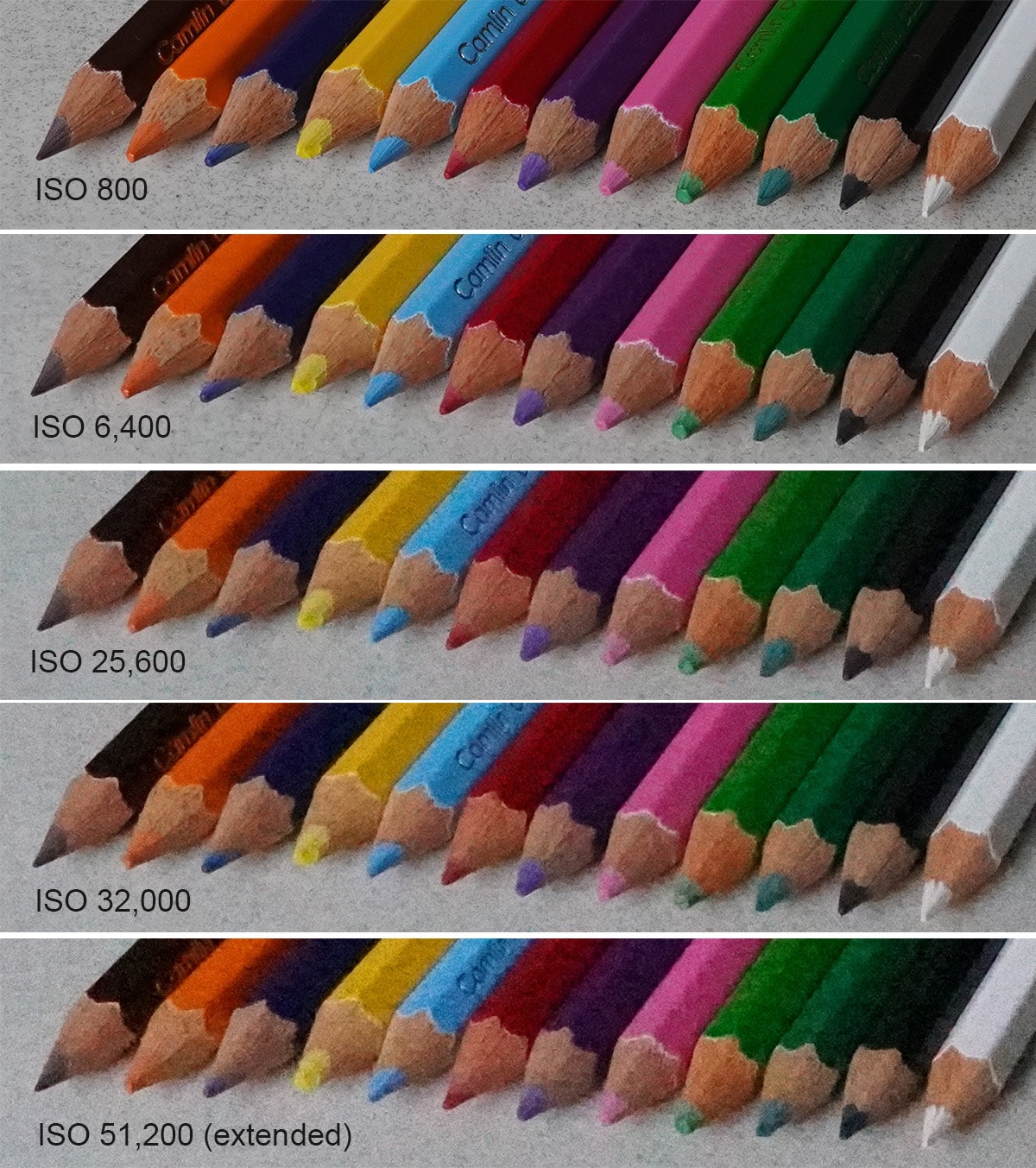 At ISO 25,600, details get a little fuzzy, edges aren’t very distinct anymore, and there’s visible grain in the image. At the maximum native ISO of 32,000, details are even fuzzier, and it’s the same look that we got from the A6600. If you absolutely must go higher, you can use the extended ISO range, but image quality takes a massive hit.

The Sony A6100 is easy to handle thanks to its low weight, and it doesn’t require much effort to get good shots. Focus is accurate thanks to the always-on face and eye autofocus systems, which are quick to recognise and lock on to human faces. If you want the system use eye AF for animals, then this needs to be changed manually in the system settings. Just like the A6600, the AI tracking AF works brilliantly and we managed to get some good shots of small moving subjects, like birds, even at a high zoom level. We primarily used the kit lens with the A6100, but also shot some of our samples with an 18-135mm zoom lens that we had. 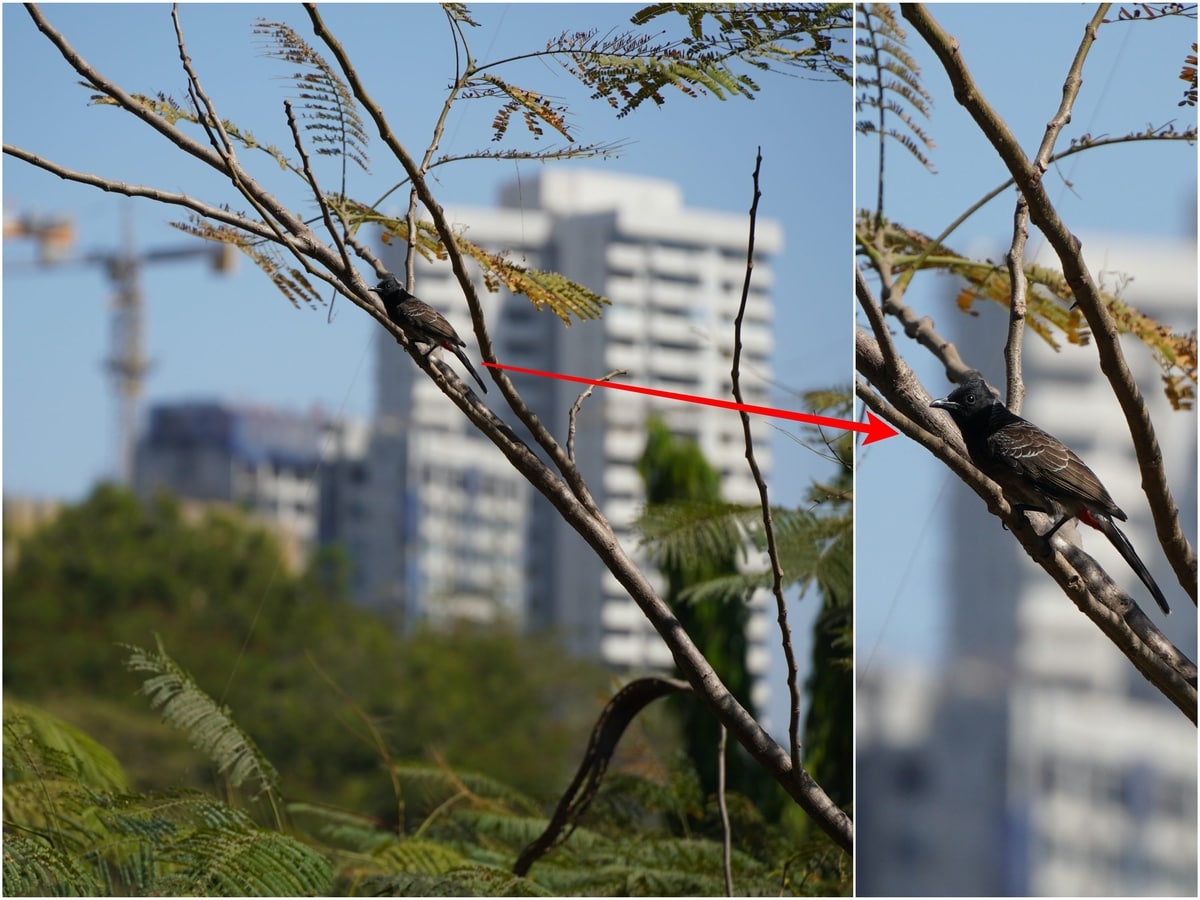 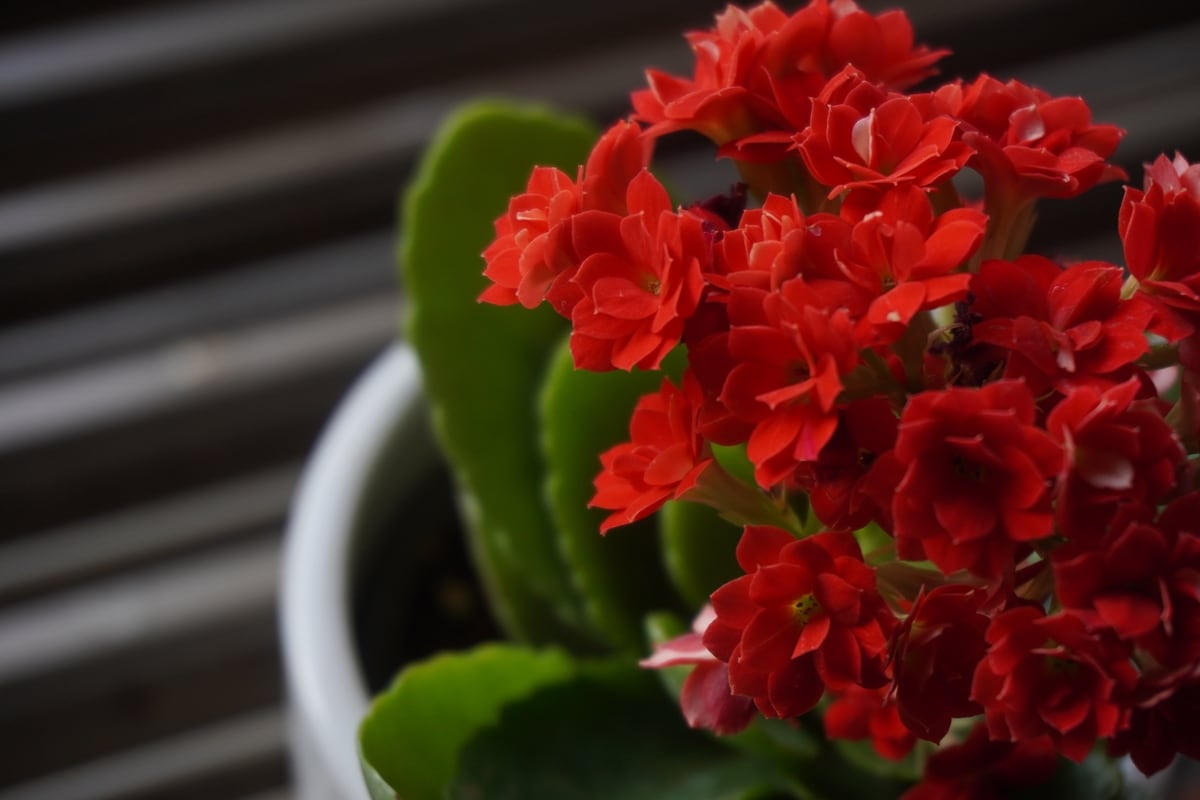 Landscapes and close-up shots, under natural light, looked very good. We managed to get very good details even in JPEGs, with vibrant and accurate colours as well as very good natural depth. The A6100 is capable of taking some really good burst shots too, although since the buffer isn’t very big and the camera only supports UHS-I speed SD cards, there’s a fair bit of waiting time before you can review your photos. The display gets adequately bright when shooting indoors, but outdoors, under sunlight, we found it best to use the EVF.

In low light, the A6100 does hunt a bit for focus but that’s partially the fault of the lenses we used, which don’t have very wide apertures. With a bright enough light source around, the camera still manages to lock focus quickly. Dark regions of a frame can look a little noisy, especially when shooting with a high ISO value, and this can’t be avoided if you need a fast shutter in low light. 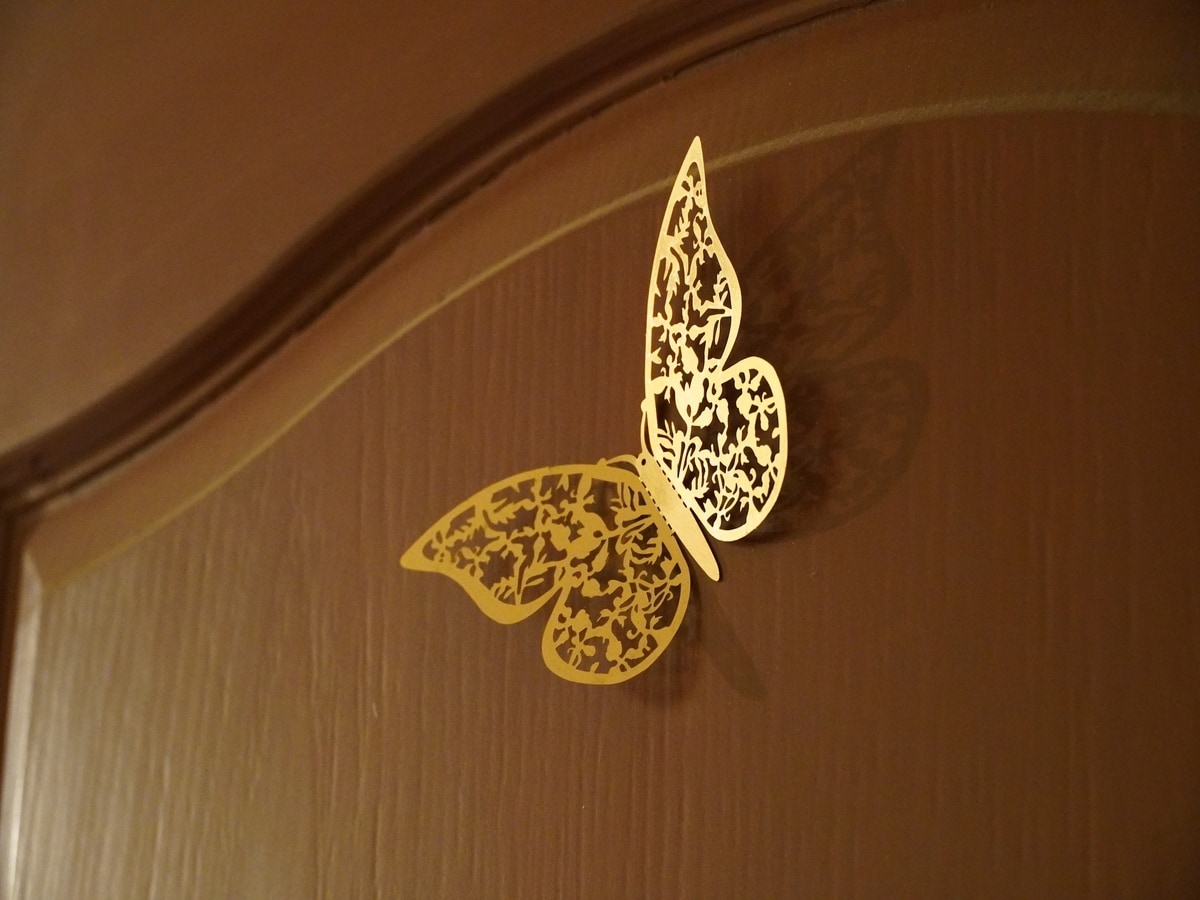 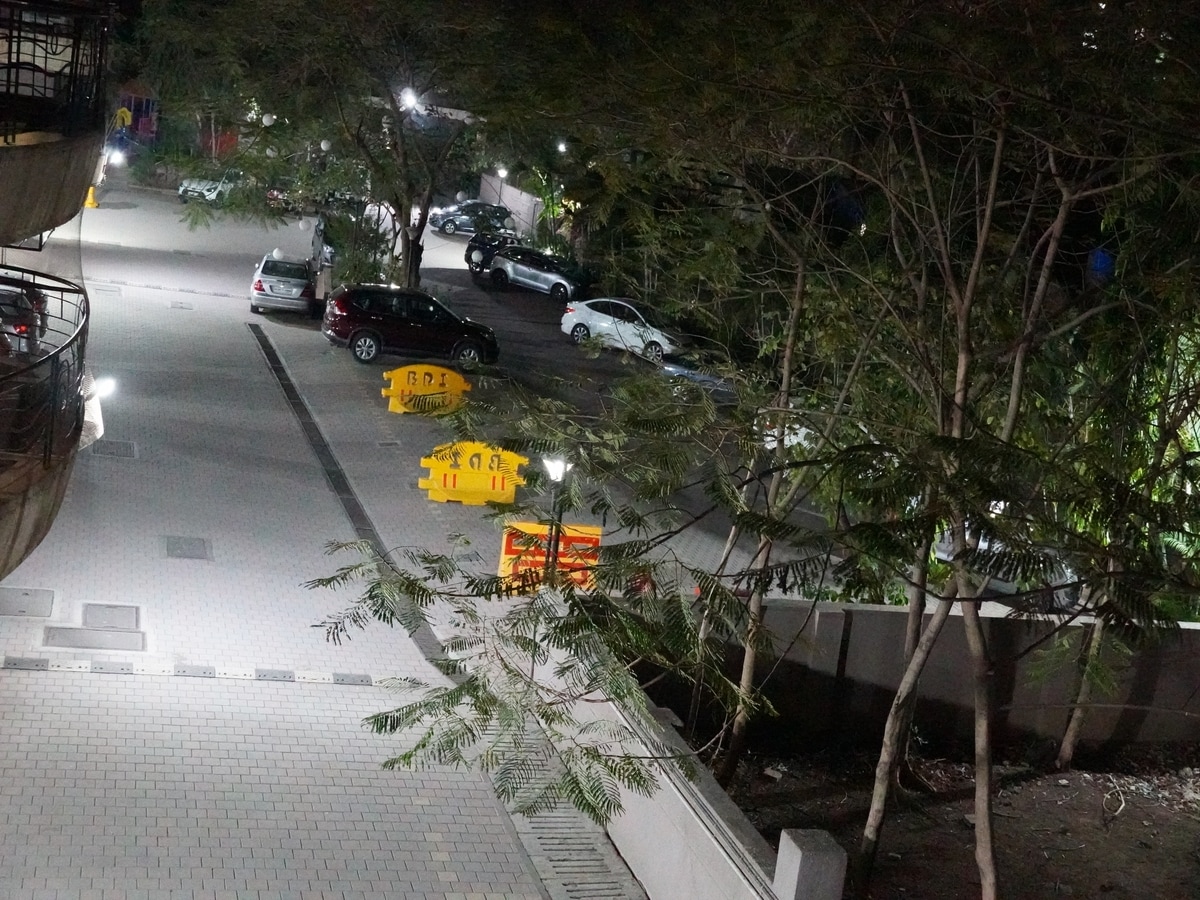 The A6100 is very competent for videos too. 4K videos look great, with excellent detail and colours. Focusing is quick and the touchscreen lets you smoothly transition focus between your subjects with ease. The S&Q (slow and quick) mode is great for slow-motion and hyperlapse videos. The resolution is limited to 1080p, but you can go as high as 120fps (in NTSC mode). Autofocus is slower in low light, and we noticed a bit of hunting when trying to switch subjects, but we guess this could be improved by using a wider aperture lens.

Shooting lots of video or burst shots does take a toll on the battery. Just like most previous A6xxx series cameras (with the exception of the A6600), battery life is fairly average. The rated output is about 360 frames per charge, and with actual usage, we managed to average a slightly higher number of around 400 shots per charge, which is still not great. Thankfully, the battery can be charged using a power bank and you can continue to use the camera while it’s being powered by an external source. It also still takes a while for the battery to charge, and once again, it’s disappointing to not have a USB Type-C port.

Sony has priced the A6100 rather well, compared to the more expensive A6400 and A6600 models. The kit that Sony sent us with the 16-50mm lens officially costs Rs. 75,990, although it’s available for closer to Rs. 68,000 if you look online. With this, you get some of the best of Sony’s mirrorless technology without having to spend upwards of one lakh Rupees, which is a very good value proposition. The only things you really lose out on, when compared to the higher-end models, are the in-body stabilisation, longer battery life, advanced picture profiles, and high-resolution EVF. For most casual shooters, whom this camera is targeted at, none of these things should really be a deal-breaker.

We would have liked a bigger buffer for burst shots, support for faster memory cards, a Type-C port, fast charging, and better battery life. However, considering the core features on offer, the A6100 is still very good value as it brings some of Sony’s flagship-level technology to a more approachable price point.

How are we staying sane during this Coronavirus lockdown? We discussed this on Orbital, our weekly technology podcast, which you can subscribe to via Apple Podcasts or RSS, download the episode, or just hit the play button below.