Priced at Rs. 29,990 in India, the Sony WH-1000XM4 is the new flagship in the Japanese company’s wireless headphone range. The successor to the WH-1000XM3, it looks largely the same at first glance, but there are some improvements both on the surface and under the hood that make this a better pair of headphones. Is this now the best wireless noise cancelling headset you can buy today? Find out in our review.

Small but meaningful changes on the Sony WH-1000XM4

A new model often means a radical redesign in the headphone space, but Sony has largely stuck to the same familiar design across its refreshes. At first glance, you’re unlikely to see any differences between the 1000XM4 and its predecessor(s), but these differences are there. The headband and ear cups are just a bit slimmer than before. Sony also says the gaps between the ear cups and band have been minimised, and the band is now curved a bit finer.

Practically, these changes don’t make the new model feel any different, but that’s not a bad thing — the Sony WH-1000XM4 is among the most comfortable and well-built pairs of full-sized headphones you can get. I also found the finish a bit nicer to touch; the headphones feel a bit more ‘velvety’, which is particularly useful for the swipe controls on the right ear cup.

Like before, there are just two physical buttons on the left side — one for power and the other is a customisable one — and the 3.5mm socket and USB Type-C port are on the left and right respectively. There’s an NFC sensor on the left ear cup, and the gesture-sensitive zone is on the right one.

The useful proximity sensors inside the ear cups, and the quick attention mode (put your hand on the right ear cup to activate ambient sound and reduce the music volume) both return. Additionally, there is also speak-to-chat, a useful new feature on the Sony WH-1000XM4 that works rather well.

The Sony WH-1000XM4 has a familiar design, but with small tweaks that make it a bit more compact

When this option is active, the headphones will pause your music and turn on ambient sound automatically when you speak. This worked reliably every time. It also tended to get triggered if I inadvertently started singing along with the music, but fortunately the setting can be disabled through the Sony Headphones Connect app.

Like on the Sony WH-1000XM3, the WH-1000XM4 has gesture controls on the right ear cup. Although Sony claims that these controls have been improved with this headset, I didn’t really find any difference apart from perhaps the surface texture being a little nicer to run my fingers along. The controls still worked just as well as before.

The customisable button also returns to the WH-1000XM4, and you can set its function through the Sony Headphones Connect app. I preferred to use it to control the active noise cancellation and hear-through modes, but you can also set it up to invoke Google Assistant or Amazon Alexa quickly. You can also invoke the default voice assistant on your smartphone by tapping once and holding on the gesture control sensor.

The Sony Headphones Connect app isn’t as easy to use as it used to be; updates have made it a bit complicated without adding much value. That said, it still lets you control many aspects and settings of the Sony WH-1000XM4, including firmware updates, equaliser settings, the intensity of the noise cancellation and hear-through modes, and adaptive sound controls, among other things. There’s a lot you can do to customise your headphones through the app, and you can also monitor the battery level and codec in use, so this is still among the better companion apps for wireless headphones today.

The Sony WH-1000XM4 uses the same QN1 noise cancelling processor as the XM3, but Sony claims to have improved noise cancellation performance through tweaks to the algorithm. The headphones use 40mm dynamic drivers, with a frequency response range of 4-40,000Hz. Although meant to be primarily used as a wireless headset, you can also use the Sony WH-1000XM4 as a wired headset with the included stereo cable for 3.5mm connectivity. 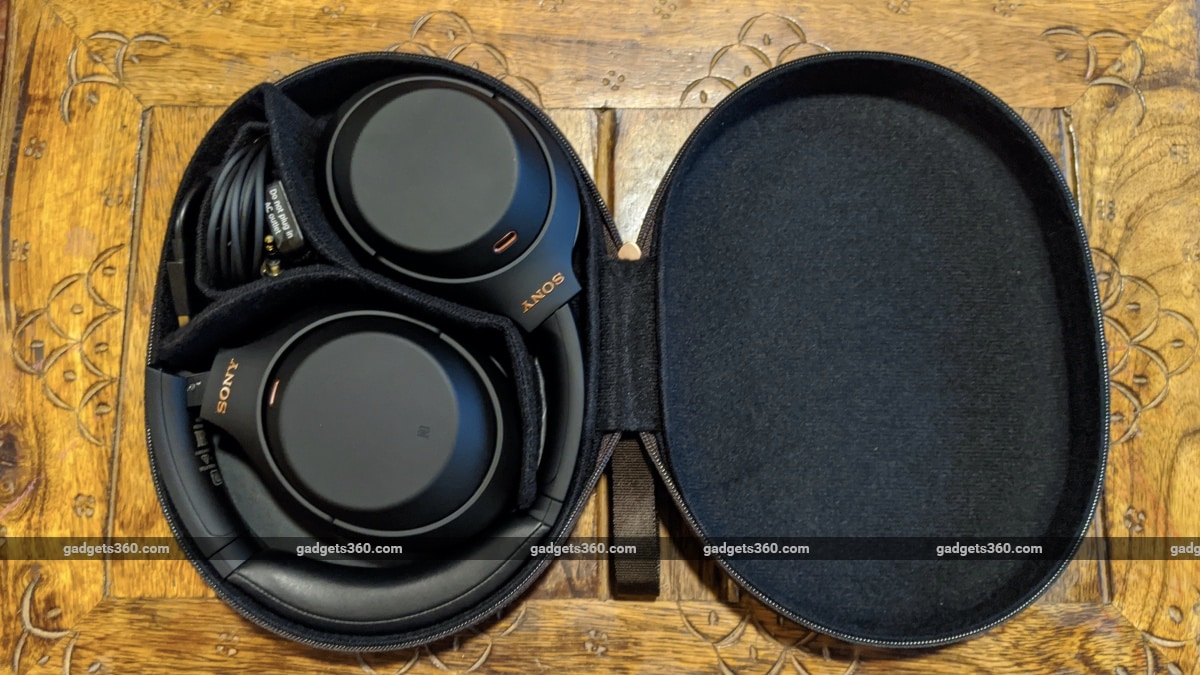 You get a useful hard carry case for the headphones, as well as a stereo cable, charging cable, and airplane adapter

There’s Bluetooth 5 with support for the SBC, AAC, and LDAC Bluetooth codecs. Although Qualcomm aptX support is missing, this shouldn’t make too much of a difference given that LDAC is supported; you’ll only miss aptX when using these headphones with select devices such as Apple computers (which support AAC and aptX but not LDAC). The sales package includes a hard carry case for the headphones, a USB Type-C charging cable, a stereo cable for wired listening, and an airplane adapter.

Battery life on the Sony WH-1000XM4 is as impressive as before, with the headphones running for around 28 hours with active noise cancellation on and the LDAC Bluetooth codec in use. It’s a bit lower than the claimed figure of 30 hours, but still a fair bit higher than the battery life you’d get with competing devices such as the Shure Aonic 50 and Bose Noise Cancelling Headphones 700.

Like its predecessor, the Sony WH-1000XM4 is an impressive pair of wireless headphones. Although it looks largely the same as the WH-1000XM3, small tweaks across all aspects it make for noticeable improvements in the sound quality, active noise cancellation, and the overall immersive and enjoyable nature of the sound. The sonic signature strikes a good balance between detail and enjoyability, and should work for pretty much any kind of listener.

The Sony WH-1000XM4 expectedly performs best when using the LDAC Bluetooth codec, which is supported by most modern Android smartphones, but it also sounds decent when used with the AAC codec. Similarly, any quality of audio track sounds good on these headphones, including regular streamed music on Spotify and YouTube Music, but the Sony WH-1000XM4 is in a league of its own when working with high-resolution music.

I started big with Tidal Masters, listening to various tracks including Change For Me by Brasstracks, Superstition by Stevie Wonder, and Baba O’Riley by The Who. Tthe Sony WH-1000XM4 delivered impressively with all of these tracks. What immediately struck me is how cohesive and calculated the sound is, capturing the essence and feel of the tracks dynamically and almost intuitively. 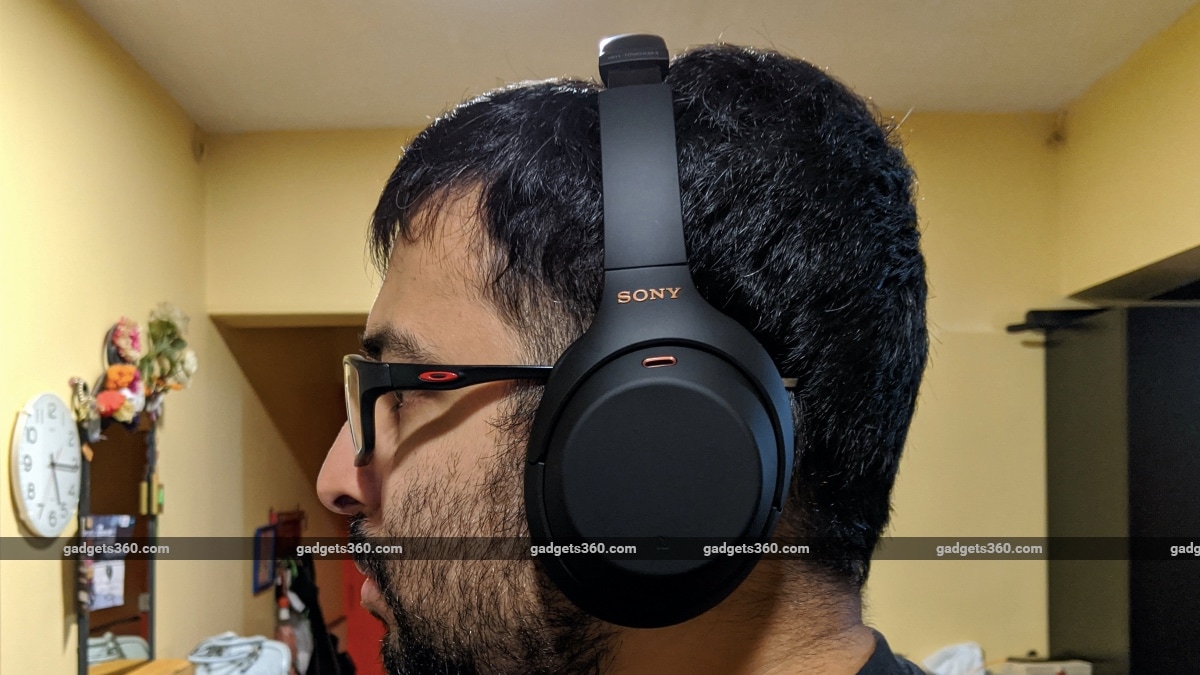 In Change For Me, the synth bass element at the start of the track was an excellent demonstration of detail and interplay between the two channels, while Samm Henshaw’s vocals and Brasstracks’ saxophone riffs quickly took centerstage when the time was right. Baba O’Riley revealed the beautiful soundstage of the Sony WH-1000XM4, allowing the slow, energetic buildup of the track to be felt in all its immersive glory.

Superstition showcased just how detailed the sound imaging is, and how wide the soundstage can really feel. No part of the frequency range felt overbearing, yet the lows, mids, and highs all got their time to shine in all three tracks. The sound felt real, present, and engaging, regardless of the track being played. The Sony headphones produced detail that was largely on par with what I’ve heard with the Shure Aonic 50, which is one of my favourite audiophile wireless headsets.

While the Shure Aonic 50 is much more precise, balanced, and analytical in its approach to sound, the Sony WH-1000XM4 tries to bring a bit more fun into the listening experience. The sound isn’t flat, and is perhaps just a hint less revealing than that of the Aonic 50, but the WH-1000XM4 does manage to push out a bit more drive and power when needed. It also has an incredibly flexible sonic signature that seems as though it’s adjusting itself on the fly to adapt to the track being played. The result is plenty of detail and insight in the sound, but with a hint of flavour as needed. The proximity sensor is inside the left ear cup

Listening to music on Spotify took just a bit of detail out of the sound, but the soundstage, excitement, and flexibility of the sonic signature largely stayed intact. Some of the fainter details in Opposite Ways by Brasstracks were incredibly distinct and real, and the headphones managed to pull out plenty of detail and fun, while remaining immersive and engaging.

The Sony WH-1000XM3 boasted of class-leading active noise cancellation back in 2018, but we’ve since seen better performance from the Bose Noise Cancelling Headphones 700. With the Sony WH-1000XM4, Sony has managed to improve ANC just enough to put itself back on par with Bose.

Active noise cancellation on the headphones is excellent; regular household sounds such as ceiling fans and air conditioners were practically shut out, and the headset also made a noticeable impact when outdoors. The level of silence stopped short of being excessive and unsettling; rather than feeling like being in a vacuum, it felt more real and believable. Importantly, this made a big difference to my ability to immerse myself into and engage with music, with fewer distractions and less background noise. Naturally, this also helped when watching TV shows and movies. 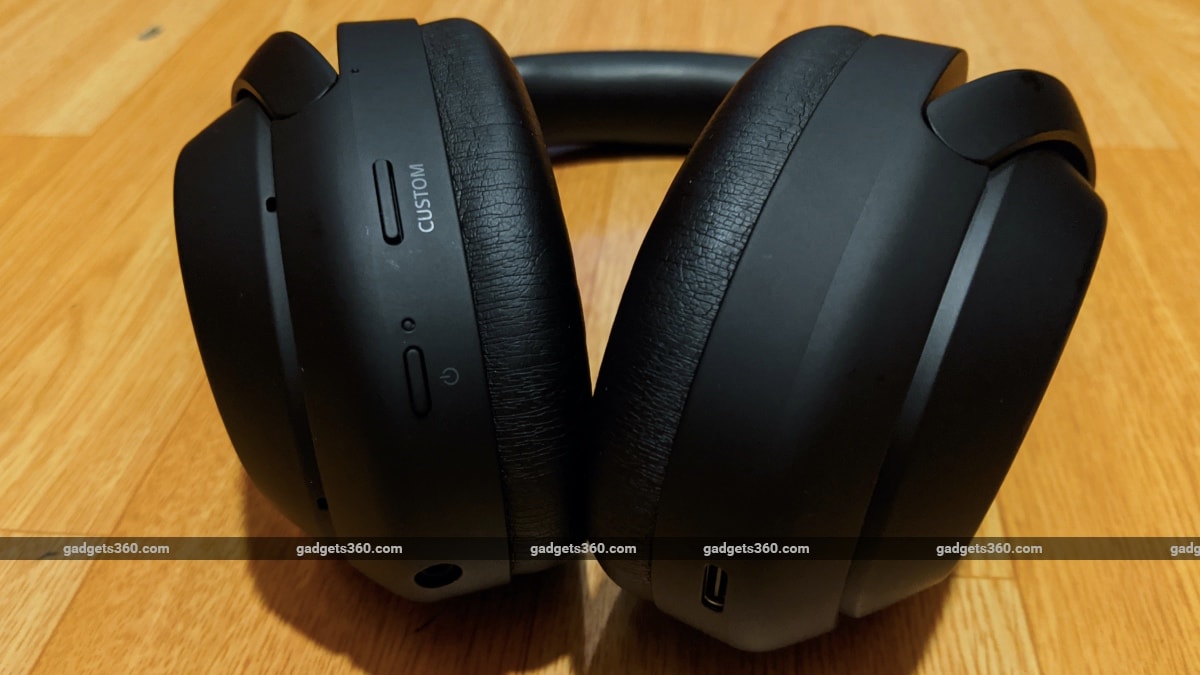 The WH-1000XM4 can be used as a wired headset, and charges through a USB Type-C port

It’s been a long time coming, but the Sony WH-1000XM4 is finally here, and it is well and truly worth the wait. This is an excellent pair of wireless headphones that ticks all the boxes, with great sound, superb active noise cancellation, very good battery life, and useful features such as speak-to-chat that actually work well. Sound quality is the clincher here; the headphones deliver a detailed, exciting, and immersive sound that is hard to fault.

Although it doesn’t look like much has changed compared to the WH-1000XM3, the XM4 is a notably better pair of headphones, and is well priced for what’s on offer. The lack of support for the Qualcomm aptX Bluetooth codec is perhaps the only shortcoming here, as LDAC isn’t supported on too many devices beyond Android smartphones for now. All of this makes the Sony WH-1000XM4 the absolute best pair of wireless headphones you can buy right now, by a long shot.

How to find the best deals during online sales? We discussed this on Orbital, our weekly technology podcast, which you can subscribe to via Apple Podcasts, Google Podcasts, or RSS, download the episode, or just hit the play button below.