Although more attention is usually given to the two opposing ends of the price range when it comes to headphones and earphones, the mid-range is as important, if not strategically more so. Buyers looking for more features and better specifications in headphones usually look to the mid-range segment, and Sony has built a formidable presence in the space with its products. The company recently launched two new models priced at under Rs. 10,000 – the Sony WF-XB700 true wireless earphones, and the Sony WH-CH710N wireless noise cancelling headphones.

Today, we’re reviewing the latter; the Sony WH-CH710N is priced at Rs. 9,990 and is the successor to the excellent WH-CH700N which we reviewed last year. The new headphones are a bit more affordable, with many of the same features and benefits, including active noise cancellation. Is the Sony WH-CH710N the best pair of wireless noise cancelling headphones you can buy for less than Rs. 10,000? Find out in our review. 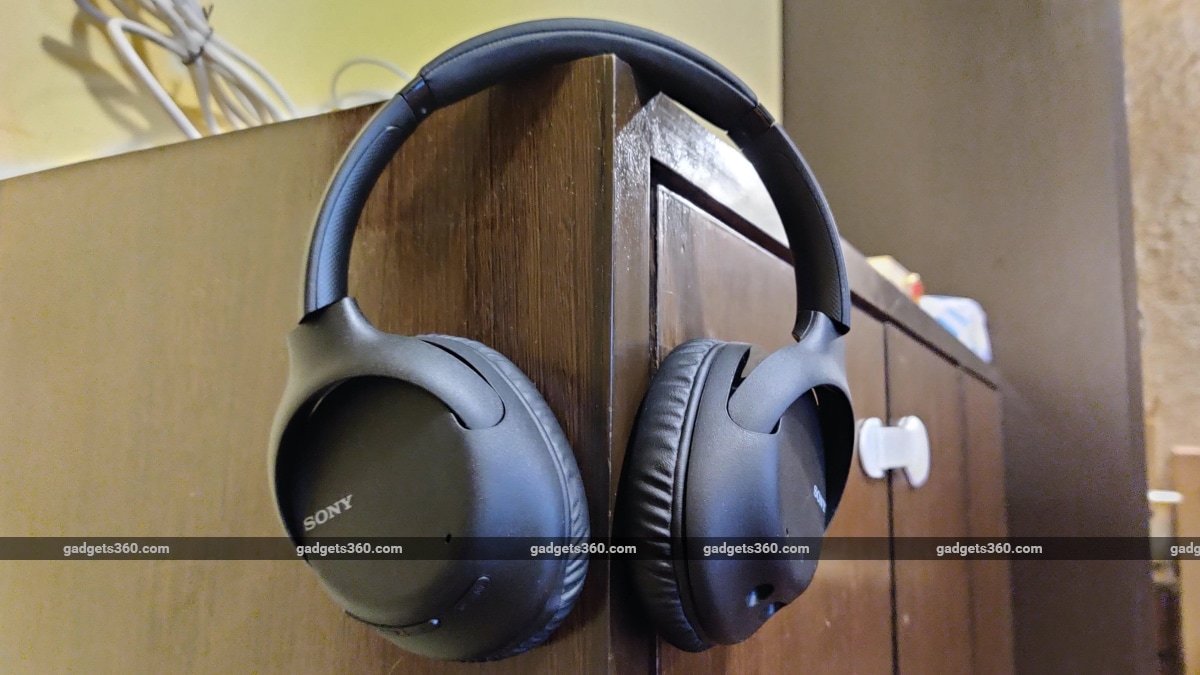 The ear cups can swivel, but the band doesn’t fold for easy storage.

Improved design and USB Type-C on the Sony WH-CH710N

The Sony WH-CH710N is more affordable than its predecessor, and the new model actually looks a bit better in my opinion. Each ear cup is moulded from a single piece of plastic, unlike before, and has smoother edges, while the headband has an identical finish and texture to the earcups. Although the ear pads don’t seem to be as thick as on the WH-CH700N, the overall design keeps the headphones as comfortable as before. The headphones were comfortable for use over long periods of time, and offered a decent level of passive noise isolation as well.

The ear cups do turn completely flat and also a fair bit the opposite way to ensure a good fit, but there’s no folding mechanism to make the Sony WH-CH710N more compact for storage, which is disappointing. The physical buttons and ports are well laid out, with the power button, 3.5mm socket for wired connectivity, and USB Type-C port on the left, and the noise cancellation, playback, and volume buttons on the right. The use of a USB Type-C port is a big improvement here, and there’s also fast charging support.

The only issue I had with the buttons is that they sit almost flush with the ear cups, and were often quite hard to find with my fingers when I had the headphones on. While the power and noise cancellation buttons were a bit easier to use, the playback and volume buttons are close to each other and harder to distinguish between only by touch, and this meant that I often pressed the wrong button.

The centre button controls playback – single-press to play or pause, double-press to skip to the next track, triple-press for the previous track – and also invokes the default voice assistant on your paired smartphone with a long-press. 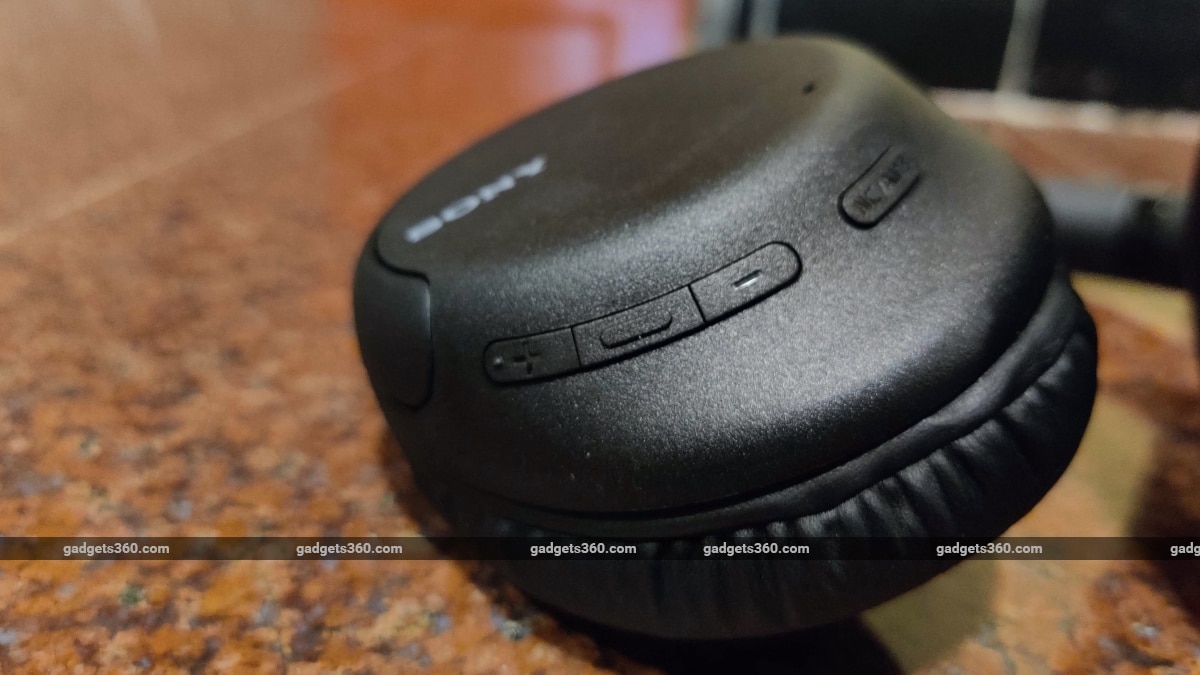 Unlike with many of Sony’s other recent headphones that we’ve reviewed, there’s no app support for the Sony WH-CH710N, and you need to control everything either through your smartphone’s Bluetooth settings or the headset itself. This isn’t an issue, as the headphones are quite uncomplicated and easy to control, but it means there’s no scope for any customisation or adjustments to the ambient sound and noise cancelling modes here.

The Sony WH-CH710N features 30mm dynamic drivers, and has a frequency response range of 7-20,000Hz. The headset uses Bluetooth 5 for connectivity, with support for the SBC and AAC Bluetooth codecs. This is a step down from the WH-CH700N which also supports the aptX Bluetooth codec, and is one of the reasons why the WH-CH710N is more affordable than its predecessor. There’s NFC for quick pairing. The sales package includes a USB Type-C cable for charging and a stereo cable for wired 3.5mm connectivity.

Battery life on the Sony WH-CH700N is class-leading, and the Sony WH-CH710N sticks to this approach for excellent battery life. The claimed figure of 35 hours of wireless use with active noise cancellation on isn’t an exaggeration; I was able to come close to this figure with varied use which included listening to music, voice calls, and watching movies and TV shows with the headphones connected using Bluetooth.

The older Sony WH-CH700N sounds very good thanks to a key specification that’s missing on the new WH-CH710N headphones – support for the Qualcomm aptX Bluetooth codec. The Sony WH-CH710N tops out at the AAC Bluetooth codec, and this means that it doesn’t sound quite as good as its predecessor. However, this pair of headphones is Rs. 3,000 more affordable, and sounds pretty good for a pair of noise cancelling headphones priced under Rs. 10,000.

I used the Sony WH-CH710N primarily with my Android smartphone, along with occasional use with an Apple iPad mini (2019) to watch TV shows. While the headset is tuned for best results with music, its clean sound and useful noise cancellation made it suitable for all kinds of listening and for voice calls as well. Although the headphones sounded a bit rough at first, burning them in made a big difference to the sound quality over time. 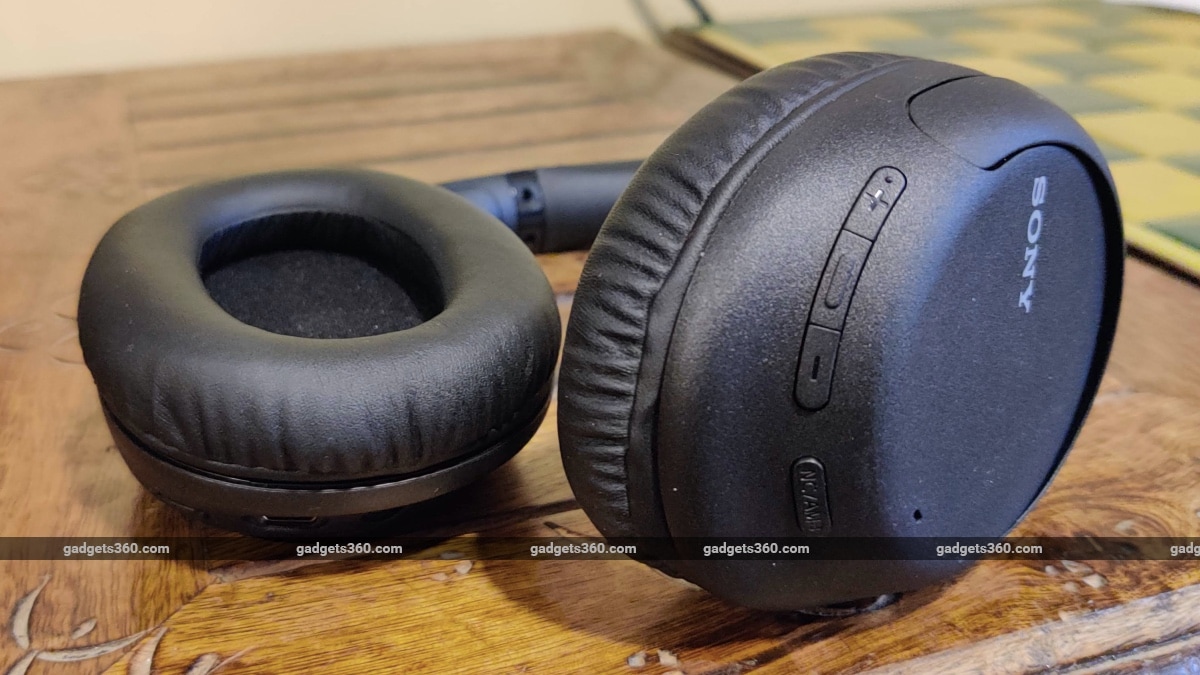 The Sony WH-CH710N is comfortable and looks good as well

Using Bluetooth, and starting with Dance Wiv Me by Dizzee Rascal and Calvin Harris, the Sony WH-CH710N immediately came across as clean, calculated, and gentle. The sound was engaging and detailed, with the headphones giving due attention to frequencies across the response range. Like most headphones in this price segment, the Sony headphones do give the bass frequencies a bit of a response spike, but it’s just a gentle bump that ensures the sound on the WH-CH710N stays relaxed and smooth.

That said, the headphones stop short of being as exciting and driven as the older Sony WH-CH700N. The AAC codec holds the WH-CH710N back in my opinion, and aptX support may have made the difference in terms of the level of oomph I experienced. Listening to Obsolete by Mutemath, the low-end rumble was present and enjoyable, but not quite as emotional and sense-invoking as I’ve heard on good aptX-supported headphones such as the Playgo BH70. It sounded good, but didn’t quite touch my senses, if that’s a good way to put it.

Switching to the classics, I played Boogie Wonderland by Earth, Wind and Fire, and the Sony WH-CH710N brought out heaps of detail in this lively and enjoyable disco track. Faint instruments were distinct and sharp, and the soundstage was wide and immersive for a pair of Rs. 10,000 headphones. Sony’s tuning is on point with these headphones, offering up an enjoyable listening experience with this classic, percussion-driven track. 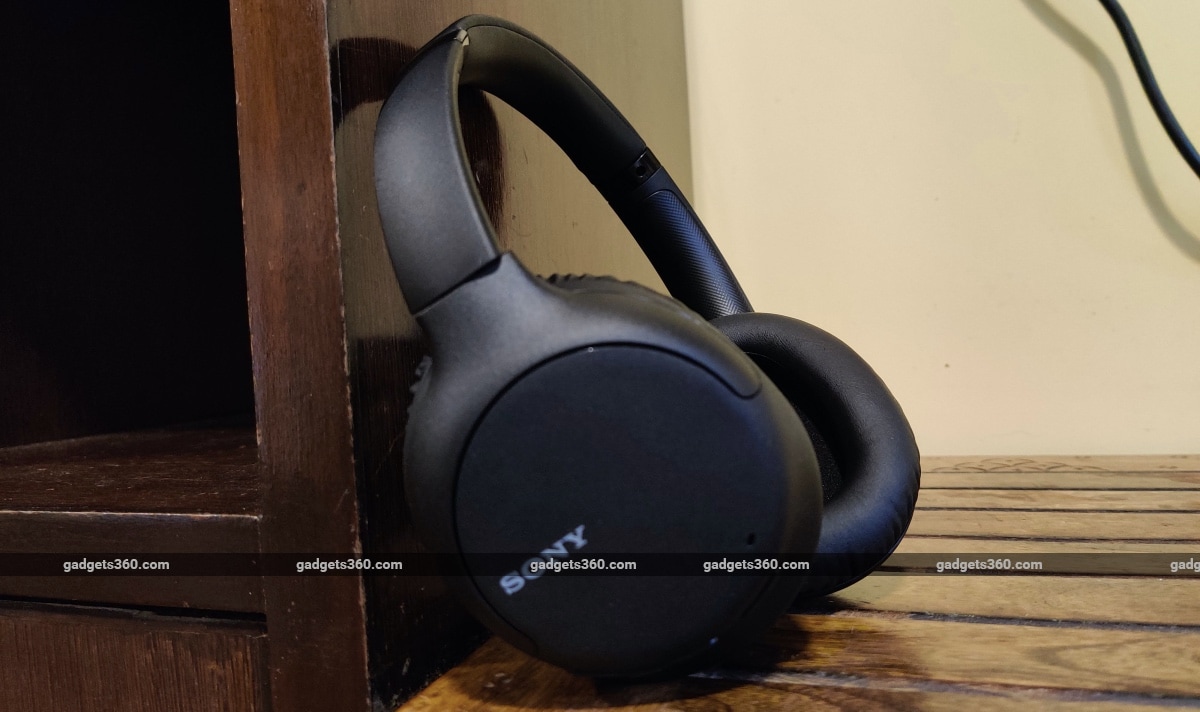 Bluetooth codec support on the Sony WH-CH710N tops out at AAC, which is disappointing

Active noise cancellation on the Sony WH-CH710N is quite good for the price, particularly since we’re used to only basic, functional performance on most mid-range and affordable noise cancelling headphones. The Sony headset did a decent job of reducing background sound, managing to cut out much of the droning sounds of a ceiling fan and air conditioner more effectively than the WH-CH700N and even the Sennheiser HD4.50BTNC headphones.

It’s nowhere near as effective a reduction in noise as you’d get with one of Sony’s more expensive headsets such as the Sony WH-H910N, but it’s entirely usable both indoors and outdoors to make music sound a bit clearer, and the best I’ve heard yet on headphones priced under Rs. 10,000.

The Sony WH-CH710N is also pretty good for voice calls; there was clear sound on both ends of the call, and I didn’t face any issues when using it as a hands-free headset. You can use the Sony WH-CH710N as a wired headset when needed, but the sound was a bit softer than when using wireless connectivity, because of the lack of internal amplification. This comes in handy if you run out of battery and can’t immediately charge the headphones, but the Sony WH-CH710N is meant to be used as a wireless headset.

The Sony WH-CH710N is a rather strange successor product, considering that it’s priced lower than its predecessor. This is largely an improved product; the design is good, active noise cancellation is effective, and battery life is as good as before, if not ever so slightly better. There’s just one parameter where the newer headphones don’t match up to the WH-CH700N – sound quality. It’s a step down, but the sound is still very good for the price, and at Rs. 9,990, you likely won’t find a better equipped pair of headphones than this.

This pair of headphones is suitable for those who prefer a calculated, laid-back approach to their music. There’s just a bit missing in terms of excitement and emotion, but the Sony WH-CH710N more than makes up for this with its noise cancellation and battery life, considering the price. This is now our top pick among wireless headphones under Rs. 10,000.

Why are smartphone prices rising in India? We discussed this on Orbital, our weekly technology podcast, which you can subscribe to via Apple Podcasts, Google Podcasts, or RSS, download the episode, or just hit the play button below.