When someone says ‘wireless’, ‘active noise cancellation’, and ‘Sony’ in the same sentence, they’re likely referring to the Sony WH-1000XM3 headphones. However, that isn’t the only model to check those boxes. The company’s latest high-end, feature-filled pair of headphones is the WH-H910N, which sits just below the flagship WH-1000XM3 in its hierarchy.

Priced at Rs. 20,990, the Sony WH-H910N h.ear On 3 is, like many of the company’s premium options, technically impressive. With features such as active noise cancellation, LDAC codec support, gesture controls, and more, this pair of headphones looks very promising at first glance. Is it truly as good as it seems? Find out in our review. 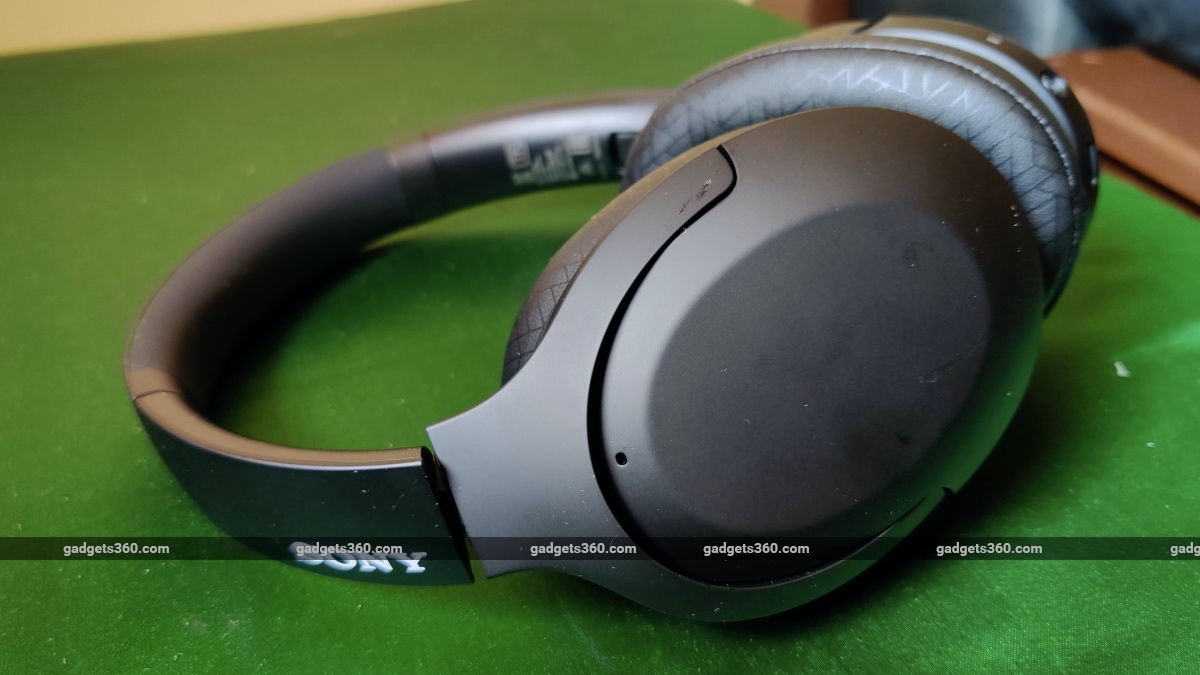 Although there really isn’t anything in Sony’s range that looks and feels as good as the WH-1000XM3, the Sony WH-H910N does come close. It’s a similar shape and size, but with simpler textures and embossing on the exterior. The ear pads feature an interesting pattern. Our review unit was an understated and sophisticated matte black, which is the only option being sold in India. Sony also offers this pair in four whimsical two-tone colour options in other countries. Despite being all plastic, we quite liked how the headphones looked and felt.

The headset has two physical buttons on the left ear cup – one for power, and the other is a multi-function button that can be customised. The USB Type-C port for charging and 3.5mm socket for wired connectivity are also on the left ear cup. The outer surface of the right ear cup is a touch-sensitive panel to control playback and volume, similar to the one on the WH-1000XM3. The multi-function button can either be set to control noise cancellation and ambient sound settings, or to invoke the voice assistant on a paired smartphone; we preferred using it for the former.

Swiping up and down on the right ear cup adjusts the volume, swiping left and right skips tracks, and a double-tap plays or pauses music and answers calls. Placing a hand flat on the surface enables transparency mode, softening any music that’s playing and turning on the microphones so you can hear things around you. The gesture controls worked well for us, and we got used to them quickly.

The Sony WH-H910N is a comfortable pair of headphones; we were able to use them for hours at a time, with only small breaks to give our ears some air. Even with glasses on, the headphones provided a good passive seal, and the active noise cancellation worked as expected too. The headphones are slim despite the over-ear design, and fold inwards for storage. The sales package includes a soft carry pouch, a charging cable, and a stereo cable for wired connectivity.

The Sony WH-H910N h.ear On 3 headphones use Bluetooth 5 and NFC for connectivity, with support for the SBC, AAC, and LDAC Bluetooth codecs. Support for aptX is missing, but this won’t really be missed; Sony’s LDAC codec is widely supported on Android devices. The headphones use 25mm dynamic drivers, with a frequency response range of 5-40,000Hz when using wired connectivity (20-40,000Hz when using LDAC at 990kbps).

Sony’s wireless headphones are known for impressive battery life, and the WH-H910N lives up to the Japanese company’s reputation in this regard. With active noise cancellation running and listening to music using the LDAC codec at high volumes, we were able to use the headphones for around 30 hours between charges; an impressive number that is on par with what the WH-1000XM3 delivers.

As with other Sony wireless headphones, the Sony WH-H910N relies on the Sony Headphones Connect app (available for iOS and Android) to let you control various features. This includes the adaptive sound control, noise cancellation and ambient sound, equaliser, sound quality mode, multi-function button, and more. The app also shows the headphones’ battery level and the codec in use, and lets you install firmware updates. We’ve spoken about this app in detail in many of our previous Sony audio reviews, and it remains as effective and functional as ever with the WH-H910N headphones.

Our experience with Sony’s audio range has been largely positive, and this carries on with the Sony WH-H910N. These headphones stick to the positioning of the h.ear On product range, offering a balanced sonic signature, making for an affordable alternative to the WH-1000XM3. Unlike the Rs. 16,990 Sony WH-XB900N, the sonic signature is a bit less bass-heavy, and connectivity is definitely more reliable.

We tested the Sony WH-H910N headphones primarily with a OnePlus 7T Pro (Review) and an Apple iPad mini (2019). While sound quality was decent with the iPad which was using the AAC Bluetooth codec, the LDAC codec on the Android device sounded significantly better.

Listening to Steps Of Deep Slumber by Seven Lions, the sound felt spacious and wide from the get-go. This spaciousness and the luxurious soundstage made for an enjoyable listen to this peppy electronic track, letting us hear even the faintest of details clearly. The bass drop in the track is accompanied by instruments covering the mids and highs as well. All elements could be heard distinctly and sharply; at no point did any overpower the other.

Switching to a more traditional track with powerful vocals, we listened to Under Pressure by Queen and David Bowie. The two vocalists in this track – considered to be among the best rock musicians ever – were reliably and clearly heard on the Sony WH-H910N headphones. The balanced sonic signature helped in keeping the sound clean and straightforward, allowing the track to dictate terms rather than forcing it like so many other headphones do.

While the sonic signature remained reliably balanced regardless of which device we used, LDAC did allow us to hear a lot more detail, and made for a much more spacious soundstage that helped the headphones bring out the best in our tracks. Our collection of high-resolution audio tracks sounded particularly good on the Sony WH-H910N headphones; Gotye’s State Of The Art almost seemed as though it was being tweaked on the fly, with the lows, mids, and highs each getting their time to shine.

While the sound was impressive, the Sony WH-H910N is still not quite as good as its more expensive sibling, the WH-1000XM3. The flagship headphones offer just a bit more when it comes to precision and attack, with the Sony WH-H910N feeling a little less defined. By no means did these headphones sound bad, though; we found them to be largely on par with options such as the Bose Noise Cancelling Headphones 700 and Sennheiser Momentum 3 Wireless.

Active noise cancellation on the Sony WH-H910N, while decent, isn’t quite as stark and effective as we’ve heard on higher-priced options such as the Bose Noise Cancelling Headphones 700 and Sony WH-1000XM3. A fair amount of ambient sound is cut out, but we were still able to hear faint hums of sounds that would ideally have been reduced more, such as an air-conditioner and the general buzz of the outdoors.

The vacuum-like silence that we’ve grown to love with high-end options wasn’t quite present on the Sony WH-H910N, and it’s things like this that separate this headset from the flagships. Call quality did make up for this to an extent; we were able to hear and be heard on voice calls clearly when using the Sony WH-H910N. 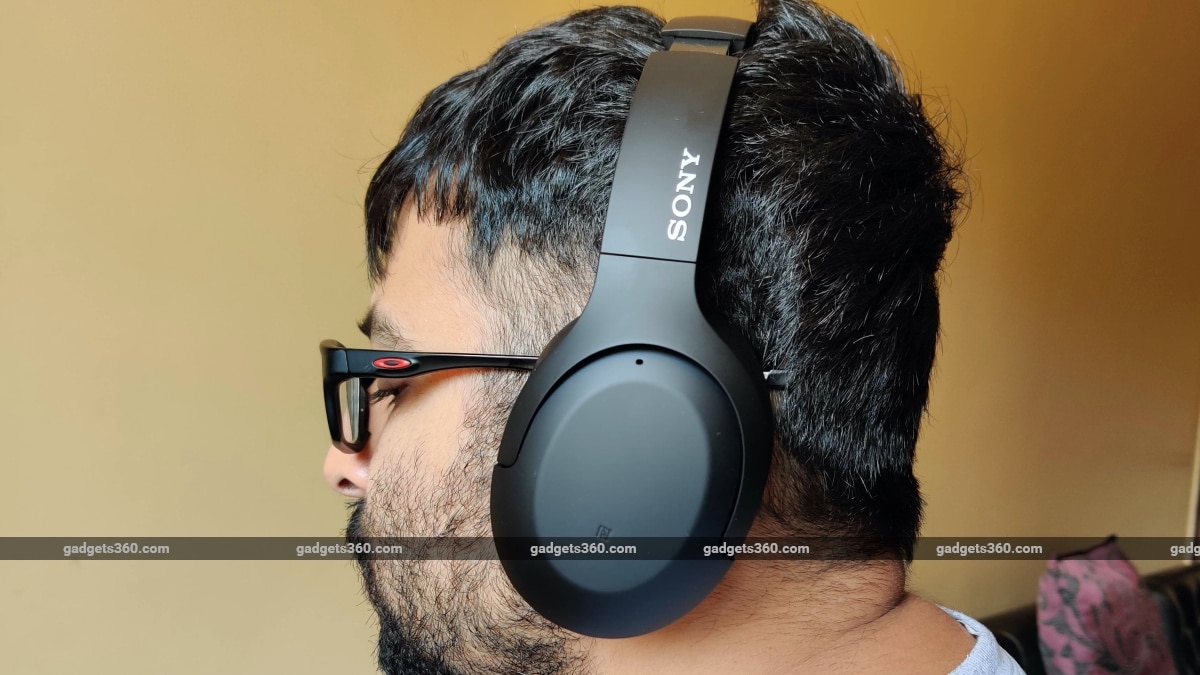 The Sony WH-H910N headphones can be considered to be an affordable version of the excellent Sony WH-1000XM3 headphones; both models have the same features and capabilities for the most part. The differences between the two headsets can be seen in their design and performance, with the WH-H910N a small step below the flagship standard set by Sony.

That said, the price difference between the two headphones isn’t a large amount at current levels; the WH-1000XM3 is selling far below its official MRP because of its age. If you can stretch your budget a bit, the Sony WH-1000XM3 is a far superior option that wholly justifies spending the extra money, despite being over a year old now.

We were expecting the Sony WH-1000XM4 to launch sometime last year, but it could still be a few months away, and its official price will likely be over Rs. 30,000 in India.

The Sony WH-H910N is an excellent pair of headphones, but is only worth considering if you absolutely cannot stretch your budget beyond the Rs. 20,990 price tag. It will serve you well if you want a light, slim and comfortable pair of over-ear headphones. Judged entirely on its own, this is a perfectly good pair of headphones for the price.