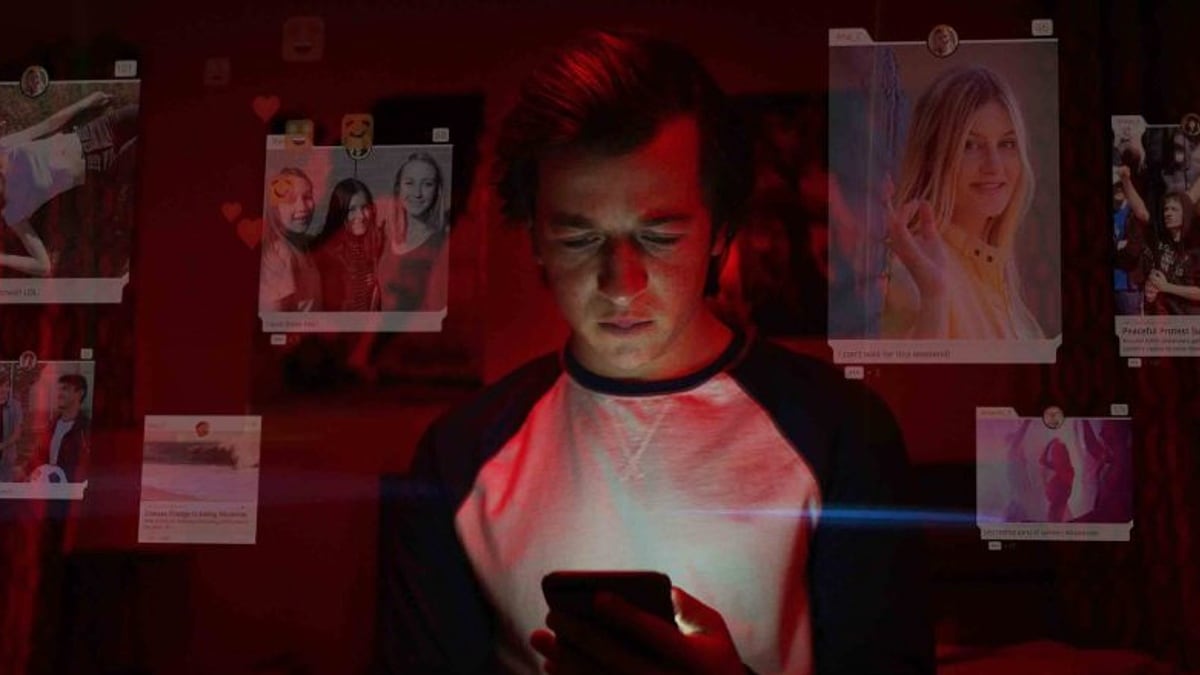 The Social Dilemma — a new documentary that explores the impact of social networking, which released on Netflix last week — manages to answer why you’re watching it even before the first scene ends. Directed by Jeff Orlowski, this documentary made me want to turn off my notifications. Delete the apps I don’t need. And keep my phone away.

If you watch the film only on the surface, doomscrolling through your timeline or multi-tasking across half a dozen apps, you probably won’t be enthralled by it. The Social Dilemma essentially tells you what we’ve been hearing since years – that you need to use technology and social media with caution. That these apps collect our data, that too much time scrolling through them can be harmful, especially for mental health, and that social media has contributed a great deal to the spread of misinformation.

It dives deep into these issues, and makes a compelling case by explaining the whole process in great detail. One of the reasons The Social Dilemma, which debuted at the Sundance Film Festival in January this year, succeeds in driving home the message is because of the people in it.

Insiders from companies such as Facebook, Google, Twitter, Instagram, and Pinterest, warn us about the very systems they helped build. This makes it a lot more effective than reading an editorial or listening to a podcast about the same ideas, also because of the obvious engagement factors – Netflix knows how to pull in its viewers.

The Social Dilemma shakes you up, and you can tell that that was the plan. It has sound effects usually reserved for horror films, and is edited to make you feel like you need to pay attention. Along with crisp interviews of tech experts, the documentary runs a parallel fictional story about how social media affects the life of a suburban family. There is a particularly hard-hitting moment of a young girl going to great lengths to reach her phone that will stay with me for a while.

Some of the tech experts interviewed in the film include Tim Kendall, former president of Pinterest and ex-Director of Monetisation at Facebook, Jaron Lanier, author of Ten Arguments for Deleting Your Social Media Accounts Right Now, and Tristan Harris, co-founder of the Center for Humane Technology who used to work at Google and is clearly the driving force of the documentary.

When the product is free…

A compelling point that could convince you to regulate your social media usage is knowing that these tech experts regulate, if not outright ban, the use of the very apps they created with their kids.

Harris explains the three main goals in technology companies. The engagement goal, to keep you scrolling; the growth goal, to keep you coming back; and the advertisement goal – the one that pays the bills. These goals are backed by algorithms, that know what they need to show you.

The timing of this documentary is both tragic and marvelous. COVID-19 has pushed us all to embrace technology more than ever. How else would we talk to friends, check up on relatives, keep up with the news, attend lectures, and last but probably the most important –doomscroll?

So sure, The Social Dilemma raises important questions, but do we have to take immediate action right now, when technology is one of the few strings holding us all together? Then again, coronavirus has significantly accelerated the spread of fake news, and mediums like WhatsApp and Facebook are being used to spread misinformation. Simultaneous utopia and dystopia, that’s what social media offers.

If you step back for a second, it’s almost bizarre to think of the time and energy these billionaires are spending on you – on all of us. The fact that they know – and not by accident – that I spend a couple of more seconds on cartoons these days than I do on dog photos is inane. We may be insignificant to them, but our data isn’t. The predictability models it enables Big Tech to make based on our data isn’t.

Social networks aren’t the problem — the business models are

‘Fight Fire with Fire’ is one of the Take Action options on The Social Dilemma’s website, and is rightly named so. It encourages you to share The Social Dilemma on social media, with the ones who need to see it the most. Many have indeed taken to social media to discuss the documentary, with a disclaimer that they are ‘aware of the irony’ of doing so.

But that’s how we communicate, so it isn’t really surprising. Social networking platforms aren’t the devil, the film argues – the corrosive business models are. We can demand that these products be designed humanly.

Tim Kendall, the former president of Pinterest, narrates an incident when he couldn’t get off his phone after coming back home from work. He was going to work during the day and building something he was then falling prey to at night. “I couldn’t help myself,” he says.

That’s a feeling most of us are familiar with — not being president of a tech-giant, but of catching ourselves falling prey to the pull of social media and technology, but not being able to help it. The constant scrolling and the dopamine rush every time we see a new notification is something our entire generation is all too familiar with.

Another important theme explored in The Social Dilemma is the political polarisation social media has led to – it features real clips from protests in different parts of the world. We expect people to know the same things we do, but forget that they won’t, because the algorithm works different for them.

Turn off your notifications

At several points in the movie, I’m reminded of the Big Tech Anti-Trust Congress hearing that took place in US a couple of months ago. I’m reminded of how many times these powerful men answered “I don’t know,” or “I’ll get back to you on this,” to questions raised by lawmakers. Most of these were in response to questions about data breach, interference in political activities, and market dominance. I’m reminded that we’re just pawns in the big game.

The Social Dilemma is definitely worth a watch – there’s no dilemma about it. It may be based on things you’re already aware of, but it elaborates on important points and raises relevant questions – though it doesn’t necessarily provide answers.

Can Netflix force Bollywood to reinvent itself? We discussed this on Orbital, our weekly technology podcast, which you can subscribe to via Apple Podcasts or RSS, download the episode, or just hit the play button below.