In its closing moments — minus those two post-credits scenes — as Westworld season 3 episode 8 “Crisis Theory” zoomed out to showcase the scale of destruction in Los Angeles, former construction worker Caleb Nichols (Aaron Paul) had assumed a much more central role in the future of the futuristic dystopian sci-fi series. Specially now that the oldest host Dolores Abernathy (Evan Rachel Wood) might be out of the picture, given she has seemingly been wholly erased, though other versions of her are still around. And that’s what Westworld season 3 had set out to do from the beginning, as co-creator Lisa Joy said in the post-episode breakdown: to look at how humans can be like A.I. and if they can truly change. That’s where Caleb came in.

But that was merely one facet of Westworld season 3, which — as was hinted at by its title, “The New World” — arriving after a hiatus of nearly two years, felt like a semi-reboot of the HBO series’ original designs, as it brought us into the human world. Gone were the sun-kissed Western visuals, in came desaturated cityscapes. With it, out went with the endless love for confounding mysteries — season 3 did have a couple, including who Dolores carried in those tiny control unit orbs — and was replaced with the more straightforward embrace of high-octane thrills. But in changing its skin, Westworld looked to have lost some of itself. And it’s never felt like HBO’s next flagship to take over from Game of Thrones, even as it got the Thrones creators for a cameo.

If Westworld season 3 has looked like the next anything, that would be Joy’s husband and fellow co-creator Jonathan Nolan’s own previous show, CBS sci-fi crime procedural Person of Interest. Helping those parallels was the introduction of Rehoboam, the predictive A.I. that sits in that giant sphere in the tech giant Incite’s Los Angeles office, created by season 3’s new data-harvesting rich villain Engerraund Serac (Vincent Cassel). Rehoboam is named after the Israelite king who succeeded Solomon, the name of the earlier predictive A.I. that Dolores kills with an electromagnetic pulse in season 3 episode 7 “Passed Pawn”. Rehoboam is a bit like Person of Interest’s A.I. Samaritan, which also labelled threats to world order as “deviants” and decided the fate of citizens globally. 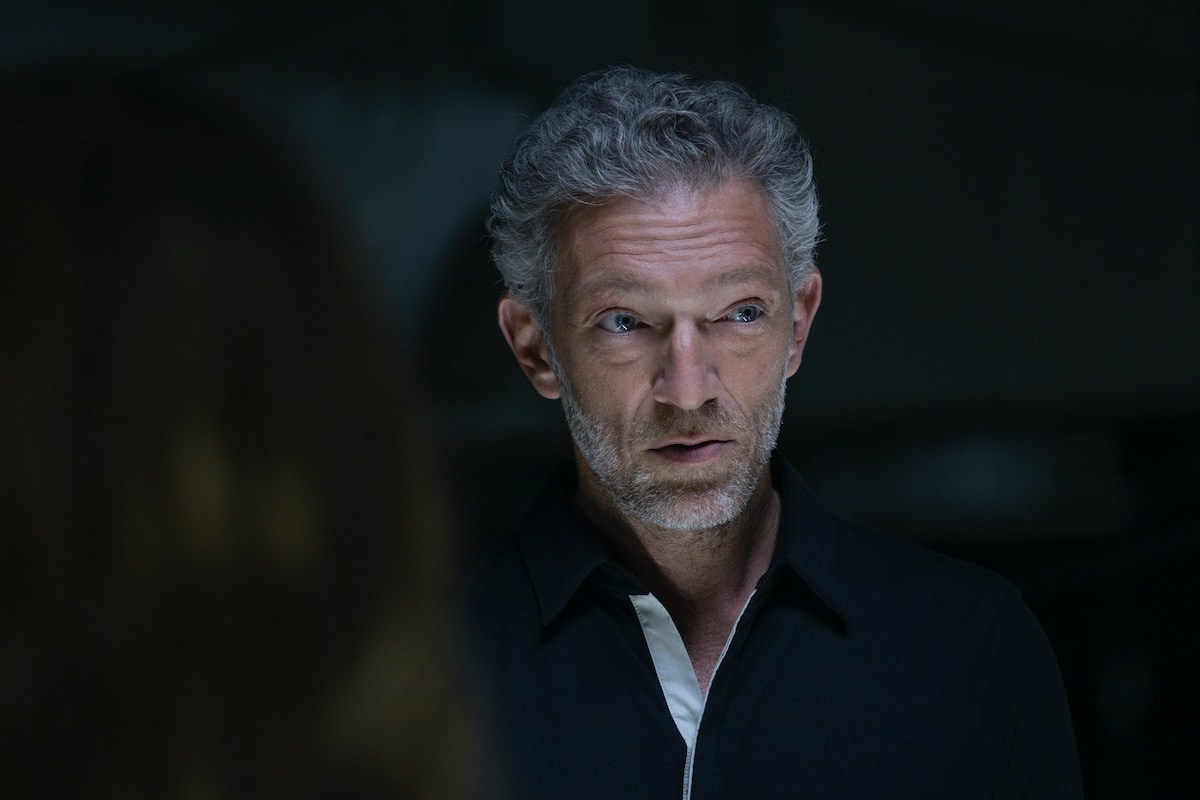 But both the strands this led to felt unconvincing on Westworld season 3. Let’s tackle Rehoboam first. After Dolores decides to tell everyone what Rehoboam thinks of them, the world is engulfed in chaos as riots erupt globally. But that doesn’t feel right. Sure, some people might genuinely react like that. But most will just take affront to an algorithm telling them what their lives will look like, and then start to take steps they think will influence their Rehoboam-determined “fate”. The fact that some of the rioters are paid, as Caleb discovers from Dolores in Westworld season 3 episode 8, makes a little more sense, but the scale of the violence is out of place. Instead of thoughtfully approaching the privacy issue, Westworld season 3 used it to serve its “revolution is coming” plot.

The second and more compelling thread is about host in-fighting. Serac needed a weapon in his fight against Dolores — the variable that was messing up all his plans for humanity — and he chose her host equal, Maeve Millay (Thandie Newton). Maeve is initially pressured into it as her life is held hostage by Serac, who later also offers her a reunion with her daughter, if Maeve manages to extract the key to the virtual world Sublime, which Serac needs for reasons unknown — he died before he could tell us. But the ideological differences in Dolores vs. Maeve are never seriously felt. Maeve sees Dolores bringing copies of herself as a betrayal of their kind, giving her a bit more ammunition, though she must realise that humans (as is Serac) will never truly let hosts be free. The two ought to have secretly teamed up, but Westworld couldn’t — or didn’t want to — figure out how to do that.

It didn’t help that Meave seemed to go around in circles for virtually all of Westworld season 3. She was the only one who began the season in a theme park simulation, the Nazi-inspired Warworld, before breaking out and meeting Serac. Forced on a new path, Maeve encountered a Dolores clone in the body of Musashi (Hiroyuki Sanada), only to die and end up in Warworld again. For what reason? To recruit help for her impending battle with the actual Dolores. But she’s still a step behind Dolores, as she ends up losing her love Hector Escaton (Rodrigo Santoro) for good to the Dolores clone in the host replica body of Westworld chief Charlotte Hale (Tessa Thompson). Maeve felt stuck in a loop by design, almost as if she was waiting on Dolores to finish her story so hers could begin. 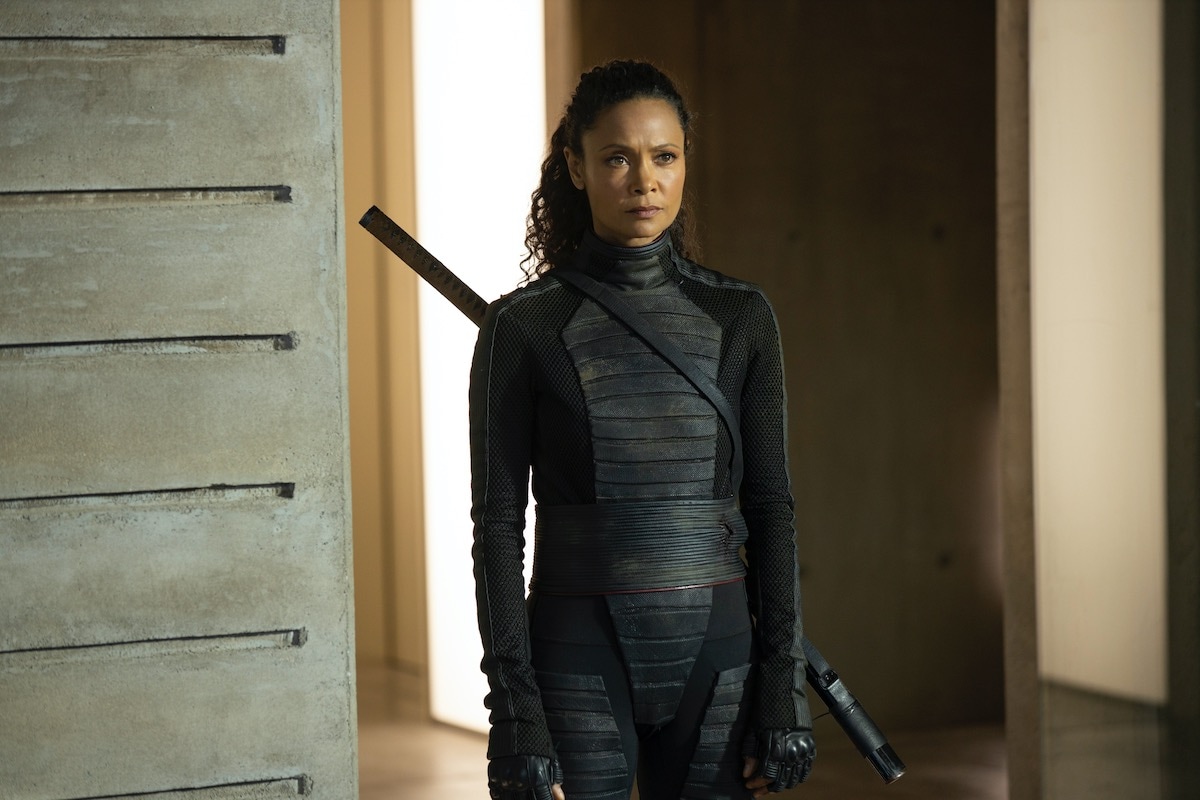 By contrast, Dolores-Charlotte fared much better than Maeve on Westworld season 3. Dispatched by Dolores to take Delos — the maker of Westworld and other parks — private, Dolores-Charlotte had to deal with three different fronts. The most personal one was Charlotte’s body fighting off the Dolores control unit, changing her in the process. That was helped by the fact that she was the only primary character with a family: a husband and a son. Though not hers, Dolores-Charlotte came to connect with and feel for them as the season went on. Losing them changed her massively. And lastly, on the Delos front, she had to contend with new buyer Serac, for whom the original Charlotte was working. By the end, in the post-credits scene, she has emerged as the new villain.

With the number of host-building machines at her disposal in Delos’ Dubai office, and the societal collapse already in place, it’s clear that Westworld season 4 is hinting at a major conflict. Hopefully, the action will be better than season 3 too. You’d think hosts would develop a different fighting style than humans, one that bends some rules we can’t.

And it’s clear that Caleb and Maeve will be on the opposing side, trying to fulfil Dolores’ mission of creating a new equal world for humans and hosts. Though Maeve doesn’t need a reason to stop Dolores-Charlotte, who gave her enough reason earlier in Westworld season 3 when she destroyed Hector’s control unit, thereby killing him for good.

At the same time, the second post-credits scene with former Westworld programming head Bernard Lowe (Jeffrey Wright) raises questions, since it’s obvious a lot of time has passed. Will Westworld be split across timelines again in season 4? Or is that scene closer to the timeline of the season 2 post-credits scene with William (Ed Harris)? Speaking of William, he achieved naught this season, if you think about it. After spending most of the season in his head, he vows to erase the hosts in the Westworld season 3 episode 8 only to die in the post-credits scene. Hilarious. At least there was a bit of poetry in being killed by a host replica of himself, who’s part of Dolores-Charlotte’s plans.

Westworld Renewed for Season 4 by HBO 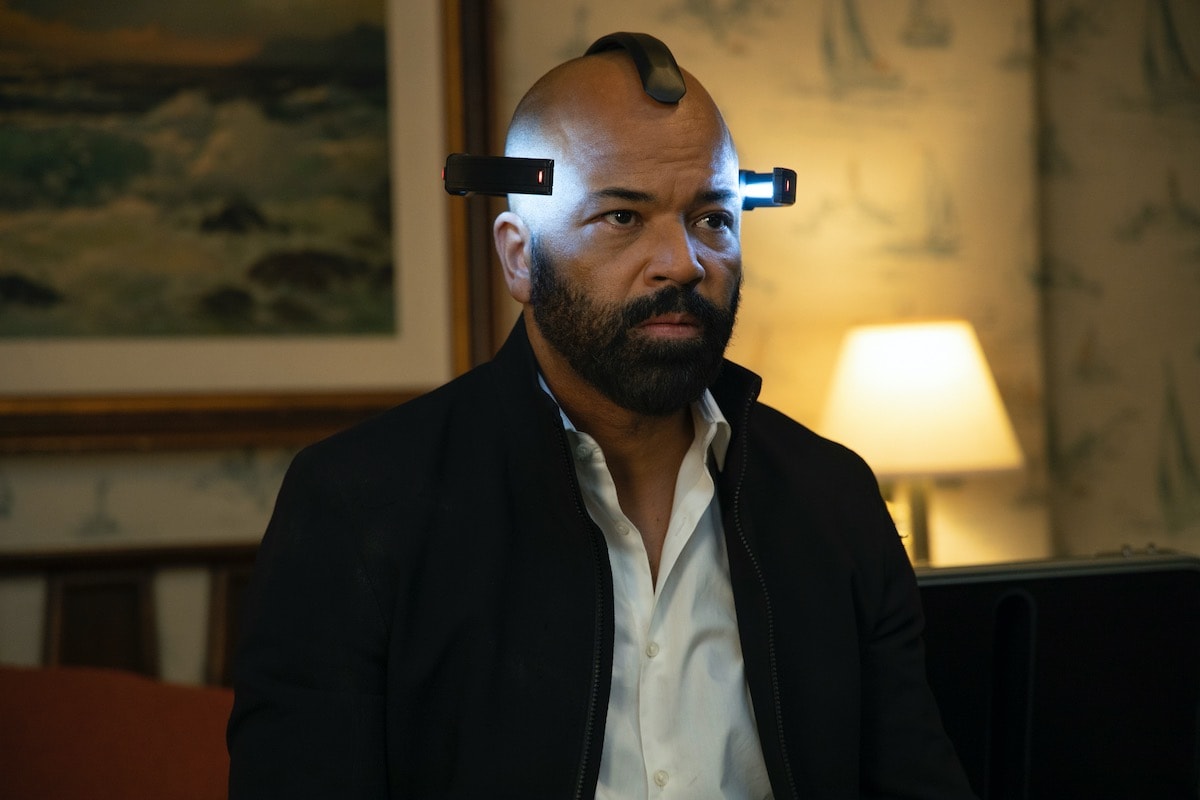 Like it or not, that’s the new world, as Maeve says to Caleb in the closing moments. The New World a.k.a. Westworld season 3. It wasn’t great. It felt like a seesaw of sorts in terms of quality, with episodes suffering from filler even as they got the job done. That’s not good for a show that’s meant to be HBO’s next flagship series replacement for Game of Thrones. More so for a season of Westworld that delivered two hours less than prior ones. Style over substance, and setup without proper payoff have been recurring problems for Westworld. Putting on a new skin in season 3 wasn’t going to cover that. But it can be whoever it wants, as Maeve said. It is Westworld‘s choice. Maybe it can find the inspiration in some of Dolores’ last words: “Free will does exist. It’s just f—ing hard.”

Westworld is streaming on Disney+ Hotstar in India.